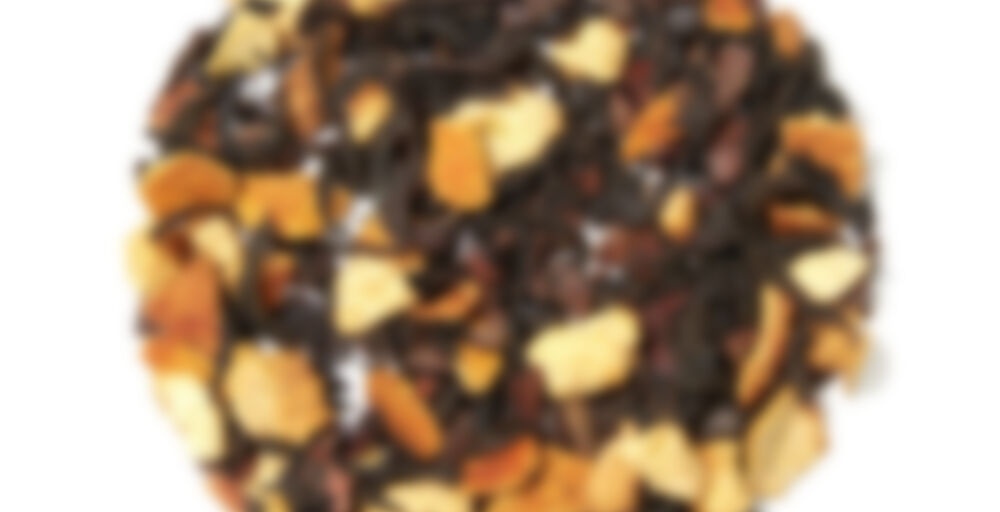 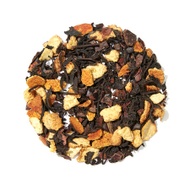 Oops, we might have created a classic. By combining delectable dark chocolate ganache with a heavy-handed addition of fresh orange juice and zest, this black tea tastes even better than the chocolate orange dad always gifts you. It’s a smashing combo.

Black tea gives you a caffeine boost without the chocolate sugar crash.

How it tastes
Delectable dark chocolate bursting with zesty orange

D is for.. Dark Chocolate Orange

Between the dashboard being down and me having to travel a bunch, with long drives through boring countryside, I fell out of the habit of checking steepster. I was in the middle of drinking teas alphabetically and kept drinking this one and forgetting to log it, so I’m going to do my best to sum it up.

I tried this both hot and as an iced latte. I personally prefer it hot, I feel like more of the flavor comes through that way. It tastes much more like a Terry’s Chocolate Orange. I do miss the pu’erh of the old one, it brought something special that this one doesn’t quite have. But I know realistically that the pu’erh is probably intimidating or unappealing to a lot of people and therefore a tough sell. This blend does have stevia, and when it’s hot I can get past it enough to enjoy the tea. However, when I made it as an iced latte, the stevia ended up front and center and super strong to the point where I couldn’t taste the other flavors. It was pretty intense but my fiance liked it that way, so he ended up finishing off the iced latte.

This is the third (and final) new tea from the Autumn subscription box – new, in this case, just meaning teas that released for the first time through the subscription box…

I waited a while to do this tasting note because I wanted to try the tea again – I don’t drink chocolate teas often and it’d been many months since I last tried it. I think potentially even all the way back to when we were wrapping the development for it!? It’s not the first time DT has done a chocolate orange tea. The one I think most people will be familiar with is the Chocolate Orange Pu’erh and then also Mocha Orange Biscotti; although there was more going on that just chocolate/orange with that blend.

I’m definitely in the camp of people who liked Chocolate Orange Pu’erh a lot – I just thought the balance of two flavours there was so good and it was the first ever blended pu’erh that I ever tried (I think maybe the first pu’erh in general!?) so there’s a bit of a special association there. However, I remember selling that tea in stores and a lot of people didn’t like the pu’erh base – it was one of the more earthy and forward tasting pu’erhs that we carried at that time and pu’erh is one of those flavours that definitely doesn’t agree with everyone and I think can take a little adjusting to.

This blend seems, to me, a lot more immediately approachable for the average person. It’s a clear and distinct chocolate and orange flavour, and pretty sweet without sacrificing the body and thickness of the black tea or getting too much of that weird filmy/oily quality that sometimes happens with chocolate blends. I think the orange is stronger in this blend than Chocolate Orange Pu’erh – certainly brighter, at the very least. Part of that is the stevia in the blend – it kind of boosts/lifts those orange notes more to the top of the sip. I don’t personally find stevia off putting but I know a lot of people do, however I think it’s really mild in this blend all things considered & blends quite seamlessly into the orange flavour in my opinion.

Overall I enjoy this blend – I’d rank it higher than Mocha Orange Biscotti but a little lower than Chocolate Orange Pu’erh, in terms of my own preferences. I hope other people enjoy it too!

This sounds delicious. Orange/chocolate is my happy combo.

Another cup of this, I still feel the same about it, which is that I like it but a swap in the tea base could take it to the next level, as the flavouring is pretty much perfect chocolate orange.