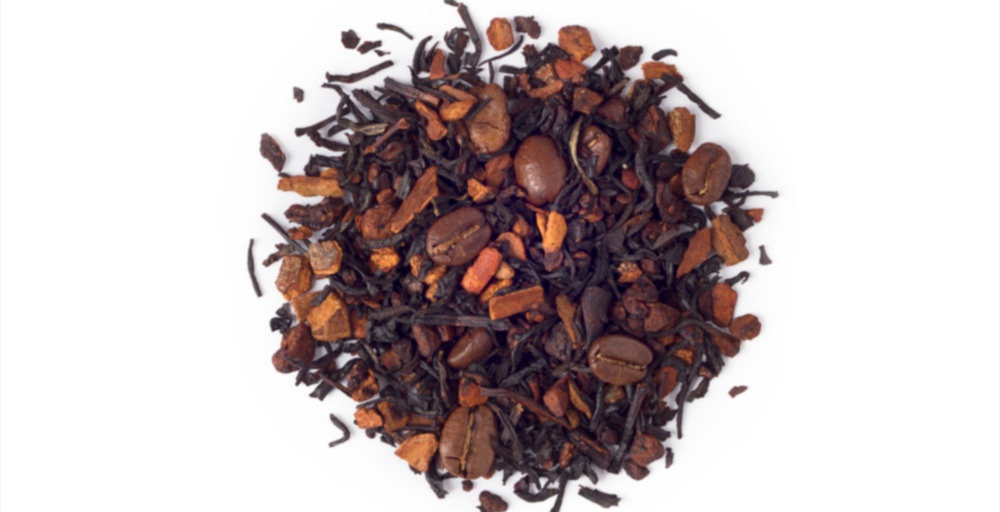 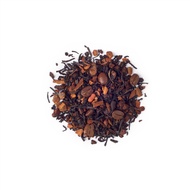 Sometimes you need more than just energy or great taste. Sometimes, you need a tea that has it all. Like this incredibly rich and satisfying java-spiked blend. With black tea, roasted chicory, cinnamon and coffee beans, it’s sweet and complex blend that even coffee lovers go crazy for. So next time you need a sweet treat and a pick-me-up all rolled into one, you know what to reach for.

Back in my college days, a friend and I took a train down to New Orleans for spring break. It was a week after Mardi Gras, so no major partying going on, but we got to spend about 4 days wandering the French Quarter and seeing the sights.

We came away with a few impressions. First off, the people there were majorly friendly. Second, no one batted an eye (or asked for ID) for two underaged girls asking for alcohol. Actually, that is not accurate We didn’t ask for the alcohol, they offered it to us and we just said yes and thank you. :)

That was also an interesting year weather wise. It was around St Patrick’s Day and the weather was cold, windy, and rainy. One evening while we were at dinner, it started to snow. Everyone kept wanting to tell us that it NEVER snowed there, let alone at that time of year.

On one particularly miserable day, we ended up spending something like 5 hours huddled up at the Cafe du Monde drinking chicory coffee and an obscene number of orders of beignets. They let us sit there for 5 hours, they deserved some money for us taking up space and man they were good.

The beignets are a hazy memory, but the chicory coffee has always stood out in my mind. That bitter quality really stood out as something I had never tasted before. And Espresso Yourself brought that all back to mind. Only here the bitter chicory stands out more and the coffee is more of an accent flavor. I think I would have preferred more coffee and less chicory. Or maybe even a higher tea to chicory ratio.

The cinnamon is a nice little touch. Something you notice more in smell than taste, though it is there.

But, there seems to be an almost odd aftertaste that isn’t very pleasant. I’m unsure if its the chicory or maybe a aftertaste from the flavorings.

Its been a really long time since that spring break. To give an idea, a few months later I would be up to mid thigh in water tossing around sandbags trying to hold back the flood waters. So my memory of that chicory coffee isn’t enough for me to identify exactly where this after taste is coming from.

But, at the least, its been a nice diversion down memory lane. I remember looking out the train window, staring out at what seemed like endless swamp wondering is there was any dry land for the train to be running on. Or getting back just in time to drop off my bag and dash off to make my 8am Physics lecture. Ah the days when sleep was optional. :D

The flavour here is toasty and earthy, like the best parts of coffee mellowed out. The cinnamon is taking a backseat (I’m quite happy about that as I generally don’t enjoy cinnamon-forward teas).

For some reason, this comes across in my mind as a fall tea. The colours of the dry leaf are Halloween-esque and it just makes me think of autumn.

Cardamom was the one blended I to brown sugar for coffee mixes.

So good. Tastes like a non-bitter cup of coffee. Going to be added to my morning routine

Wonderfully mellow for a tea with coffee in it. The chickory smooths out the coffee, leaving the taste very earthy.

This tea smells faintly of coffee and cinnamon. It brewed to a satisfying dark red brown colour When I drank it Espresso Yourself started off slightly bitter on my tongue with a faint taste of coffee. After swallowing the tea I was left with a strangely sweet and creamy after taste. I can’t say the taste was very pleasant but it wasn’t horrible either. I’ll probably finish off my 50g of it sparingly as a pick me up at work, because the espresso bean, tea combination did perk me up quite a bit.

I brewed this one time in a 16oz Teavana Glass Perfect Tea Maker/Gravity Steeper with 3 tsp leaf and 200 degree water for four minutes.

(The first part of this review is rambling about my day; the second part is the review itself. If you wish to skip directly to the review, it is clearly marked below.)

POOP ON MY ROOF:

I have (bagged) dog poop on my roof.

After my dog did his morning business, I bagged it and tried to throw it toward the corner of the house where the trash can is. Except I don’t understand angles, and I underhanded the throw, and thud. A baggie of dog poop on my roof.

I texted this fact to my husband and he simply replied, “this is my life.”

People are SLAMMING this tea on here, but I like it. It’s basically black tea with coffee and cinnamon in it. I guess there’s an edge of sweet artificiality in the “cream flavoring.” I don’t mind that. However, as I always say, I AM A DIET COKE FIEND. (Which is different from a “coke fiend” or even a “Coke fiend.”) Bring in stuff derived from tar. I will put it in my face.

I found this tea a lovely way to celebrate National Coffee Day. Thanks to officemate K for the sample! (She’s probably not reading this. But if you are, K, I appreciate all that you do, and your cat is cute.)

Thanks for sharing about you day! This made me laugh! Good thing I’m on lunch break! Also, totally something I would do.

This review cheered me up too (I hope not at your expense)! Thanks for sharing!

Espresso yourself. Love the name. Love the fact that it’s organic, and with simple ingredients. The coffee beans are a nice touch. It brews up dark and dense, and not as overpowering as Coffee Pu’erh. I drink it mostly as a latte.

This is another David’s tea that initially tasted great, but the aftertaste was so fake and artificial tasting.

Just not what I was looking for.