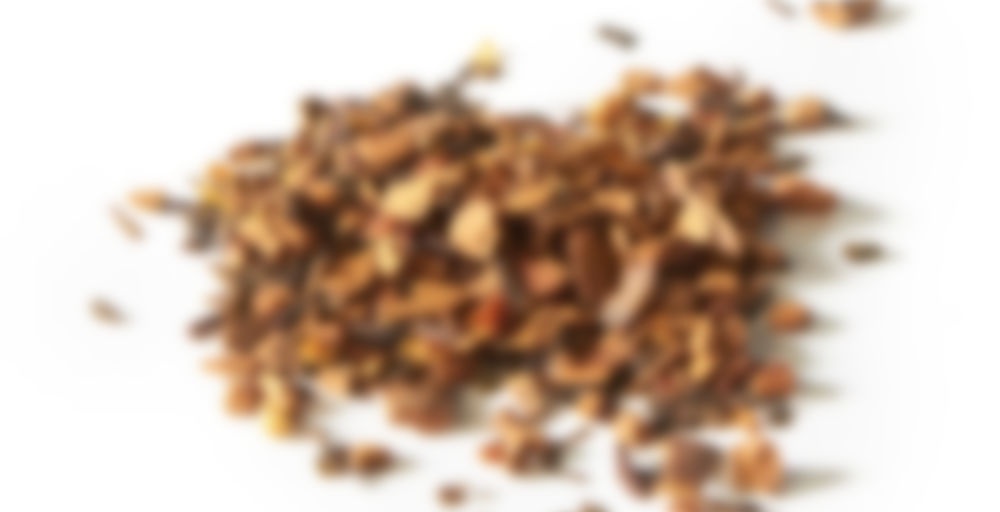 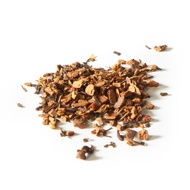 with 85 Ratings Rate this tea Rate This Tea

Heat things up with this naturally sweet organic green tea. Packed with the warming flavours of cinnamon, cloves, orange peel and chili, it’s the perfect antidote to freezing temperatures. There’s just something about a zesty green tea that’s instantly comforting – like a warm spice cake or a glass of hot punch. One sip is all it takes to get that cozy fireside feeling going.

Variety is My Spice

So I bought 9 different teas for my sister in law from Davids – about 20g of a variety to help her figure out what she likes. I bought this one as well, and then sorta wanted it for myself, and then compromised by taking one scoop out so I could try it and decide for myself later on if I should buy more.

It’s really refreshingly orange, and what I call, zippy. The cinnamon and chili are the most dominant flavours in this blend, and I like it. It’s been ages since I had an orange-cinnamon tea. I haven’t tried H&S’s green blend so I can’t compare it to that, but I do like the green version of this type of tea about as much as I do the black. It does taste less like artificial sweetener than the H&S black blend did, so maybe this would be worth stocking up on… (It does still taste a little like artificial sweetener though. Just not as noticeably? And it could be something in the blend that makes it taste that way without it actually being sweetener.)

Today was my first visit ever to an actual David’s Tea store. All of the teas I had had so far I had either stolen some from friends (hehe) or bought online. The nearest store is a 3-hour drive from where I live, so… Anyway today, I was very excited. I had heard a lot of good things about their costumer service and my experience today was awesome. The store was crowded and yet the nice lady was very patient and funny. I smelled so much tea ! And I bought a lot too. Oops.

This one came out today so it was one of the two teas of the day along with White Chocolate Frost. It is amazing ! I didn’t get any of the orange though, mostly just cinnamon, but a very sweet kind of cinnamon almost like those Valentine cinnamon hearts. The perfect tea for the month of February ! Warming and soothing and just yummy!

I’m happy you had a great experience! They are the #1 reason that I attempted playing around with loose leaf. I was nervous and intimidated, and I feel shy walking into a store where I know nothing, but they were so friendly and disarming that it didn’t take long to get me comfortable! Even though I don’t buy as much from them now that I’ve branched out to other companies, I still think highly of them as a company.

I felt exactly the same yesterday ! I was nervous and intimidated, and I felt stupid for feeling like this, and it was so crowded I thought the lady would never tike the time I needed to let me decide… I was about to give up and just buy stuff online instead, but then she started asking questions and making conversation like I was the only customer in the store. I got to smell all the teas I wanted to try and more, and I ended up very happy about my teas and my customer experience. :) Plus I also had passed by the free teas of the day without trying any because it was too crowded, and when I had paid and everything she still took the time to ask me if I had tasted it or not and she gave me a sample cup. How amazing !

I tried this when I visited David’s Tea yesterday. This is a tea which I have wanted to try since it first came out. I have to say that I was pretty disappointed with this one. I found the orange to be very sirupy and the tea was overly sweet (I didn’t even add any type of sweetener.) The tea left a weird aftertaste in my mouth as well. I can’t see myself wanting to try this again.

Comments: delicious, i like it, but where is the green tea?

Leaf system:
1=Bleh! not again if it were free
2=Acceptable, if it were free or there were limited other tea options
3=I might purchase this tea from time to time, or select it while out
4=A staple in our cupboard from now on, I will purchase and keep purchasing

Statement of Sponsorship or Advertisement:
I purchased this product.

Disclaimer:
All my reviews are as unbiased as possible, whether I buy or receive free product. I accept no other compensation other than free product.

Green tea and spice just don’t really go together in my head. Idk why. Also not a fan of orange and spice combos although I have mostly had it in bath and body work type products lol This tea should just be called cinnamon spice. Thats all I get, don’t get the orange or the green tea. I don’t like a cinnamon heavy tea, at least not the kind that David’s tea uses. Not for me.

Saturday 2/27 only today and tomorrow to get 7 teas packages done including this one should be fine. This is one of my favorite teas from the regular collection of DT (North African Mint would be another one that comes to mind) and because of that I tend to skip over them. The cold brew pitcher made of this to finish a dt printed tin has made me feel like I’m sipping cinnamon red gum. Im sure I have more of this somewhere else but if not I’ll definitely repurchase a bag or two someday.

Once again David’s Tea in bags fail me. All the right perimeters, 6-7 scant ounces of water, and it was weaksauce. However, this would be worth trying again loose leaf with enough leaves. (note: 4g was the listed weight, I’m not sure if that includes the bag itself. I need to check next time.)

I got this in a SipsBy box quite awhile ago and had it stashed away, as honestly I thought I would dislike it (I’m pretty picky about spiced teas). I’ve started to switch over to fall tea mode, so this one went into the ‘to drink’ basket. I brewed it yesterday, not realizing it was a green tea, and luckily didn’t ruin it.
Anyway, to the tea- I really enjoyed it! It’s a punch of strong cinnamon and some mild orange. The clove is barely noticeable, and I didn’t detect any chili pepper. I drank it hot/straight and it was extremely comforting to sip on throughout the work day. Re-steeped extremely well too.

A previous review says this tea tastes like cinnamon valentine hearts, and that’s what I’m thinking of as I drink it. The cinnamon is sweet with a bit of a burn in the back of my throat, and also a tiny bit of chalkiness going down. I really enjoy it as sweet teas are my thing.
It doesn’t have a lot of caffeine either so I can have a second cup of this one in the morning.
smell: sweet cinnamon, bit of orange
sip: a smooth gentle sweetness on my tongue
swallow: sweet with a bit of heat going down
aftertaste: VERY faint spice burn

Silly me forgot to bring any tea with her to work. I found this in the coffee cupboard. I’m not sure how old it is, but it smelled sweet and spicey.

The main note is cinnamon. I find DT cinnamon is too sickly sweet. It does not have any flavour from the cardamom, unfortunately. No green tea is visible in the looseleaf or the brew itself.