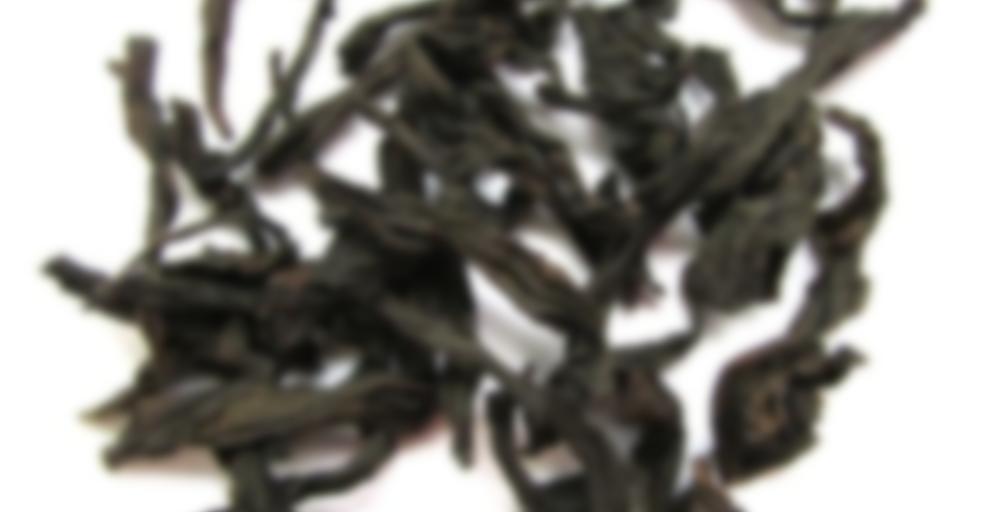 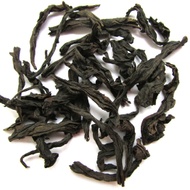 Pouring this again for another try, and you know what? It’s better this time. It’s funny to me how this happens.

I have cut out a lot of sugar over the past week or two; I feel like that may be having an impact on how much I’m getting out of my tea. Some of them are really tasting so much better over the past few days.

It’s always where the magic lies in wait!

Here is another review of a December sipdown for everyone to enjoy. As a side note, I should be able to get the rest of the December reviews posted by the end of the week. In addition to the remaining December reviews, I have two other old reviews (one from October that I completely forgot about and another from November that I just haven’t been in the mood to fool with for over a month) that I will also post in the very near future so I can move on to the current month’s sipdowns. I only had a 10 gram sample pouch of this tea and finished it sometime around Christmas. I can be pretty hard on Wuyi Shui Xian at times, but I found this one to be excellent. Had it not peaked so quickly, I probably would have assigned it a score between 98 and 100, but I chose to dock a few points (mostly) due to its rather brief peak and fast yet pleasant fade.

Prior to the rinse, the dry leaves produced aromas of black cherry, pine, blackberry, cinnamon, cedar, and blueberry. After the rinse, I detected new aromas of roasted almond, caramel, rock sugar, and ginger. The first infusion then introduced subtle aromas of roasted peanut and cream. In the mouth, the tea liquor offered notes of black cherry, blackberry, blueberry, roasted almond, cream, cinnamon, pine, and roasted peanut that were chased by hints of ginger, rock sugar, malt, and grass. There were also some cooling notes in the aftertaste that reminded me of both tobacco and menthol. Subsequent infusions introduced aromas of grass, tar, baked bread, pomegranate, mushroom, and earth. Stronger and more upfront notes of grass, rock sugar, and malt appeared alongside belatedly emerging notes of caramel and cedar in the mouth. I also noted new impressions of minerals, baked bread, and butter accompanying subtler notes of tar, earth, black pepper, pomegranate, and mushroom. The same menthol and tobacco notes continued to linger in the mouth after each swallow. As the tea faded, the tea liquor offered notes of minerals, earth, pine, mushroom, malt, cream, and roasted peanut that were underscored by hints of butter, baked bread, black cherry, rock sugar, and grass. Once again, cooling notes of menthol and tobacco were evident in the aftertaste, yet at the end of the session, they were also joined by an unexpected hint of popcorn.

In my opinion, this was about as good as a Wuyi Shui Xian could possibly be. I was slightly disappointed by the leaf quality and the tea’s sudden peak and quick fade, but honestly, this tea was enjoyable enough to almost entirely make up for those two quibbles. What-Cha tends to source some very enjoyable Wuyi teas, and this one was certainly a worthy addition to the stable. If you are able to acquire some at any point, I would definitely recommend giving this tea a shot.

I would love to see a reintroduction of What-Cha’s Zhengyan oolong. From the one I’ve had and the reviews I’ve seen of others, whoever he procured it from sourced some fantastic teas for good prices.

Yeah, same here. I’ve got some of the Da Hong Pao that I have yet to tear into, but I have now had the Qilan, Shui Xian, and Fo Shou (haven’t reviewed that one yet). All three were fantastic. I recall Alistair mentioning at one point that he does not always stock Wuyi oolongs because they do not always sell well and he has no way of consistently gauging interest.

Have you tried the fragrant version of this he has on stock?

Not yet. I nearly bought some as a birthday gift to myself, but have not pulled the trigger yet. I know it is a winter harvest Shui Xian from Dao Shui Keng, which I think is in the Banyan growing area. I’ll probably end up purchasing at least 25 g of it this week or next.

I sure hope this one comes back in stock. I’ve had it on my wishlist. It’s on the “Out of Stock but returning”. I’ll get the fragrant one for now too. Same with their China Fujian Zhengyan 2014 “Da Hong Pao” that Derk gave a great review on a while ago.

Thanks for the great review and Happy birthday! :D

Thanks. The birthday doesn’t actually come around until Friday, but I appreciate it. Also, I need to try that Da Hong Pao. I’ve had a pouch of it sitting around for quite a while now.