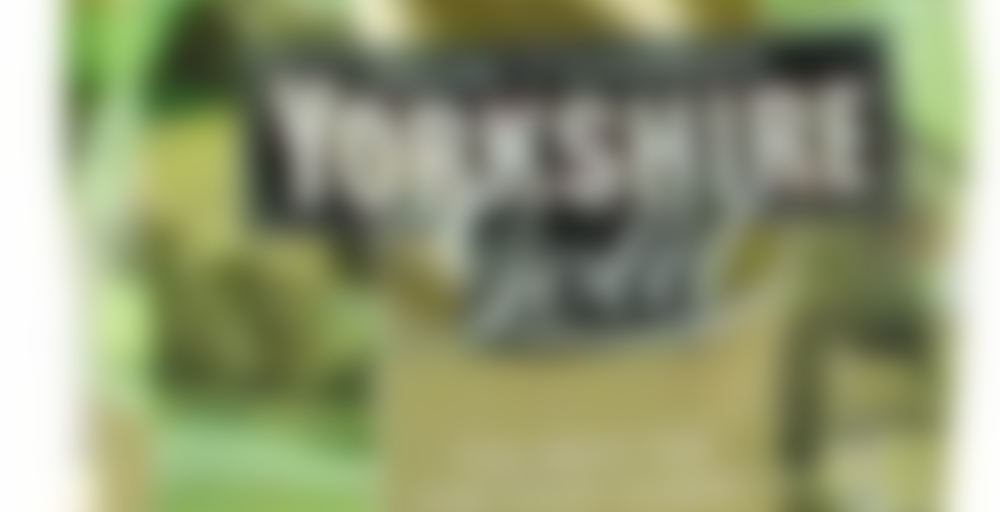 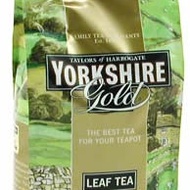 by Taylors of Harrogate
73
You

with 70 Ratings Rate this tea Rate This Tea

Hooray for the teapot
If you enjoy your tea made properly in a teapot, you’ll love the taste of Yorkshire Gold. When we set out to make this blend, we wanted to make the best tasting tea on the shelf. Inside this bag is tea from ten of the best tea gardens and estates in the world – malty Assams for richness and strength, high-grown Kenyan for body and balance, and top-class Rwandan tea for exceptional brightness and a lovely golden hue. If you love your tea, this is the blend for you.

Well I was going to brew something else, but the man wanted to have a cup of tea with me and he said “none of that fancy stuff. I just want that orange pekoe or whatever it’s called. You, know, REAL tea?” Since he rarely wants to take tea with me, I try to oblige his requests. ;). So I brewed a pot of this and he really enjoyed it. I was surprised when he said he wanted to drink it black (I didn’t know he took his tea straight – I guess you learn something new each day!) He sniffed it first and then took a sip and said “mmm good” and said at the end that it was a good cup of tea. So there you go! I, of course enjoyed mine too. All in all, it was really nice – tea is meant to be shared :)

Work friend of mine only drinks Liption, and until I cheerfully corrected her (and still do just to get her goat) thought “orange pekoe” was a flavor. I guess I shouldn’t laugh…it took me several years to find that out myself :)

Snow. Again. It would be beautiful if it were December; now, it’s just an annoyance.

And I do have to go out in it soon, so something with clout is needed. Love this stuff. A little milk helps it stick to your ribs.

Girl, I really dig what you’re saying! Snow at this time is not a pretty thing anymore… And there’s so much around here, I’ll be lucky to see the grass in july!

The birds who came back for the season (a little too early) are making their opinions very clear this morning :)

Agree. Sooooo tired of snow. And cold. And no sun. I have to shovel the driveway again today. Sigh.

Getting ready to drag my harp out in it….

I think we lucked out—about an inch that’s beginning to melt already. Nicole, how much did you get?

About 4 inches. But we lucked out and a guy just came around offering to plow the drive for whatever cash we had to hand. So, no more shoveling for me. I hope. :)

This is my go to tea when I just want to drop a bag in a teacup or if I need CAFFEINE.

Hmmm, is this what you sent me Azzrian??

Anyhow, tried a bag of this tonight. Wasn’t a big fan. It tasted like black tea from my memory, i.e. the not very good stuff. I ended up dunking my steeping basket containing 52teas Mayan Chocolate Chai into the cup for a minute or so to give it some flavour. I think I’ll try again with a bit of a shorter infusion time.

What I sent is just the regular version – not the gold.

Oh and yes it is JUST a very basic black tea – it is what they drink in the UK instead of Celestial Seasonings, Bigelow, Lipton. They like Twinings and this according to my UK friend.

Ok, I’ll move my review when I figure out where it should go, haha. That’s ok – wasn’t expecting too much :) I’m sure it’s perfectly fine with milk and sugar! Thanks for passing some on :D

Now I wonder what the gold is like though.

K—Do or did you try this with milk and nothing else? I’d be interested to see how it tastes with only milk.

I actually didn’t put anything in it, except the Mayan Choco Chai leaves for a minute or so. I brewed it up shortly before going out yesterday evening, so didn’t have the time to play around with adding milk and sugar. I do plan to next time I try it though! I have 5 teabags left :P

I cannot remember the last time I had this one. Tagless bagged version. Over 3g in each bag. I do recall this used to make a very stout cup. I steeped for 3 minutes, and added a bit of sweetener to the cup. The past 6 months have been a joy ride of one fabulous tea after another and just for giggles I wanted to go back and see how this one stood up to the competition. Unfortunately, it has been in the cupboard way too long. The sparkle is gone. It’s not brisk. It’s just astringent. It still smells wonderful but the taste is flat. As it cools it improves but just not enough. I hate wasting tea. The flower bed will love it I guess.

Sorry to hear it … this has always been on my “to try” list, but a litle hard to find around here.

I looked for quite a while myself. Now I can easily find it at an international market in a nearby town. They have an entire aisle of tea. Almost all of which is bagged and very little of anything I see reviewed here but they do have this one.

They almost always have it at Marshall’s and TJ Maxx around here, plus one local grocery store carries it. Do you have Marshall’s there? Or Harris Teeter?

We do have TJ Maxx, but that means I’d have to drag myself to the (ugh) mall :)

Thankfully, ours is only near the mall, not in!

My Mom got me a box for my birthday. I finally opened it up last night, because my cold has let up and my taste buds are working again. WHOA, Dude! Is there enough caffeine in there??? I think if I had made the tea in a larger mug I would’ve been found clinging to the ceiling with my fingernails. I forgot about that affect. I also forgot that you only need to steep this for a minute or two or it will get very bitter and load even more caffeine into the tea.

There is MORE than enough caffeine in there. I made a pint this morning using 1 bag. Two hours later I am wondering if I am sick or is that just the caffeine still rushing through my head. We like this tea, but I suspect there is more than simple leaves in those bags. Could someone be doping the product to boost sales?

my favourite everyday tea.. I drink atleast 3-4 mugs of this a day.. dash of milk and honey

My favourite standard black tea, lots of flavour, plenty of oomph. Not a good choice for hard water areas (they also make a hard water blend) or people who like weak tea. (I have to add two or three bags of Tetley’s/PG tips just to get my tea strong enough.)

Boiling 3 min, 0 sec
Yours I Like This
3 likes
2 comments
Edit

Mac, I love your avatar!

After one sip of this tea, it is clear to me why the British Isles have not been successfully invaded since the introduction of tea. It makes a really muscular cuppa that will jolt me awake in the morning. Very strong Assam flavor, dark brown color and heavy on the caffeine. I drink my first cup of the morning with milk and sugar, and this tea is plenty robust enough to stand up to it. After the second cup, I am ready for anything!

i really love this tea. in the uk there is a fight between yorkshire and p and g….GO YORKSHIRE! not that o and g is bad bc its not at all im just a yorkshire kind of guy. Its flavour is so much richer and it has a much stronger brew than p&g. its exactly how a good cup of english tea should taste. Strong and full bodies but not overpowering or bitter. Perfect with a teaspoon of sugar, a splash of milk and some toast with jam.