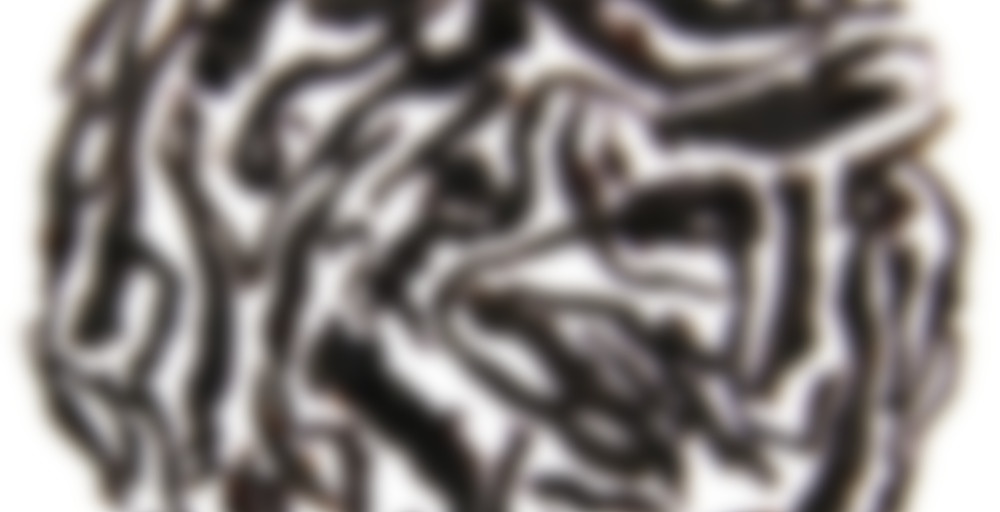 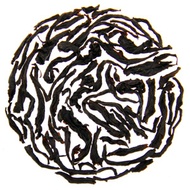 In the 1920s, the Japanese introduced assam tea plants to Taiwan and for many decades, Taiwan was famous for high quality black tea, much of it consumed domestically or in Asia. Hong Yue, as translated from Chinese, means “red jade,” or “ruby.” This special breed of tea bush is a cross of Burmese wild tea and Taiwan wild tea. Ruby Black, as we call it, or Hong Yue, is the premier black tea cultivar in Taiwan and renders a very unique character if processed with skill. Not all Ruby Black teas on the market taste the same and some are much better than others, but in general, Ruby Black has a distinctive aroma of clove, wintergreen, camphor, red date, raisin and cinnamon. Ruby Black brews a very assertive, strong flavored cup with a deep red infusion color and is best for gong fu cha style brewing, using a lot of leaf and short infusion times to yield multiple cups from the same serving of leaf. Some tasters believe it is the best of pu-erh, oolong and black tea worlds coming together and is a must try for those who love high grade and strong flavored black tea.

The five year old Hong Yue black tea farm in Nantou is too small for organic certification but the tea is still cultivated without any pesticides or harmful chemicals. Special yellow flowers are planted between the rows of tea bushes to help nurture the young tea bushes in place of fertilizers. Their roots aerate the soil and create an environment where beneficial bacteria thrive. They are mulched into the soil when the tea trees are older and stronger.

Just a (hopefully) quick note: you know how some teas taste differently when you make a big cup vs a small cup? Same g/oz, water temp, time, etc but the amount of water just seems to change how the tea tastes? This is one of them!

Previously I had made 8oz but this morning I did 12oz. Much oomphier – darkly fruity (like a black plum), a tad woody (but not a dry twig way, more of a delicately edging towards malt way), spicy (white pepper and cinnamon, perhaps?), very minty/mentholated end note and some light honey mixed in.

Really rich, really good. I liked it in a smaller cup before, but I kind of love it in a big one.

Played around this time and leaf, found it best to do multiple quick infusions to get all the nuances. If western brewed all I got was strong camphor which by it self reminded me of vicks vapo rub so I almost gifted the whole bag but im glad I gave it a second chance.

So, this is yet another tea that’s dry smell has been ruined by the smell of a tin I had something scented in before this. The good thing is that the liquor’s flavor and scented after steeping aren’t affected. That being said, the smell of the finished tea is similar to pasta sause or Spaghetti O’s and is making me hungry. There is a nice smooth taste with a little astringency at the very end that is almost unnoticeable. There are some light chocolate notes as well as a little vanilla bean.

lol… Spaghetti O’s… does it have a layer of oil floating on top as well?

Now that would be nasty

This is a wonderfully complex tea. The leaves are beautiful, and when the tea is steeping a very strong aroma of wintergreen, cinnamon and a sophisticated mustiness present themselves. I brewed this one gongfu style starting at 30 seconds all the way up to a minute in 5 second increments. and I have to say Rishi’s flavor notes for this one are pretty accurate. Notes of clove and cinnamon, wintergreen, plum, grape and malt greeted me along the journey. Very good. It was fifteen dollars for 30 grams, but it was worth the new experience.

I rarely find a black tea that works so well for gong fu style brewing. This tea is delicious. Mild but lots of flavor. It’s amazing what can be accomplished in an unflavored tea. There were hints of plum, raisins and cinnamon. Definitely a must try!

Simply phenomenal! What a superb tea.
I brewed in a gaiwan. I got multiple steeping; I lost count but I think it was 4-6. Each steeping just kept getting better and better. The dry leaf has a strong sweet plum scent. The aroma of the steeped leaves were a more mellowed out version on the dry, more intense leaf. I leaves are larger, oolong like leaves. I noticed in the first 3 steepings the leaves didn’t open up too much. However, after each steeping the leaves unraveled more and more. I think next time I’ll brew in my 6 ounce glass container to see if the leaves open up more.

I’ll also note the tea had a dry finish.

Very unique! Currently out of stock and discontinued.

Auggy’s shared this with me in the most recent care parcel. I looked it up when I added it to my cupboard, but I don’t recall now what it is. It smells a bit raisin-y and fruity though. Berry-ish, I thought. After steeping it’s more floral, but not very floral like it was scented. Just a thin layer of floral on top. It’s sort of wood-y underneath that, but neither cocoa-y nor really grainy.

The flavour is quite floral as well, and also quite wood-y. Again, neither cocoa-y nor grainy. It’s not hay-y either. There’s a bit of a fruity aftertaste to it, which reminds me of cherries.

I honestly can’t tell what this stuff is. It has none of the characteristics of the areas I know best. Could it be some completely new to me area?

I have to look it up.

Oh, it’s from Taiwan! That is indeed a fairly unknown region to me. That explains why there were no recognisable elements to it at all.

As I drink and it cools a bit, I feel the flowery notes get a little more pronounced as do the fruity notes. The fruity notes actually expands a bit, no longer content to being merely an aftertaste. I still think it’s mostly a dark cherry, but I see on Steepster that others have likened it more to plums. Oh well, they’re both stone fruits. Close enough for jazz.

Cooling a little further, we’re at gulping temperature now, the floral note has changed and turned from floral into something more spicy. I felt like it was reminding me of something particular, but I couldn’t think of what, so I nipped off to the kitchen to have a snuffle around the spice shelves. This didn’t yield any positive results so if it is indeed something I ought to know, it’s not a spice we currently have. I did, however, narrow it down that I think it’s a bake-y spice rather than a cooking spice. Others have mentioned cloves and cinnamon, but I didn’t really think that was a match for me either.

This is a very interesting tea. It’s not that often anymore that I get to have a completely new region’s tea for the first time where it doesn’t remind me strongly of a neighbouring region.

Still can not get over this tea I had it again this morning in an effort to deplete my stash so I can open my recent Eco Cha order(Purchased some of their version as well). Western brew does not do it justice, it completely changes over multiple infusions and when I say changes I mean first it is brisk with a hint of warming cinnamon spiciness, then next it’s sweet up front like a date, after it transforms into a winter green/menthol/camphor cooling experience.

The quality of the leaf is impeccable as well, the infusibility is through the roof, a benchmark for what hong cha can and should be. I did not take black tea as seriously as oolongs or pu ers until now.

This is one of the most unique teas I’ve ever tasted. I never knew a black tea could smell like this. It has a very strong aroma that reminds me of black cherries and cinnamon. Like the description notes I also detected a wintergreen aroma. It has a very light taste with no astringency. The aroma doesn’t quite carry over into the taste, but this may be because I under-brewed it. I was afraid it was going to get bitter, but I’m guessing you can infuse this tea for quite a long time before tasting bitterness or feeling astringency.