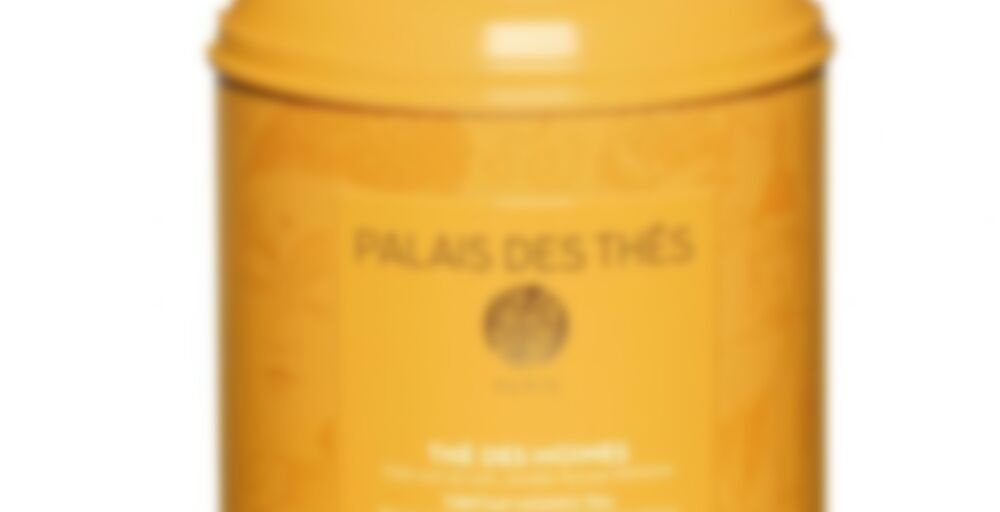 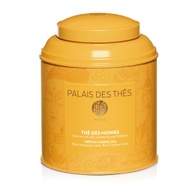 by Palais des Thés
75
You

with 30 Ratings Rate this tea Rate This Tea

An ancient legend tells of how the Tibetan monks would prepare this blend of tea, plants and flowers in the greatest of secrecy. After several days of soaking, the leaves were carefully plucked out and put to one side.

By this mysterious alchemy, the monks turned the tea into gold and gave it its exceptional scent.

In French, Thé des Moines means “Tea of the Monks”.

This is one of my Le Palais des Thés set that I have yet to try. They keep very mum as to the ingredients in this one, and the tea in the tube had a weird, medicinal scent that wasn’t very appealing, but it seemed to be a black tea and it was untried, so I went for it. As it was brewing I came here and saw that duh, this “Monk’s Tea” blend is the same as all the other French/European Monk’s Blend teas I’ve tried. Bergamot, jasmine, vanilla. Brewed up it even smells identical to both Thé au Tibet by Mariage Freres and my random Polish Mnichów tea (also translates to Monk’s Blend). I love the idea of bergamot, jasmine and vanilla, but it almost never works out for me for some reason. I think it’s mainly because I thought I would like vanilla and jasmine together but it just doesn’t work on my palate. I mean, I like these teas ok, but I thought that this blend would be a favorite to me and it just isn’t.

Like those other teas, this is a black-green blend, which I found out after brewing by looking at the spent leaves. I did brew this one at the recommended time and temp on the tube. As I mentioned before, when I smell the brewed tea on this one it smelled like a Monk’s blend tea, kind of like a red fruits tea smells like that blend. The balance of flavors in this one is pretty good, although it too suffers from some kind of weird bitterness on my tongue that is probably not dependant on steeping temp (I got the same thing at lower temps in the other teas) and I think is a result of my dislike of the vanilla/jasmine combo. It’s mitigated by the bergamot here, and so is more drinkable to me, but it’s definitely not my favorite. Right now this seems so similar to the other two teas, and I haven’t had those teas in so long, that I can’t figure out how it is distinct. A quick steep of the other two to taste the difference is in order this morning, I think.

My conclusions are that they are all very similar but this is probably my least favorite of the three. Not in a huge way, but I think the jasmine and vanilla combo is stronger in this one than the other two, that is the flavor combo I like least.

This tea came in my Le Palais de Thes sample pack so I’m trying it this morning. Steeped in regular teapot method.

It is nice – a slightly sweet tea with calendula and a bit of bergamot. Sometimes bergamot can overwhelm me but it isn’t too much in this blend. I’m guessing the base for this is a ceylon? It definitely seems like a light bodied tea. It’s nice plain but it also takes a bit of soymilk well. Overall, fairly good but I can’t picture myself buying a full tin of it.

It had been a while since I tried my last “Monk’s Blend” type of tea before brewing up a cup of this, so it took me a while to recognize this as what it was. This is tasty … I like that the base of this tea is not just a black tea base, but a blend of green and black teas. The green tea brings a crispness to the cup, a lighter flavor which helps to soften the sometimes astringent black tea.

It’s sort of bubblegum-y with it’s fruity notes. This one is plenty sweet without sweetener … it surprised me at just how sweet it was. My sweet tooth was quite happy with this cuppa!

Thanks again to Dinosara for this tea! It came in the most adorable little tube…I’m a sucker for cute tins and such.
So I had Mariage Freres Tibet and this back to back so that I could compare them. I really loved Tibet. This one seems lacking. It smells wonderful before and after steeping. When I sip though I just don’t get much flavor. I can’t really explain it but it seems Dinosara and I had the same reaction.
I wouldn’t purchase this one but will try making the rest iced. I think I have enough left for a 16oz cup.

I got both this and Thé au Tibet and agree they are quite similar! I do like Thé des Moines better than you, but might be some packaging issue or soemthing.

There’s is a citrus/bergamot thing going on in this tea – and that is exactly the problem. I don’t like bergamot. Why am I drinking this tea in the first place? I got it as a free sample with my last order. As I am always open to try new tea, even those I know I usually dislike. Sometimes there are surprises. Not this time.

Others have given it a high rating, so I guess it’s good to those that like bergamot. I will not be giving this a numeric rating.

I’m in my second week of having this tea accompany me nearly all day, and it’s still a favorite. There’s a ying/yang of smooth and and astringent, the very subtle vanilla backdrop ties it together. There’s an aftertaste of citrus, but it’s orange citrus, not lemon or bergamot, which is why it appeals to me. You can taste the green and the black in different sips.
My only problem is that I’m going through my supply so quickly, this is one I’ll need to re-order soon.
My initial/full review with pics (second half of post) : http://bit.ly/tJ9v40

This tea has the familiar scent of an earl grey, layered onto what can be described as a handsome marriage vanilla and other citrus flavors. In contrast to some of the other reviews it was the alluring scent of the dry leaves that piqued my interest in this tea. And of course, the mystique of the blend – shrouded in secrecy wakes the imagination and leaves one comfortable in thought over the superposition of possible ingredients, just enough uncertainty to bring forth contemplation of Heisenberg’s Uncertainty Principle, the HUP. This tea should take one on a journey, and pleasant one at that.

This has serious favorite potential (Obrigada P!). It has a middle weight body (Ok, light by british standards, deep by French standards maybe), marvelously fragrant, and tannins are just right for me.

any theories on what the secret blend is? I would swear there is some citrus on it, though it does not sound at all like some secret tibetan ingredient.

The bergamot in this tea was a bit overwhelming for me; sweetness was trying to come through but it just didn’t happen. Will probably try steeping less to make it lighter.