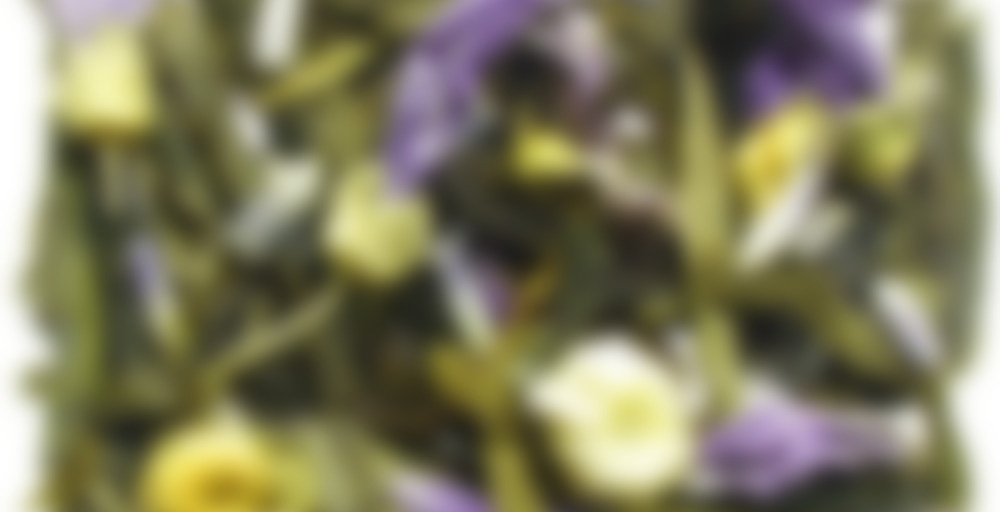 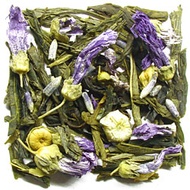 by Mariage Frères
79
You

This green tea, scented with mild spices and white flowers, is also dotted with mauve flowers as a visual echo of the dazzling and powerful fragrance that fills the mouth.

Well aren’t you pretty!?
You smell nice too!
Are you meeting someone!?
Oh how FAB!
What’s that you say!?
This person you are to meet is TeaEqualsBliss!?
Well, you found her!
Thank the tea gods for you!
You are a darling! A Gem!
A Delight!
Floral and Sweet!
What a joy to be around!
So glad we’ve met!

I am so very swooning over all of the Mariage Freres teas you are getting to taste!!!

teahee – Cofftea & LENA – I know, I know…total randomness sometimes I just have to type whatever pops in my head first…lol…

@ JacquelineM – I received them in the mail today!!!! :) I’m very grateful. I don’t have it anywhere locally!!!

Okay, so I had a pot of this today, and it’s a little too perfumey and handcreamy for a whole pot, at least that early in the morning.

I’m mostly posting this to screenshot what happens – there’s a bug that shows the most popular note for the tea rather than the new note upon posting. Let’s go bugfix!

Ysaurella, the most pointless tasting note in the universe would like to thank you for your support.

lol look at mine ! I had some issues with Steepster as well so fully understand and support ;)

Woot! What’s their response time like for user reports? I emailed them about a tea having duplicate pages, but I don’t think it’s been addressed yet.

Hm, I think the response time is completely dependent on what else they’re doing – this particular issue was discussed at length in the forum thread for the new tea page where Jason addressed questions and concerns yesterday. That took about two months, though.

Oooo this is interesting. I can’t remember the last time I had green tea but this one looks so pretty I couldn’t resist. It’s almost like experiencing a deconstructed tea – it’s a sweet floral and the floral is kind of the top note, it’s loose, almost like a spray of perfume and then comes a sweetness that just settles. Perhaps I’m reaching but this reminds me exactly of an impressionist painting – small touches of different things you can taste separately. Sophisticated.

a dear friend brought this tea back from Paris for me. i love it. it’s subtle & delicate without any bitterness.

Added this to. my advent order, and very happy that I did. I absolutely love this. Sweet, creamy jasmine. The vanilla note is rich and custardy, and the jasmine is warm and bright. Really a lovely tea and something I would purchase again.

Always a lovely gentle classic choice when I visit Paris

This one is interesting…I don’t think I’ve tried a tea like this before. It’s softly sweet and floral at the same time. The green tea is the perfect base for this blend as it doesn’t get in the way of everything else. I really can’t put my finger on the flavors only that it tastes like flowers, fruit, a bit of mild spice like those in a pastry or cake and some very faint vanilla. I would drink this because of how unique and strange it is.. but I don’t know if I would repurchase.

I had stopped cracking open new green teas during the holiday break because I had a lot of black teas I wanted to taste — and since I didn’t have to sleep well during the break (though I did, fortunately) I spent a lot of time on them.

But now it’s back to work, and back to green tea sipdowns.

This is a reminder to myself (not that anyone else would be interested) that my current note process is: initial tasting note and sipdown note. In between, I typically don’t write notes unless I’m really moved by something different that happens in the taste of the tea or in a connection I make between the tea and something else in my life or the world at large.

As a practical matter, I try to time initial tastings for when I have time to write the aforementioned detailed notes, which means weekends or holidays. During the week, I just drink what I’ve already written an initial note on.

Since I drink a lot of green tea during the week, I’d gotten into the habit of cracking open new ones during the weekend so I could write initial notes at my leisure. Resuming that trend now.

In the tin, this has dark scent. Darkly vanilla, with some floral around the edges. It’s a beautiful tea to look at.

The aroma is a perfumey vanilla, like Shalimar perfume. It’s a beany vanilla, which I prefer. There’s a floral note, but for me, anyway, it’s minor. The tea is golden yellow and clear.

The flavor is unexpectedly refreshing for a non-citrus flavored green tea. There’s a freshness in the mouth that must come from the tea itself. My sense is the underlying tea has a grassiness that cuts what might otherwise be cloying aspects of the flavor.

It also has that French thing going for it.

I’m rating it on the high side mostly because I was so pleasantly surprised by what this tea wasn’t.

I like your process for doing two notes per tea—the initial tasting and the final sipdown. Since teas can change quite a bit from your first sip to your last, that makes a lot of sense.

Agreed, and that’s pretty much why I arrived at this system.

I got this tea based on how pretty it looked, and the description. I thought if I got this tea, I would get so inspired to do something. Would this release my inner Monet?

Instead, it tastes like marshmallows. I love marshmallows, seared to almost black over a campfire. I am not a fan when that flavor is mixed with flowers and green tea. I got 100g, and I will most likely be ridding of it to friends. It’s just so sweet. I didn’t like it iced or hot. I just couldn’t get myself to drink much of it.

Hey! Do you ever swap Mariage Freres tea? I’ve got some Marco Polo left but don’t love it. I’m in NY.

I still have a pound of Marco Polo! I do love it. And I am also through all my Mariage Freres tea. I have Marco Polo and Rouge Provence left, maybe another rooibos. I actually gave this tea away a month ago. I do have a huge amount of tea, most along from Teavivre.

Pardon me while I sit here and silently weep into my cup.

These are not tears of sadness, rather these are tears of happiness and relief tinged with bittersweet feelings since I know eventually this cup of tea will eventually come to an end. Aptly named, this tea is a work of art. The aroma is intoxicating.

Immediately I am drawn in by the subtle scent of Jasmine, lavender, and vanilla wafting towards me. The liquid is a beautiful pale gold color. I was almost disappointed by the first sip because it felt weak in comparison to the scents engulfing my nose, but then the flavors bloomed on my tongue and I was overjoyed and hooked. Fields of lavender, creamy waves of vanilla, pearls of jasmine, and a hint of citrus in the aftertaste…

It’s complex and delicate and aromatic and everything I could have wanted in a tea. Alas, parting is such sweet sorrow. Time to make another cup