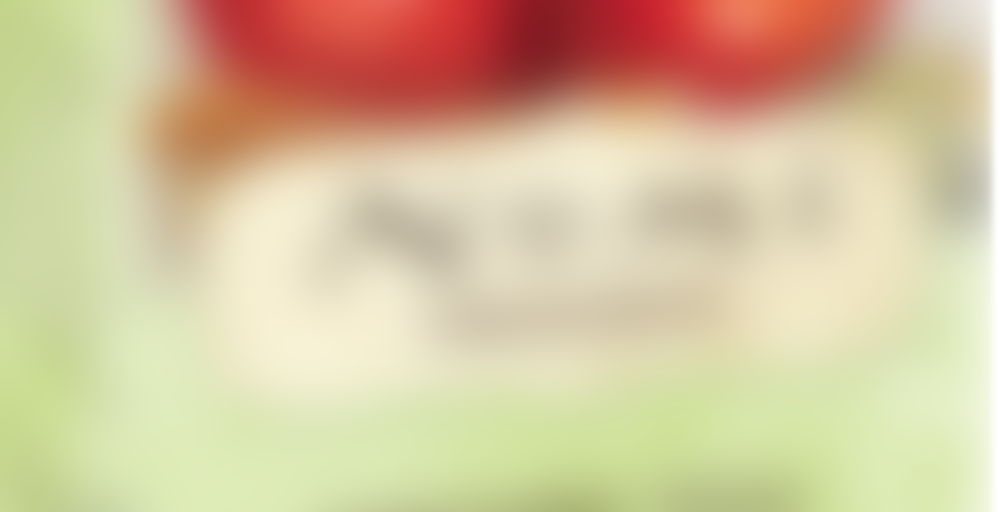 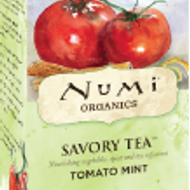 by Numi Organic Tea
72
You

This bright Mediterranean infusion is reminiscent of the sweet savory scent of stuffed grape leaves (dolmas). The combination of tomatoes, mint leaves, decaf black tea, a touch of cinnamon and lemon peel make for a zesty, mouthwatering cup.

I’ve been wanting to try these savory teas for near forever now. Our normal grocery store doesn’t carry them, so I didn’t have much hope, but the store near Fiance’s parents’ house did. So here we are!

I got the sampler with all six flavors and this once sounded the least weird, so it’s where I started. But it was still weird. Good weird. But weird.

This is so much like drinking soup, but it’s not nearly thick enough to even feel like a broth. I really enjoyed it, but I cannot emphasize enough how weird this is.

If this is the least weird I can’t wait it hear about the others!

Remind me to bring over my lemon basil oolong next time I see you. I think that one is my introduction to savory tea :)

From Fava? I actually have some here!

Yes from Fava, I should have assumed you did XD

I’ve wanted to try these teas forever. I love tomato so I thought I’d try this one first. The aroma is very soup like. The flavor is actually pretty good. I can taste tomato, a touch of mint, and a touch of lemon. There is a nice peppery zest in the aftertaste. It kind of has a creamy quality to it reminding me of tomato soup but with a lot more spice. Surprisingly, I really like this tea.

That is one tea that perplexes me.

Haha me too. But it’s surprisingly good. It’s like a spicy tomato soup :]

I just saw these at the store, I’m very intrigued by these! I might have to go back and get some!

I was quite pleased to receive a sample of this at the Coffee & Tea Festival. I am really intrigued by this new Savory Tea line. I don’t know what to expect. Will it basically be a light soup? A flavored tea with prominent notes of vegetable and spice?

It smells like minty tomato soup. The tomato smell is strong and spicy. It tastes like a very light tomato broth, with an aftertaste of mint. After a few sips, the aftertaste becomes more peppery. I originally brewed this in boiling water for 10 minutes, per package instructions. Putting the teabag back into the mug to see what happens if I brew it longer…

Brewed longer, pepper and lemon flavors come forward. This is an interesting drink. There is a black tea base, but I can’t taste it at all. I’m not sure this should properly be categorized as tea at all. Yet it’s too thin for a broth. I still don’t know what to make of it. This might be put to best use in cooking – I think rice especially would take kindly to it.

As a drink, I’m not really enjoying this. I am not going to rate it because I can’t even figure out what standards to apply. I doubt I’ll be drinking it again, though.

I had a bad experience with the Broccoli and Cilantro tisane so I tried very hard to approach this one- Tomato Mint- with a cleared palette and open mind.

The aroma is interesting and didn’t pummel my nose like the aforementioned. I could definitely detect the mint aroma beneath the tomato-ishness. Tomatoes have a mild aroma, so Numi did a good job controlling the stronger mint.

The flavor? Vegetable-broth with a slight tang on the tongue. Its not horrible, and I don’t feel inclined to put ramen noodles in it (although you totally could).

You know what this is good for? Fasting. It makes me feel almost like I’ve had a meal. You get 5 calories and 25% of your RDA of calcium. There, I’ve found its niche in my life.

Thanks, Nicole_Martin, for sample of this tea!
Cold day to enjoy something like this.
Tastes like a tomato broth.
I feel like Andy Worhol drinking this tea on my lunch break.
According to the packaging, everything is organic.
No need for sugar or milk.
Reminds me of my Dad who drank Sacramento Tomato Juice everyday and stained the glassware.
I liked the taste.
If you like the taste of Sacramento Tomato Juice, vegetable soups, V8 Juice, Campbell tomato soup or just eating a tomato raw, this might good for you.

Funny as soon as I saw the words ‘Sacramento Tomato Juice’ I pictured the two lane backroad I used to drive from Sacramento to Chico during the tomato harvest. The journey was lined with what I called ‘road kill’ because so many tomatoes fell off the trucks.

I had high hopes for this one, and they were exceeded! Beyond the tomato and mint, there were additional vegetable notes (onion and peppers stood out the most), as well as a touch of spiciness.

Best with boiling water, indefinite steeping, and a pinch (or two) of salt. Yum!

I was pretty excited about this when it came out; I thought I would love it. In fact, I remember taking a survey from Numi prior to the release of these savory tisanes. I love tomato, I love savory flavors – what’s not to like? Well, somehow none of the Numi savory tisanes make it as something that I want to drink from a mug. Put it in a soup, and maybe. It doesn’t taste bad. It just doesn’t taste “right.”

Yeah, this one just didn’t work for me.

After a few sips, I realized it tasted like something familiar: hardly tomato and hardly mint, but more like a steak seasoning or rub. Couldn’t finish my cup.

What a weird and interesting tea. The last savory tea I tried was a lot like soup, and I’d say this is even more so. There’s a feeling of a thin tomato soup, maybe with some cucumber too, herbed and spiced and then packaged in a teabag. It’s definitely not bad and in fact I think it’s very drinkable, but you’d have to be in a certain mood for it.

Thank you to Cameron B. for being awesome and sending me one of each of Numi’s savory teas so I could try them! Some seem super interesting to me, and others just downright terrify me, like Carrot Curry. Unless I grow some balls overnight, I feel like that’s the one I’m going to be having last. I honestly dread that one.

This one wasn’t on the top of my list either; something Steepster people don’t especially know about me is that I really dislike tomatoes. It took me a long time in my life to be able to get anything other than pizza sauce past my mouth – no actual tomatoes, no tomato soup, no ketchup; I do not like tomatoes. Funnily enough; I love the taste of fake tomatoes. We’re talking ketchup chips or ketchup popcorn seasoning. To me, those are almost two entirely different things. Fake Ketchup stuff is much sweeter!

So yeah; this one kind of intimidated me. But for whatever reason, it definitely tastes way more heavily like fake ketchup flavour stuff. Something in this is totally sweetening it up; maybe the mint or maybe the lemon? It’s good though, I think. My tastebuds are confused – but I think I like it mostly. Someone (I can’t remember who) in the Steepster chat told me to think of these ones more like broth and that’s definitely helping me wrap my brain, and my mouth, around this.

In addition to lots of fake ketchup type taste, there’s also a good deal of mint (mostly in the aftertaste) and what my tastebuds seem to think is black pepper, although going by the ingredients list I think it’s more than likely the cinnamon. When I got to the bottom of the cup, this particular flavour was overwhelming. Definitely the worst part; and kinda cringe worthy. But otherwise I liked this, and would probably drink it again (and maybe order it, just to have something crazy on hand).

In other news, it is one AM and Tre’s date just left. He’s pretty much as red as a tomato – he can’t stop blushing or smiling. Although, I sorta felt less happy for him when the first thing he said to me (despite being ecstatic) was “it was great but there was no sex”. Why was that necessary to tack on? Why can’t it just be great?

I mean, it was your first date – and your roommate was home. I feel like this was not the best set up if you were just after some action? But hopefully things go nicely; she seems really nice, and she’s crazy enough to like him so that’s something!

I thought there was black pepper in here too. And apparently there was a small hole in my teabag, waaaaah!

Tomatoes are a very sweet fruit. People tend to forget that. Ketchup has a ton of salt added to it.

I hate tomatoes too. I can stand ketchup, it just tastes like salt to me. Pizza sauce, usually not.