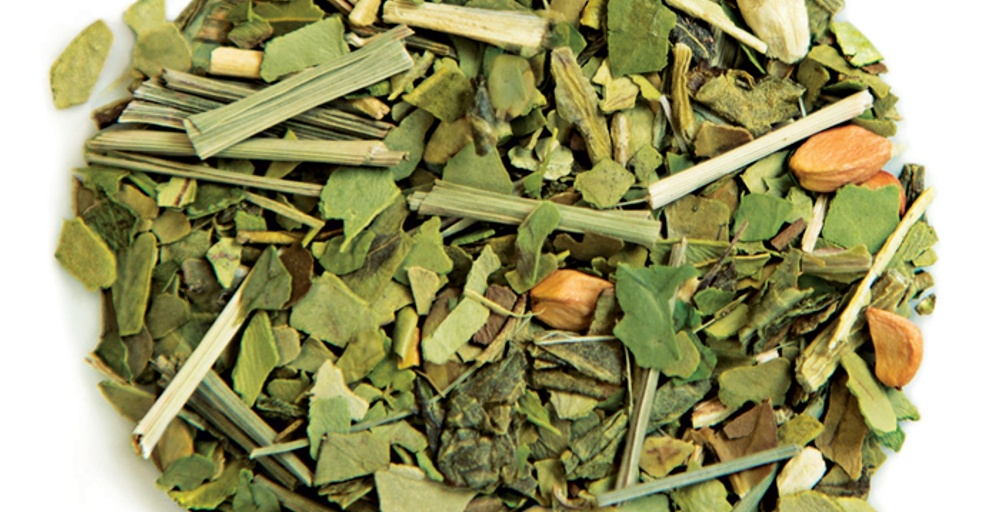 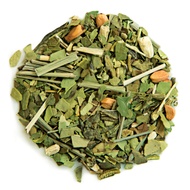 with 35 Ratings Rate this tea Rate This Tea

Our iconic Detox blend is celebrating its 10th anniversary in 2017! For the occasion, Kusmi Tea is rejuvenating its recipe to be even fresher and more intense. Discover (or rediscover) the pleasure of zesty lemon notes and a core of intense lemongrass on a light and fresh base of green tea and maté.

Looking at the other notes,,,,I am the only one so far that likes this one…..LOL! This one is slightly lemony but not overly so…W/the mate, an extra caffeine boost. So what is not to like? Also this is perfect to drink after an hour of yoga…

Oh, yeah, I remember that one …. glad it finally found a fan base!

My least fave of the Kusmi offerings…meh…perhaps someone else will enjoy…at least I gave it another try, eh?

Kusmi teabags are getting ubiquitous on some trendy cafés. The selection is usually not quite exciting, but well, it´s better than Lipton. Except this one, I truly disliked it.

It being a teabag I am not quite sure what it was on it. Green tea for sure, and lemongrass absolutely. Steepster description does not mention any spices, and I thought I could detect some hint of something. Maybe I was wrong. But this tea was very wrong for the teabag in a mug and almost boiling water method: it turned out both bitter (the mate? the tea?) and I could detect a strong sort of seaweedy-fishy tone. I really disliked it. But OTOH the next one I tried, Boost, was a winner.

you are breaking the heart of so many Frenchies who think this tea is the best Kusmi’s tea…this is one of their best sellers in France. Sure I won’t taste it now …I already had doubt about its qualities

Maybe it was just not right for the way it was brewed – at a french chain bakery actually, Eric Kaiser, very lovely pain au chocolat though am a bit sad at their location which used to be a bookshop :( But I swear it smelled seaweedy, fishy to me. If it is only green tea, lemongrass and mate not sure what could be fishy about that but it did. Boost was quite nice though, though nothing extraordinary.

oh God Kaiser opened a bakery in Lisboa ! It’s one of our best baker but by the way soooooo expensive. (I remember I found Lisboa expensive when I visited one century ago !)
Anyway sure tea shouldn’t be fishy ! they may have used a sencha ? senchas can be a little bit “seaweed” aftertaste sometimes

They got two bakeries in Lisbon now, one a bit out of the way, and another right in Baixa, at Rua do Carmo. It was not too expensive, well not by standards of Baixa, which are now a bit geared towards tourists. IIRC tea was 1.80 (teabag in a mug. But still, cheap compared to some really poncey places where they charge you a lot more for that priviledge. Oh and bring the intact bag by the side of the cup full of hot water rapidly cooling.). The simpler pastries, croissants and chaussons aux pommes and pains aux chocolat were a bit less than 1.50€. A bit less than twice the price they would be in a regular place in an average town but pretty OK by tourist center standards. And really quite good pastries!

And about Detox, that could be it indeed, I have been known to have some issues with some japanese greens. I saw some for sale the other they they talked of a “seaweed” note as if it were a good thing, really". And the method for brewing Detox was not too kind, a bag in a mug, that could be it. But I really really did not like it.

One of my friend told me it was a fantastic tea; I’ve never had tea with him and do not really know his taste and whether he can be trusted on this.
I guess I’ll try you on this and will definitely not jump on this one, as I do not feel like taking risks with something that might be so vile.

LaFleurBleue, be careful with this. It was just sort of rank to me. I will try it again if i get the chance, but am not recommending it to anyone, particularly you!

I was craving a lemongrass blend this morning and I still have plenty of this in my cupboard. Not only do I have a box of the muslin bags, I even have a small tin of it that I got with the wellness collection by Kusmi.

I like this blend, but I think I would like it a little bit better without the yerba mate, which gives it a slightly bitter after taste. Also mate gets me kind of wired! I happen to like lemongrass a lot, and a couple drops of stevia made this sweeter. Still, I don’t think I will replenish this once the current supply runs out. At the rate I am going, it will go stale before I run out of it anyway!

I need some pep in my step, because I have to finish a paper and I have a grammar mid term this evening. I’ll have to stop goofing around on Steepster for now. Wish me luck!

Have you tried BB Detox? I think I like it more.

boychik – Haven’t tried the BB yet

It does sound nice, but seems like the combination of mate and guarana would be very stimulating!

Another tuck-in from Doulton…thank you for widening my horizons :o)

Green tea + lemongrass is a winner combo for me, but the mate (which I also like, separately) makes this one come out with a Pine-Sol whang. Of course, if it’s doing to my insides what Pine-Sol does to my nasty kitchen floor, the health benefits may outweigh the industrial flavor.

My throat is kind of sore after last night’s drinking and talking loudly with friends. So I thought I would give this a try. I have a small tin of it from Kusmi’s wellness sampler.

I get what another reviewer said about it having a cigarette flavor/smell. It’s not overwhelming in my cup though. I think I might try steeping for a shorter time next pot – I set it to steep and then folded a load of clothes, so it is a bit strong. I was unsure of the water temp since green tea wants cooler vs boiling for herbs. I went with 190. As a result, I think the mate is overwhelming everything else. I get just a hint of lemongrass.

So shorter time, cooler water next time I think, and I want to try it iced.

Oh my God. This tastes like cigarettes. Like wet cigarettes or something. I can’t believe a tea this afwul is made by Kusmi! Christ on a cracker, this is just vile. It doesn’t get the lowest possible score because there’s a very slight hint of lemongrass in the smell and taste, and I like lemongrass, but the tea’s basically not good in any way at all. This was undrinkable, and I don’t often come across teas I can say that about. Don’t let the pleasant citrussy dry smell fool you—it’s really bad.

I’ve tried this again today because I got another of the Kusmi variety packs and I didn’t want to just write it off based on the first bad experience (time heals all wounds, right?) No, though. This tea is offensively bad. When it’s dry, it smells fine. In the first minute of steeping, it smells okay. After that, and into the recommended 5 minute steeping time, it becomes completely foul. I actually can’t even believe how bad this tastes. Hot, cold, unsweetened, sweetened. Nothing fixes it. It smells like stale cigarettes and tastes like a bitter, watery form of the same. It’s a bit deceptive, because if you have the tea in a hot, sweetened for, when you take a sip, it seems for a fraction of a second like this is a lemongrass tea. Then that cigarette flavour makes itself heard. Arghhhh. I tried to really give it more of a go, but even as you raise the cup to your mouth, it’s like breathing in cigarette ash. As it cools, the cigarette-y flavour just gets worse and worse, though there’s not that scent wafting effect like when the tea is hot.

I feel bad wasting tea, but this cup of tea and my unopened second sachet of it from this sampler are going in the garbage. I think what added to the disappointment I felt with this tea was that I really love lemongrass and dry, it genuinely smelled like it would be very lemongrass-y. You can still smell that in the brewed tea a bit, but it’s very much overridden by that cigarette aspect. Even the squeezed-out bag smells quite lemongrass-y, so just where is the lemongrass flavour going, Kusmi?!

I tried this just a couple days ago and loathed it. It was not quite sMoke I got, but for some reason like rotting fish or seaweed – not a clean deep sea oceanic smell but like seaweed rock moss. Eurgh. Very bad chemistry. Wonder if it has to do with water or something.

But if you love lemongrass try thé sur le nil. One of my favorites ever. Lemongrass can be awesome indeed.

Very lemony and lemongrassy (almost like Trix cereal!), but I like the flavor. A nice bitterness and a good kick from the mix of tea and mate. The second steeping is more bitter, but still enjoyable, but I don’t think this would stand up to a third steep! I used the looseleaf instead of the muslin bags and ended up with a lot of particulates in the bottom of my cup. Not sure if I’ll repurchase when I finish my 20g tin – I think so far I prefer the grapefruity BB Detox from Kusmi.

I’m always nervous trying green teas, but this one is really awesome. It’s really light and is not overpowering. Steep for 2 minutes and there is no need to add anything to it.

The strongest thing I taste is lemon. It’s nice and herbal and savory in just the right way. I prefer this one cold because then you get more intricacy from the flavor. I’m enjoying this lemon here – it’s much more herbal-leaning than tart. It’s a fun change. I didn’t realize this tea had mate in it – it blends very nicely.