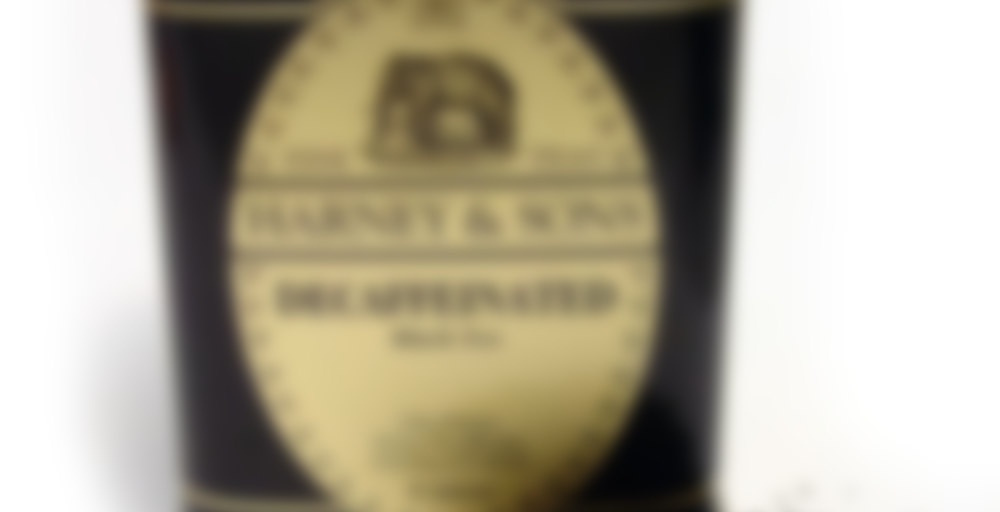 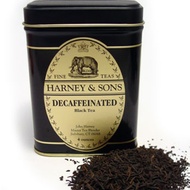 Tea aficionados will appreciate the high quality black tea with richness and depth of flavor left intact in Decaffeinated Ceylon. Brimming with a wonderfully delicate flavor and subtly sweet aroma, this mixture of the finest black teas from Sri Lanka produces an impressively smooth and tranquil cup, all under the guise of decaf.

Still have a sore throat, still can’t taste things the way I want. So tonight I brewed a pot of this, added a more than heaping helping of Tang (there! I said it! go ahead and judge me if you will!) and 15 twists of the cinnamon mill into each cup. Sore throat is somewhat mollified, vitamin C is in my system, and oh boy did I ever taste that last sip with the Tang and cinnamon grit at the bottom! Yee-ow!

There are just some times you need your processed food (she writes as she greedily eyes a Pop-Tart lying unattended on her desk).

Sit down everyone! There is a plain, black, decaf tea that ACTUALLY TASTES LIKE TEA! No strange chemical taste. No horrible dirty dishwater weakness. A solidly good cup of tea that I would quite pleasurably drink during the day, even if it was not decaf! A minor miracle!!!!!

Now, that being said, this is not the best cup of tea you will ever have. It definitely has that Ceylon profile – bright and lemony – which isn’t my favorite. It does not knock you down with deliciousness, like most of my daily drinkers. But it’s a gosh darn good cup of classic tea that you can have at 9pm and not stay up all night! I’m amazed!

Thank you ashmanra for another tea love!!!! This one is getting ordered!

Making a note for future shopping!

You know, this doesn’t surprise me, given that Vanilla Comoro is such a great decaf tea. I’ll have to make a note of this one for my next Harney’s purchase.

I was so thankful to find this one for hubby. He was avoiding caffeine at night but doesn’t care for herbals or very many kinds of tea. This one was a thumbs up from him, and since I usually share a pot with him I wanted something I liked, too. In winter I add freshly ground cinnamon and a little sugar. Add a heaping tsp. of Tang and you have old fashioned “Russian Tea” like our moms used to make! LOL!

Hey! It’s decaf! It TASTES! It tastes good! A cause for celebration and a little woo-hooing, as there are so few plain black decaf teas that have any sort of potency.

First thing that came to mind as I enjoyed this treat from ashmanra was unsweet graham cracker. Filling and substance-y. And welcome. It was a (resounding thunk as I drop all the baggage on the floor) DAY.

Yay! Hubby and I drink this one at night in cold weather – when we have cold weather which was really rare last year. It is tastier than most decaf tea and you can add your own goodies. I made Cinnamon Dolce Simple Syrup today and can’t wait to try it in this tea some chilly night! Have a better day tomorrow! :)

Hope your day today is better!!!! I am happy this tes TASTED! :) hahaha…

Yay! I am always on the lookout for good decaf teas :)

Thanks Ninav … much better day today. (I took the day off work so I could stay home and write.)

Received a free sample of this with my last Harney’s order. It is a tea sachet.

On immediate smell it reminds me of iced tea, that is because I usually use Ceylon tea to make iced or cold brewed tea (when I am not using a flavoured tea or specifically designed for iced tea type tea).

It brews up a nice orange brown colour that is unique to Ceylon tea. I have never had Harney’s normal Ceylon tea, so I can’t compare to that, but I would say that I wouldn’t know I was drinking decaf except that the package said decaf.

It is difficult to describe what a Ceylon tea tastes like, except that it tastes like Ceylon tea. This was is very smooth, medium boldness. There is very, very little astringent aftertaste, which is a surprise for a Ceylon tea. To me it tastes a little malty, a little earthy, there is a very slight sweetness.

Also, because I am trialing the orange slice series, I added an orange slice. The orange added a bit of an orange peel or orange rind taste. Not so much orange juice. It makes the tea a bit more astringent. This would not be a preferred tea to add an orange slice too but is still drinkable.

I would most likely purchase this decaf tea again to make iced tea I could drink all day and still be able to sleep at night ;)

This is another sample I received with my recent H&S order. I don’t typically enjoy bagged tea and unflavored decaf teas always seem bland. This tea, however, was different.

The fragrance of the tea is somewhat biscuity and peppery. The flavor is clean and crisp with a fair level of astringency but then has a subtle, lingering sweetness. It’s a nice contrast.

This now makes three decent bagged teas I’ve had recently from Harney and they’re starting to change my mind that all bagged tea is awful.

I have this one in loose leaf and it is one of the few teas my husband likes. It has a lot more flavor than some decaf teas I have tried so I keep it on hand.

This tasting note isn’t for Decaf Ceylon by itself, but for what I’ve come to think of as Decaf and a Pinch. I’ve lately gotten in the habit of drinking Decaf Ceylon as my evening brew, blended about 3:1 with a non-decaf, usually flavored tea. It is particularly delicious with a bit of Florence or Tower of London. Tonight I’m enjoying it with a little Elyse’s Blend for that honey note.

Boiling 4 min, 0 sec
Yours I Like This
7 likes
1 comments
Edit

I have to try that ratio!

I received a few free sachets of this tea in my last Harney’s order. It was perfect timing on their part, because I had put this into my cart, you know, the pre-fill for when you are ready to order so you don’t forget? O-kay, maybe not.

Love. Need. The tea is smooth, malty, and simple. Perfect for the caffeine sensitive in the evening hours. Hmmmm. Now to brainstorm on ways to jazz it up when needed……

Boiling 3 min, 0 sec
Yours I Like This
6 likes
0 comments
Edit

I combined the remains of the two cups and added some cream. Now off to the bath!

Had a cup of this last night. It was a gift from someone I know from Ravelry. For a decaf black tea it wasn’t bad, but it still didn’t have as much flavor as regular black tea. That’s always going to be the case, sadly. But it was decent for a decaf, so thanks to the giver!

Boiling 3 min, 0 sec
Yours I Like This
2 likes
2 comments
Edit

I have to agree that while it is not great, it is about the best decaf black I have tried. The flavored ones are much better! I hope one of them works!

As far as the flavored ones go, I’m very much looking forward to the vanilla but am unsure about the peach. Peach flavor and tea seems like an odd mix, but I’ll be trying it too soon. Thanks again for the samples!

I finally found a decaf that actually tastes like real tea.

On opening the tin, the Ceylon looked like real tea. Long decently well shaped leaves of dark brown and tan. It even smelled like tea. After brewing it became apparent that there were more stems than it appeared at first, but still with decent sized pieces of leaf attached.

It brews up a nice looking characteristic Ceylon colored liquor. The taste is quite nice (considering it’s a decaf of course) and is actually quite satisfying. I might even bring some to the office to drink during the afternoon when I want a cup but not the jangle. This is the closest I’ve ever come to a decaf that tasted and satisfied like real tea.