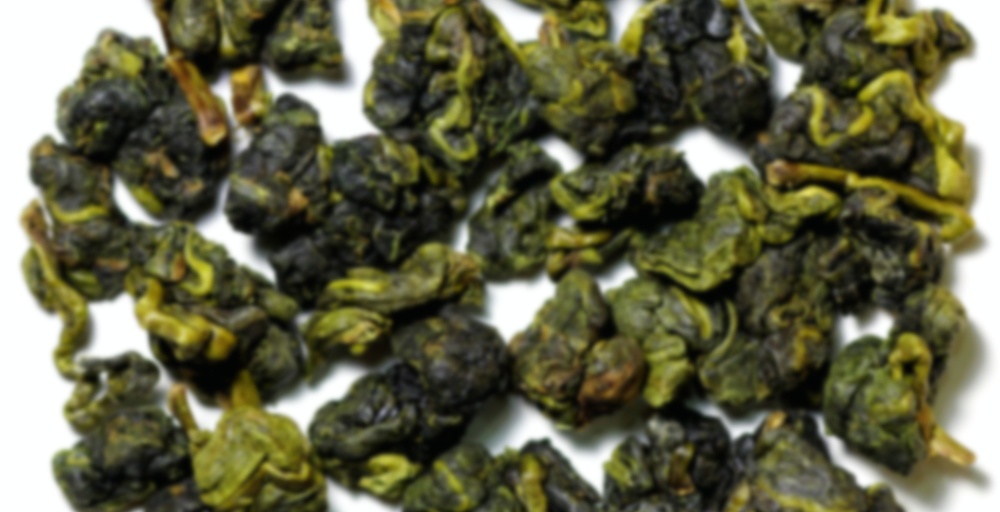 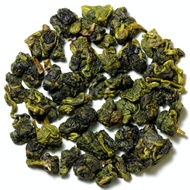 by Green Terrace Teas
86
You

Grown at about 1,200 meters in the rich soil of the Alishan region, this tea is a wonderful introduction to oolong teas from Taiwan. Sweet, rich and aromatic, Four Seasons Spring Oolong (or Si Ji Chun) has a pleasant buttery and honey taste that evokes mild notes of jasmine and lily. This oolong as a mild vegetal character and has almost no bitterness – a great tea for any time of the day.

Four Seasons spring oolongs usually don’t offer the same experience as their pricer high mountain siblings. That said, they can still enjoyable and occassionally even surprise you as long as you don’t set your expectations too high. This one was fairly decent when prepared gongfu but was overall unremarkable.

Out of the bag, it had a sweet, sumptuous aroma of lychee and flowers. Butter and pastry like aromas wafted out after dropping the leaves into a warmed teapot. Wet leaf brought out enticing aromas of apricot jam, peonies, and orange blossom. The amazing smell however didn’t manifest itself in the tea. The tea is light bodied with a bright fruity flavor, syrupy sweetness, and floral undertones – mostly orange blossom. Doesn’t have the fullness or depth of better gaoshans but that is to be expected. I got several solid steeps out of it before it faded out.

It was less impressive when steeped using other methods. There’s hardly any flavor after cold brewing for nearly 24 hours. Doesn’t hold up well to grandpa style either.

Mmm the aroma sounds amazing, I wonder if it would make a better iced tea?

So… I drank this last night and apparently it wasn’t note worthy because I remember nothing.
:/

(In a case of mistaken identity, this review was posted under the alishan oolong of the same company, but I realized today that it belonged here…)
Gong fu # 3 of Sunday’s extravaganza!
First steep 15 sec: some sweetness and butteriness, smells somewhat like an alishan should.
Second steep 30 sec: Flower power hits you in the nose with this steep! Sweet flowers in the aroma cup. Taste is buttery, a light floral. Like a good alishan! Minerals starting to come through, staying on the tongue.
Third steep 45 sec: We’ve hit the beaniness and slight bitter minerality. The scent in the aroma cup is still a lovely floral bouquet.
Fourth steep 1 min: The aroma is even sweeter florals! Flavor is really raw beans, or maybe cucumber skin, nearly bitter. But something keeps me drinking it, like gulping… so refreshing!
Fifth steep 1 min: Bean is coming into the aroma. More of a green pea flavor, less bitter, sweeter an smoothed out.
Sixth steep 1 min 15 sec: Aroma is floral again, though more stately this time. Flavor is getting steeped out- now a blend between beany and floral, but overall much lighter, but still a full, buttery mouthfeel.
Overall a nice oolong. I’m a fan.

This was mistakenly attributed to the Ali Shan when instead it was apparently this tea instead. So this is a reposted note!

This was our final gongfu of the afternoon. There was almost too few leaves for this one, so my steeping was fairly wonky. This one was pretty much exactly as I might of expected. The steeps were all variations on the same theme: floral and sugar snap peas, with perhaps a hint of butter. Some were more floral, some were more vegetal, but they were all pretty similar. I kind of drank this one without really thinking about it. It was a perfectly fine tea, but not overly memorable for me.

ETA: Oh, I almost forgot! There was one steep near the end that was really nutty, almost like some chinese green teas. That was an interesting steep, I haven’t gotten a ton of nuttiness from high mountain oolongs before.

A sipdown and another excellent cup. I steeped the rest of my sample, which was about 1.5tsp (3g?) in 87C water for just over four minutes, then four, then five.

I will probably need to restock this some day. The honey note gets me every time.

I really like four seasons of Spring Ooolong. it isn’t as complex as some of the finer mountain teas, but it is reliable and a good value for the price. The Green Terrace version is very good: buttery with hints of veggies and spice. A great everyday tea. I’m a bit relieved, as I loaded up on 150 grams during their sale last Summer.

Ah yes, listening to the Journey OST and drinking tea at two in the morning. This is my life, these are my choices. Regardless, I am pretty well smitten with this new oolong. My first steep was definitely overbrewed, and the (distinctly cinnamon) flavor was overpowering against a bitter backdrop. I almost dumped out the leaves, but shrugged and gave it a second, shorter steep instead. The cinnamon that had before proven so repugnant now uplifted the soft, green notes and the sweet, vaguely floral finish. And it’s so creamy? I don’t know how they manage to cram all those flavors into a single sip, but I’m not about to complain. I am a little miffed with Green Terrace Teas for having two of my favorite oolongs on record, but a new order should fix that.

Lovely! Like a spring morning! The aroma is slightly “green” – not so much veggie or grassy but more like that fresh, new, green smell from the new green growth of spring.

It’s a heatwave and I’m drinking hot tea? Why??? Well, caffeine really. I do the occasional cold brew of stuff, but I have to say in general iced tea leaves me… well, cold. Just not in the desired way. Tea should be drunk hot. It is, for me, the natural state of tea. Cold tea can be all well and good, but it’s just not something that I want.

So I’m having hot tea now. In a heatwave. A normal person would go and have a glass of Ribena instead, but apparently I can only take normality so far.

Another reason is that I’ve still got this box of untried things to empty. I’m down to only eight things in it, not counting this oolong I’m having now. I need to empty it so that I can be allowed to buy new stuff, and for the longest time I’ve been annoyed by the lack of dark oolongs in my possession. The cup of tea that I want the very most right now is Da Hong Pao. But I haven’t got any. And I’m not allowed to get any.

So onwards with the box emptying.

This is the last of the three samples that Green Tea Terrace sent me. I didn’t choose this one myself. I said I would like to try an oolong, but as they were all greenish types so far as I could tell, I said I had no idea where to even begin. I said the one or two that I had tried before, and asked them to choose something for me that wasn’t too floral. This is what I won.

The aroma of it is indeed not very floral. Again, and I’m beginning to suspect that this might be a Taiwan characteristic in general, I’m getting a fair bit honey notes from it and also a little bit of milk.

The flavour also has a large honey note, which I immediately decided I liked very much indeed. It really is mostly a honey-y tea, with a leafy sort of note to the aftertaste. The GTT descriptions mentions notes of jasmine and lily, which under other circumstances would have made me disregard it completely as I really don’t like jasmine scented things much at all. In this, however, I can’t actually find any of these floral notes at all. For me, this is a big win.

I found I quite enjoyed this, and it makes me more curious about the greener oolongs. I’ve never been hugely interested in green or white teas in general (save for the occasional ambition to learn more about them which would always pass again relatively quickly) and greenish oolongs tended to fall to that same side of the spectrum. I just couldn’t tell them apart at all. Not the way I’ve learned to do with black teas. I reckon this is probably a question of gaining a lot of experience, but in order to gain experience you have to have an pre-existing amount of interest which has turned out to be much more difficult to achieve. I can’t say that this particular tea has sparked such an interest in me, but I can say that I’ve now become interested in seeing if it could. :)

Thank you so much for the samples! I wouldn’t call the oolong in this vacuumed foil pack as green as the picture on the site shows. The leaves are more yellow green than jade. They have a creamy milk oolong type fragrance to the dry leaves. I used two teaspoons for my 12-13 ounce mug, as the only suggestions on the site are 194-203 degrees.

Steep #1 // 12 min after boiling // rinse// 1 min
The flavor is very nice, creamy vegetables. Not quite milk oolong as the flavor sways over to savory slightly more than sweet. There is no astringency like I added too many leaves, but I probably could have went with 1 1/2 teaspoons and had a flavorful cup anyway.

Steep #2 // just boiled // 2 min
The brew color is a slightly brighter yellow now and the flavors are similar yet stronger (no astringency though). There is also a hint of floral flavor. I love my floral oolongs!

Steep #3 // just boiled // 2 min
Another full flavored cup, slightly more floral while losing some of the creaminess, still no astringency. So much of that lovely oolong flavor I love! I think the third cup might have even been the best one. I think this oolong could have went on for many more steeps. I’ve never seen my brew basket so full of leaves before… this oolong must have been rolled very tightly… the brew basket seems like half a pound now! A very lovely oolong, though I wish Green Terrace would sell a smaller amount of leaves at a time.
GreenTerraceTeas.com