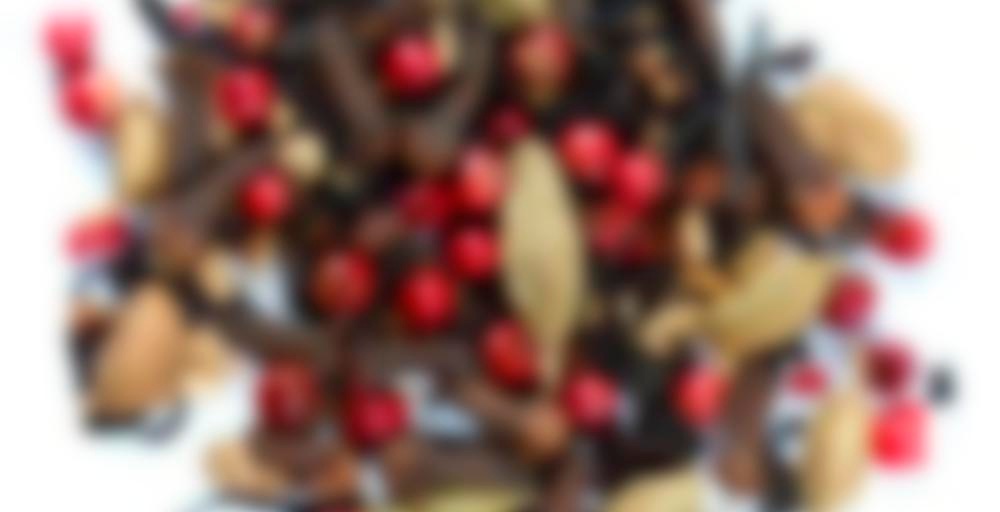 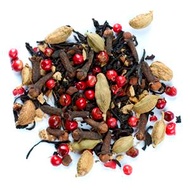 with 133 Ratings Rate this tea Rate This Tea

In the 1950s, Saigon cinnamon was one of the finest spices on the market. But then came the Vietnam War, and exports ground to a halt. Half a century later, it’s finally comeback time. Prepare for dark, sweet perfection. This blend of Assam tea, cinnamon, ginger, cardamom, cloves and pink peppercorns is on another level of delicious. Try it iced, Viet-style, with sweetened condensed milk. (MK Kosher)

I know I go through this all the time, but I have found the Saigon Chai sweet spot! I had another 50 g tucked away somewhere and brewed a cup today. Only 2 or 3 minutes to steep and I shook out the dust beforehand. I find this batch has fuller leaf which means less bitterness off the bat. I added a tiny bit (maybe 1/8 tsp) of sugar to my Perfect Tea Mug, and it’s great. For now. Historically, it gets worse as it cools, but I’m hoping this cup holds up better. Raising the rating, for now. Really need to do a proper stovetop chai with this sometime!

I love Saigon Chai. It definitely sets the bar to which other chai blends are measured against.

My last batch of it was really not that impressive, it got bitter after 2 minutes of steeping and was very crumbling, so it would over-steep unless I used a T-Sac. This is more like what I wanted though!

This tea had an ‘accident’ this morning and ended up down the drain. The flavoring brings it over the top to that sickly sweet candy place.

I infinitely prefer chai that relies on the spices and herbs for flavour.

Well. I was really careful about it because I was drinking out if my new mug. :)

Tea 7 in my chai quest. I was expecting this to be cinnamon heavy. I think Davids usually are. This one isn’t really that bad, it’s peppery and spicy – but not really as “chai” as I would like it.
I still have 3 to try tomorrow, this one falls in just as average.

This is one I’ve been wanting to try, so I grabbed it on my recent order.

It’s a decent chai, although not my favorite. It does remind me of fall, as most good chais do. And it’s very cinnamon-y, which is a nice enhancement to chai. I love the pink peppercorns – a fave of mine. There’s just something missing with it that makes it not as promising as others. I can’t put my finger on what though.

Maybe I’m just being a chai snob. I’ll keep at it, maybe this one will get better. I’m not saying it’s terrible – it’s still a great wake-up tea!

I love waking up to chai! Mmmm!

Here is another one I’m just now trying from TastyBrew’s awesome package. thanks again! I almost had the NecessiTeas chai that TastyBrew also sent me, but I remembered I didn’t try this one yet. I used two teaspoons since looking at the dry leaves, it’s mostly spices (sounds good to me!) After a few minute steep, the flavor is unique somehow. I guess many chai blends don’t have peppercorn, which to me seems to add a sweet flavor. Not so much here though, unless I’m confusing the cinnamon for the super sweet type (think Harney’s Hot Cinnamon Sunset!) There is also some ginger, cloves and cardamom. The black tea listed in the description seems to be assam, but it didn’t taste like an assam to me. A bit mild. But since the spices are so nice, I don’t mind that the black tea isn’t fantastic. The second steep didn’t taste the same, even with a seven minute steep time.. it seemed to lose everything that made the first cup unique. Overall, a unique flavored chai somehow, so I’m happy to have a few more teaspoons in my collection!

I love the visual mix of ingredients – the little peppercorns are awesome!
Brewed up this smells incredibly of cinnamon. Full disclosure: I am not a cinnamon person.
Flavor-wise this was fairly thin and somewhat cinnamon heavy. I ended up adding milk and sugar which tempered the cinnamon and actually made it taste more interesting.
Not the best chai I’ve ever had (I’m looking at you, Thai Chai!), but still drinkable.

It’s like the Coco Chai Rooibos except without the light rooibos and the creamy coconut. The latter of the two is the deal breaker. Also, no cloves.

The main spice is cinnamon, and good cinnamon at that. Ginger is the second main flavour I detect. Those two items create a nice spicy sweet profile. I’ve never had Assam so I cannot pick it out too well in this blend.

All in all, not bad. Although, I’m not sure if this will ever be my go to chai. Cinnamon isn’t usually my favourite spice and I’d rather it share center stage with something else.

It’s delicious when steeped partially in hot milk (as are all good chais).

I was disappointed by this yesterday, and then I was disappointed that I was disappointed. I made this in my little tea for one set, and before I added the hot water, I added a bit of soy milk and a touch of sugar. I only let it steep 2 minutes, as is my habit with black teas. It turned out weak. I was so, so sad! I actually didn’t finish drinking it.

I have enough for a couple cups left, but if it doesn’t improve its performance soon, this one many not be a rebuy.

Boiling 2 min, 0 sec
Yours I Like This
4 likes
7 comments
Edit

Don’t let it trick you. I bought a sample and didn’t like it much. Then one day I made it wonderful, so I bought more. I haven’t been able to recreate that wonderful day yet, and have a bunch left. I’m hoping one day I will go on a cinnamon crazy and need this tea. I’m starting to think I hate cinnamon, after the Cinnamon Hearts and Saigon Chai disasters.

Well, I’ve had it wonderful in the past, and it made some damn good applesauce, so I might just use it for that. I just don’t have room in my cupboard to replace teas I only sorta like, you know?

I had the glitter n gold today, it was meh to! maybe it’s the wrong season to enjoy cinnamon?

Glitter and Gold is definitely a cold-weather tea for me.

there must have been some floral add that my body didn’t like. I couldn’t even finish the cup, it made me nauseous… atleast I think it was the tea (if not the customers of walmart email that I was forced to read by a coworker!!!)

try crushing or grinding the spices before you steep it. I find that a lot of spice based teas taste weak because the flavours haven’t been woken up yet.

Got a sample in a recent order …

even better than I remembered. Nice cinnamon heat (but not cinnamon candy taste), some lovely sharpness, and mellow Assam. Doesn’t forgive a long steep, so time this one carefully. I like it at max 4 minutes for plain sipping. It might benefit form 5 minutes if you add milk. Upping my rating.

Boiling 4 min, 0 sec
Yours I Like This
6 likes
1 comments
Edit

I actually had a tiny glass of this in store one day and liked it. There was something really different about it, but I decided it worked.

This tea is ok. Not great. Nothing to write about. :P