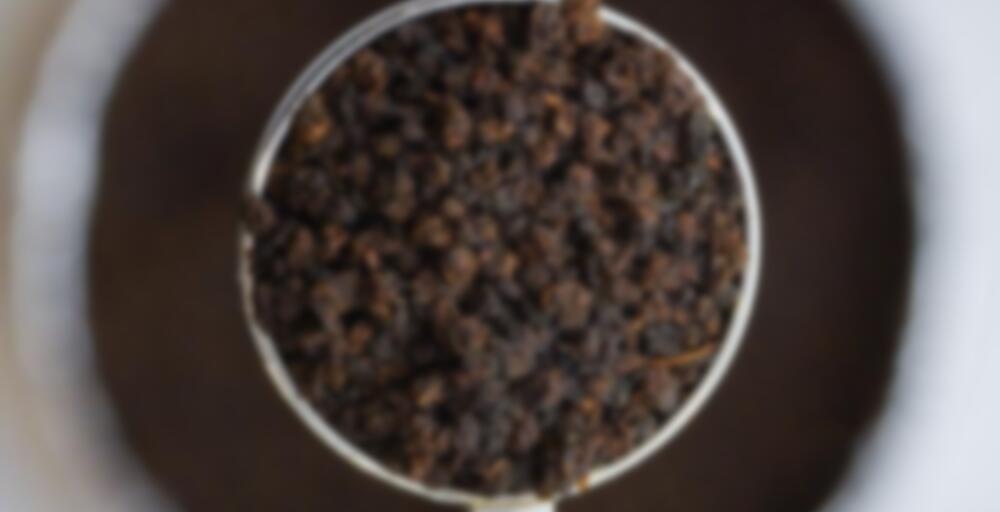 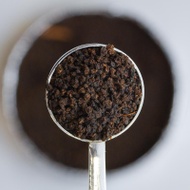 Introducing Bird & Blend’s Builder’s Brew (BBB!), our strongest breakfast tea. Fantastic with your fry up, perfect with a Paddington (marmalade on toast, obviously!) + suitable for shaking the frost off those brisk British northern mornings. This blend of CTC (cut, tear, curl) leaves creates a cup that packs a palatable punch!

Make Mine a Builders

Catching up on a couple of missed advent calendar teas today since I’ve been sick for the past few days. I’m still not completely better, but at least I can taste again (mostly). This is described as B&B’s strongest breakfast tea, plus I could see that it was all CTC leaf, so I only steeped it for 2 minutes instead of my usual 3.

For me, this doesn’t have enough character. It mostly tastes tannic, with some malt and dry leaf notes. There’s perhaps a little bit of dark pumpernickel bread flavor.

I think this one is likely meant to be taken with milk and sugar, which is not something I’m in the habit of doing. So it’s really not my sort of tea. But that’s okay!

Cameron, reading all your reviews on these, I’m thinking Lupicia > Bird&Blend Tea. Am I wrong?

I guess I do love more of Lupicia’s teas. But there are some from B&B that I love, too!

hehe ok. I tried adagio flavored, thought they were decent, then I tried Lupicia and they knocked it out of the ballpark for me. I will keep an eye out on which B&B looks good. :D

To be fair, there are some awesome B&B blends that haven’t been in the advent.

@Kawaii – Yeah, I’m not a fan of Adagio. I can send you some B&B samples to try!

@tea-sipper To be honest, I didn’t like flavored tea at all until Lupicia. I think because most of them are a natural flavored taste. If B&B have some good ones that taste natural, I’m all for trying them. I have very little experience in flavored teas (virtually zero).

@Cameron I’ll PM you when I get caught up. I have like 21 YS coming, and a bunch of TeaVivre but thank you so much. <3

Kawaii – Oh okay. If you know you love Lupicia. I’m generally not too picky with flavored teas, so I can’t really say if B&B will taste natural enough for you.

Tea-sipper, some time down the road, I won’t be able to resist to try some of all of your B&B favorites and we shall see. :D Thanks both of you for your input.

Holiday Tea-son! This was the final day in my advent calendar, though it was yesterday’s tea; the final day of the calendar was an iron-on patch (Me? Do ironing? How funny B&B! I put some tape on the back of it and stuck it on the frame of my computer desk, heh). Since I was re-steeping my pu-erh yesterday, I didn’t really make any other tea, so I just saved it for today to have with my breakfast. My sachet was a bit damaged inside the package; it had a small hole and I noticed some of the CTC tea at the bottom of the paper packaging envelope around the sachet, so I cut the sachet open and dumped the tea into my gravity well infuser to steep. I also steeped briefer than I usually give blacks, only going two minutes on this one, since it’s CTC leaf. Really robust blacks aren’t my favorite. While most people steep their blacks 4-5 minutes I typically only do three, so I push CTCs back even more, heh. Just call me Little Miss Tannin Wuss.

Okay, even with a two minute steep, I totally believe B&B when they say this is their “strongest breakfast blend.” This is a bold tea. Phew. It’s very malty, with a strong autumn leaf note, and just a touch of molasses and cinnamon towards the end of the sip. It is still a bit bitter with quite a bit of astringency after the sip… I can’t imagine having steeped this for the recommended four minutes!

I do realize that teas like this are designed to be taken “British style” with milk and optionally some sweetener, but since that isn’t my preferred way to take my tea, these just aren’t my favorite as far as breakfast blends go. I much preferred the taste of the Great British Cuppa blend from B&B, which I found had a nice flavor on its own, and I had no problem drinking as it was and found quite pleasant; I really am going to have to add a bit of milk and honey to finish off this cup.

I’m sure this is exactly the kind of black tea someone out there is looking for; that someone just isn’t me.

I am far from averse to drinking my black tea with milk (I am English, after all) but if I want to drink a CTC plain I usually only steep it for a minute. I guess I’m even more of a tannin wuss, lol.

I’m not averse to it (I did add milk and honey to this one to tame it!) it just isn’t my preferred way (unless I am actually in the mood for a tea latte, and those moods certainly strike me!) Mainly, the milk often coats my stomach and fills me up too much, hense why when I want a latte, it’s specifically because I want something more “filling”, and when I want a cup of tea, I just want a cup of tea, heh. I’ll try dropping my CTC steep time down a bit more and see how that goes next time I run into one! At least I’m not the only tannin wuss out there.

Lol. I think there are many of us here in the UK! Sorry for all the questions, but how do you make your tea lattes? I might have to try that!

Usually when I’m going to make a latte, I make sure to use a mug that holds 16 oz (about 500ml) of liquid, and do 1 part milk to 3 parts tea. I usually brew enough tea for the two cups of liquid, but then add maybe just a half gram to a gram extra depending on the tea so the flavor will shine through milk nicely. Some teas that I don’t like much plain I actually really like latte-style, so it’s worth trying sometimes with less-than-favorites, too. And some teas just have a nice flavor for lattes, like chocolately or mint teas.

Thank you! Definitely giving that a go.

Bird & Blend describe this one as the strongest breakfast blend in their range, but I’m finding it suits my morning tastes pretty much perfectly. I wouldn’t say it’s really strong, but it’s certainly satisfying – pretty bold, malty, and excellent with milk. It reminds me a little of their Great British Cuppa, in that it has a kind of baked white potato flavour kicking around in the background. In fact, the only difference I can see is that this one’s a CTC, and that one wasn’t. Not usually a go-to for me, but it gets points for speed and convenience. I really wanted my tea this morning!

This one came as a sample with my last Bird & Blend order, but it’s one I’d consider buying in future. They certainly know how to do a good breakfast tea!