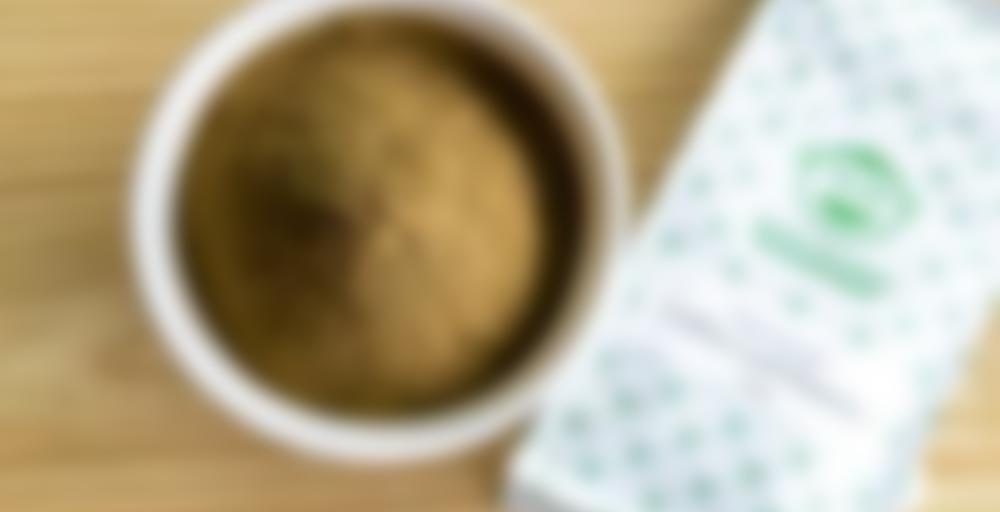 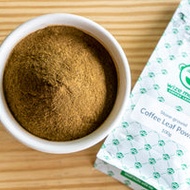 by Wize Monkey
79
You

It is 100% Coffee Leaf, nothing else added. It provides a nice smooth and sweet taste without being grassy or overly bitter unlike other ground teas. The flavour really comes out when heated, so don’t be afraid to play around with it in baking or cooking.

This new powder provides a massive antioxidant punch and steady caffeine in an easy-to-scoop format. One teaspoon of the powder will provide 20mg of caffeine, similar to steeping a cup of 2.5g of loose leaf Coffee Leaf Tea (or one teabag). No steeping needed!

It is whole coffee leaf that is stone-ground and packed at our crafting facility in Vancouver, then shipped directly to you. Once again, our supply chain is incredibly short and concise to ensure you have the freshest possible product. No other tea company is vertically-integrated like Wize Monkey, so take advantage.

I wanted to bake with this but the only recipe I could find that incorporates it is the one on the Wize Monkey website for vegan cookies. That recipe uses a lot of ingredients that are maybe used in vegan baking often but they are not ingredients I had lying around. I then thought maybe I could find a matcha baking recipe and just sub this in but I was being lazy and wasn’t sure I would like this so I didn’t want to go through all the work for something I wasn’t confident I would like.

This was a bit of a mess to make. Mostly my fault. I decided to make it using the DAVIDsTEA matcha latte, right down to using my matcha whisk and bowl. Unlike matcha, however, this didn’t really dissolve. It mostly became a brown sludge. I decided to strain it. So I strained the extra coffee leaf and then topped it with frothed milk. I then thought it would be good with a dusting of cocoa powder…which I managed to get it all over the stove.

I found this alright but mostly because it was just frothed milk. There was a touch of the coffee leaf flavor, which isn’t one for me unfortunately. Thank you for sharing Roswell Strange but I don’t think I am the target audience for this – mostly because I have yet to find a coffee leaf tea I like.

Big thanks to the Wize Monkey team for sending me a VERY generous sample of this to experiment with!! I look forward to trying several different things out – I already have a bunch of ideas bouncing around in my head.

To start, though, I wanted to just whisk this up in hot water and see what I was working with. Now, I know this powder doesn’t seem to be in any way advertised for drinking in this method – in fact Wize Monkey’s recommendation was to use it for culinary purposes such as baking. So I’m not at all expecting a really fine grind/texture and I don’t want to be critical of that – this is more an exploration of the flavour; how strong is it!? Do I need a lot of powder for an intense taste!? That kind of that…

So I’m treating this more like I would a straight matcha in terms of ratio – 1/2 tsp for my mug of tea, whisked up with a matcha whisk. The one I use for non-matcha powders, so like the turmeric powders or black tea matchas I have. It doesn’t really froth up too me, and it settles quite quickly because of the larger grind – but again, that was expected since that’s not what the powder is advertised for. In terms of taste? It’s really good. I might have nailed a ratio I’m happy with right off the bat; it basically tastes exactly like making a cup of straight coffee leaf, but maybe a little heavier on the roast/nuttier notes? There’s a pleasant sweetness, a slight grassiness – it’s good. I’ll probably try this same test with a slightly lower and a slightly higher ratio just to see how that changes things, but this was a very nice starting out point!

And actually – if we are going to talk about the texture, obviously you can feel the coffee leaf when you drink it, it’s not perfectly smooth like matcha. However, it’s not gritty or overly rough either; I’ve actually had low, low grade matcha that was shittier in terms of texture!! What it reminds me of the most is the Kale Matcha put out by DT which also had that slightly off texture or the Mermaid Matcha from Bird and Blend with the ground up Butterfly Pea Flower – all of which had the same issues with settling/separation. I actually think you could make this in latte form though and the thickness of the milk combined with the foam/froth of a latte would hide most of the strangeness of the texture.

So, I’m adding lattes to my list of stuff to experiment with. Also on the list is some type of cream cheese (because yum!), and since Wize Monkey recommends this specifically with cookies I want to do a type of cookie recipe as well.

I’m psyched! This is going to be all kinds of fun to experiment with!