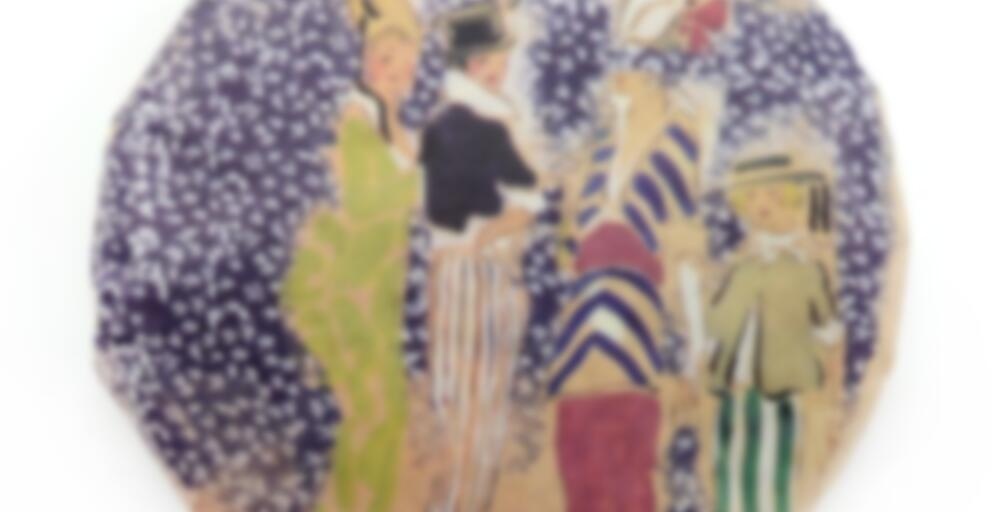 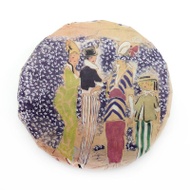 The tea has a heavy, creamy mouth feel with an airy sweetness and aroma. An enduring white tea with distinct character.

Nightlife doesn’t seem to be the most fragrant of white teas. The dry leaves have a sweet aroma that’s not very complex though. After the rinse, more intriguing fruity smell emerges. There are notes of peach, wood and dates I’d say.

The liquor has an interesting mouthfeel, which is quite numbing and foamy. The body is medium to full. As for the taste, it is strong and expansive, but not my favourite taste profile tbh. It is tart and bitter with a sickly sweet finish that turns into a citrusy and astringent aftertaste.

So, this is a tea I drank – but this tasting note isn’t really about that. It just happened to be what I was sipping on when I had to put down my fancy rat, Wasabi, earlier in the week. I can’t say I was paying attention to the tea at all; it was just liquid warmth at a difficult time.

A few weeks ago I came home from work only to find him shaking in his cage, completely soiled in what looked like bloody stool. It was really scary; especially because he’d been perfectly fine just this morning when I left for work. I cleaned him up, and then brought him upstairs to watch TV with me so I could keep an eye on him. That evening he only appeared to be getting worse/more sluggish/weak and he kept having liquid, bloody looking stool. So, we brought him to the 24/7 emergency vet clinic.

They basically told us that he had a colon infection, which is what was the issues with his stool, but we also learned that he very well might have colon cancer as well. They basically told us that they couldn’t be sure if he had cancer until they cleared the infection, so if we wanted to pay for the antibiotics that it would treat the infection but we should also know that it wasn’t a guarantee that he would get better if he was experiencing more than the infection. We took the chance, and I got the antibiotics to treat the infection.

So, for ten days I syringe fed him a liquid pain killer and antibiotic twice a day. For a while, he did look like he was getting better. Slowly his stool went back to its normal shape and he seemed happier and more active. However, a few days after the antibiotics ran out things took a turn for the negative. He began eating less frequently, though he was still drinking plenty of water. He was still active, though – seemed happy and moved around normally. However, the amount of food he was consuming daily just increasingly became less and less, and he started losing a scary amount of weight. We tried different types of foods/diets, and for a couple days it looked like maybe we’d found a good combination. I think it was a fluke though, because he quickly went back to not eating much, and then not eating at all. The weight loss was scary; and around Thanksgiving he was running up one of the ramps in his cage but clearly struggling with doing so because of the fatigue from loss of food. He slipped, and fell off the ramp onto the bottom of the cage. It wasn’t long after that that he stopped drinking water, as well.

I had definitely been slowly coming to terms with the fact that he simply wasn’t going to get better, and I think subconsciously I was definitely preparing myself for the reality I might come home from work one day and he’d have passed or that I would have to put him down. On Monday I decided to book a vet appointment to see if there was anything else we could do, and we scheduled it for Wednesday evening. However, Wednesday morning when I woke up and then went to check on him/feed him he was almost completely still/unmoving in his cage – and when he did move, to come to the cage door and greet me, his back legs weren’t working, and he had to drag himself forward with his front legs and his back half was completely lifeless. He appeared to be paralyzed.

We brought him in to the vet immediately and it was decided that the best thing to do for him, given how much pain he was clearly in and the progression of his cancer, was to put him down. It was hard; but it was the best thing that we could do for him. I at least had plenty of time to say goodbye to him, and had basically accepted this as an inevitability a long time ago – so while it wasn’t easy, it was expected.

So this note is for you, Wasabi. You were such a good, gentle and well behaved rat. Over the approximate three years that we had you, you never bit anyone once, and you were always so generous with your kisses. A truly good companion.

Massive hugs! My ex used to have a bunch of rat companions years before we got together and he just glowed every time he talked about them. Damn, Wasabi, 3 years? Heckin’ long rat life <3

Losing an animal is just the hardest. It’s not fair that they have such a short lifespan compared to humans. I’m very sorry for your loss.

Oh no, sounds like such a loving pet. Sorry for your loss.

I am so so sorry for your loss, losing pets/furry family is so hard.

I’m so sorry for the loss of your furry family. I’ve always been of the opinion that we are fortunate that we are able to repay our fur-babies for all the love and warmth they’ve brought into our lives by being able to show them that love and kindness by being able to end their suffering when its their time. You did a good thing and I’m sure he felt your love every minute of those three years. <3

Sorry Ros. He was blessed though to have a caring someone like you in his life.

I’m so sorry you lost your fancy rat.