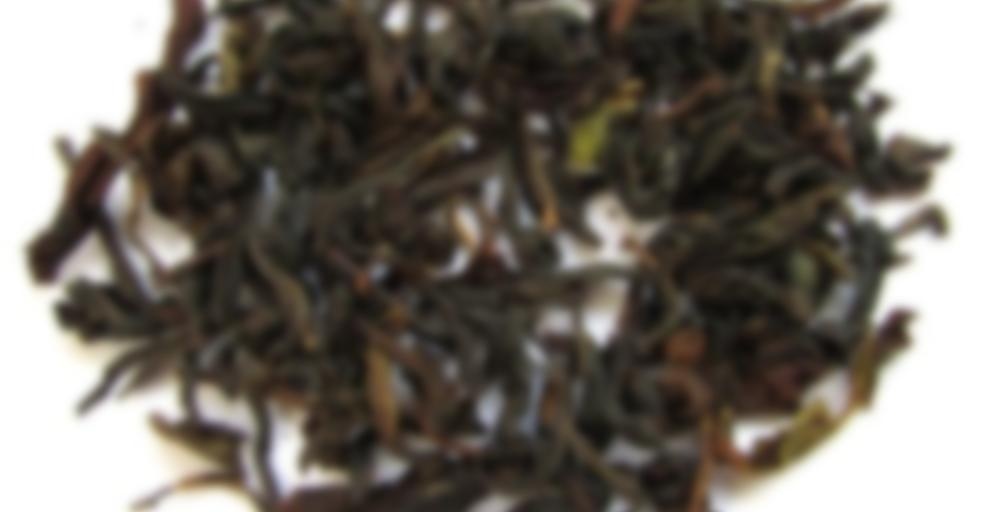 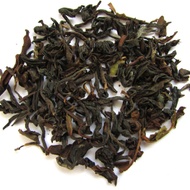 A smooth and fruity Darjeeling with a zesty taste of orange blossom combined with a muscatel finish.

A cheaper version of the ‘China Muscatel Gold’ we have carried in previous years but not too far away in quality.

Sourced direct from Gopaldhara tea estate in Darjeeling, located in Mirik Valley and one of the highest tea estates in Darjeeling with gardens totalling 320 hectares.

It is decent black tea with quite strong astringency with baked bread aroma, bit caramel sweetness. As well heavy on malty side. I think I overbrewed it a bit, because all tastes are too strong and hard to recognize each one. It is decent but too strong.

Next time, more precise brewing please. No rating so far.

Given that I’d purchased four teas from Darjeeling and Nepal, Alistair kindly included this second flush as a free sample in my order. This was another one I almost bought, but I decided to go with the Rohini Golden Buds instead. It’s the 2019 harvest. I steeped about 4 g of leaf in a 355 ml mug at 195F for 5 minutes, plus another uncounted infusion.

The dry aroma is of muscatel and orange blossoms, and these are the flavours that jump out at me on the first sip. I also get orange, other flowers, cream, tannin, malt, earth, wood, grass, and raisin. Unlike the Rohini Golden Bud, which is a big fuzzy teddy bear of a tea, this is pleasantly astringent. The second steep still has muted muscatel and orange blossom notes, but is maltier and more astringent.

This is a rustic, high-quality second flush that would make a great morning tea. There’s a nice balance between its heady muscatel and orange blossom aromas/flavours and its earthier elements. However, I made the right choice for my particular taste preferences when I bought the Rohini.

Alrighty, I’m back at last. This week was so hectic on my end. I’m just glad it’s over. Now, I can finally relax a bit. This was one of my sipdowns from earlier in the month. I had kind of been meaning to post this review sooner, but I was trying to mix up my reviews a bit and not post black tea review after black tea review, so I skipped over it and ended up forgetting about it. Anyway, I’m remedying that oversight now. This tea was supposed to be a slightly lower end version of the 2nd Flush Gopaldhara ‘China Muscatel Gold’ Black Tea that was also offered by What-Cha. Honestly, I found it to be a very enjoyable tea in its own right, and in terms of aroma, flavor, and drinkability, it was pretty much neck and neck with its somewhat more expensive sibling.

I prepared this tea in the Western style. After a quick rinse, I steeped 3 grams of loose leaf material in approximately 8 ounces of 194 F water for 5 minutes. I did not attempt any additional infusions for the review session I am detailing here, but I did attempt a second infusion of 7 minutes a couple of other times and got pleasant results.

Prior to the rinse, the dry leaf material produced aromas of Muscatel, baked bread, malt, and fig. After the rinse, I noted new aromas of wood, roasted almond, grass, marigold, and dandelion. After infusion, the Muscatel aroma faded somewhat, though new aromas of cream, rose, and orange blossom appeared. In the mouth, the tea liquor presented notes of grass, dandelion, earth, marigold, dandelion greens, straw, violet, rose, smoke, roasted almond, baked bread, raisin, fig, Muscatel, wood, cream, and malt that were backed by hints of apricot, orange blossom, orange zest, peach, cherry, and pear. The finish was somewhat astringent, yet it also retained a good deal of fruity, woody, malty, and nutty characteristics that lingered in the mouth and throat after each swallow.

This was yet another nice second flush black tea from the folks at Gopaldhara. It was a little rougher and earthier than the China Muscatel Gold, and I could tell the leaf quality was not quite as good, but this was still a very respectable and enjoyable offering. Truthfully, I very much enjoyed its pricklier, more rough-cut character, and I was not exaggerating earlier when I stated that I found this tea to be about as enjoyable as its more expensive sibling. If it is still available, consider checking it out if you are a fan of second flush Darjeeling black teas and looking for a very good one that won’t bust your budget.