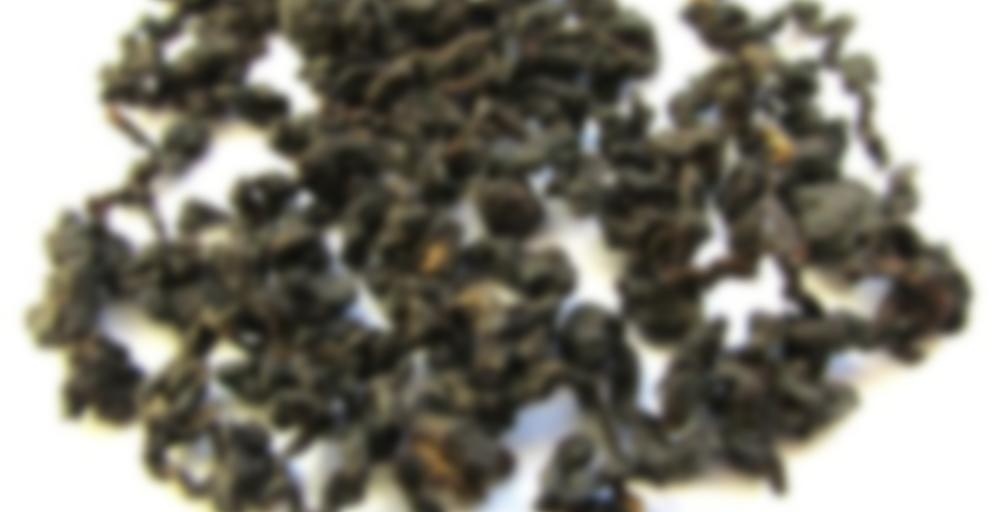 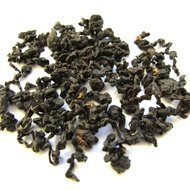 A delightful brandy oolong with a splendid thick sweet taste of honey and molasses.

Origin: Longyan, Fujian, China
Altitude: 1500m
Sourced: Direct from the farmer
Percentage of price going back to the farmer: 30%+

Okay, now that I have access to a working computer again, it’s time to post a review. This was my most recent sipdown and a tea I had been eager to try for some time. Prior to trying this tea, I had never had a brandy oolong, so this was a new experience for me. I was a little surprised to see that this tea was produced from Qing Xin (Green Heart), a cultivar generally associated with Taiwanese oolong production. Overall, this ended up being not quite what I expected, but it was a very pleasant, solid tea nonetheless.

Prior to the rinse, the dry tea leaves produced aromas of honey, molasses, sweet potato, and baked bread. After the rinse, I detected new aromas of roasted almond and roasted peanut. The first infusion introduced scents of orange zest, pine, brown sugar, and cinnamon. In the mouth, the tea liquor presented notes of honey, roasted almond, roasted peanut, baked bread, and brown sugar that were balanced by hints of pine, cinnamon, and sweet potato. The subsequent infusions coaxed out aromas of plum, red apple, Asian pear, lemon zest, and malt. I also noted a very subtle cocoa scent at times. Stronger and more immediately apparent notes of pine, cinnamon, and sweet potato appeared in the mouth alongside belatedly emerging notes of orange zest and hints of molasses. Impressions of Asian pear, plum, red apple, minerals, malt, red grape, and lemon zest were also apparent. I could even pick up some hints of smoke, earth, nectarine, and cocoa here and there. As the tea faded, the liquor emphasized notes of minerals, malt, roasted almond, Asian pear, plum, orange zest, and red apple that were underscored by hints of honey, roasted peanut, brown sugar, baked bread, and lemon zest.

Since I did not know what to expect out of this tea going into my review session, I reflected on its name and came to expect a warming, smooth, sweet tea. It ended up displaying all of those qualities, but after a point, it struck me as being more nutty and citric. It didn’t really remind me of brandy in any way. It also was the sort of oolong that peaked quickly and then faded rapidly before evening out and clinging to life for an extended period of time. By the time I called it quits, the leaves were still producing a noticeable amount of aroma, but I was not getting much flavor out of the tea liquor. Anyway, this was a pleasant, easy-drinking Fujianese oolong with respectable longevity. The only real knock I can think of is that it was neither a consistently engaging nor uniquely captivating offering.

Taste: Prunes/Plums, cream, honey, a moderate floral note that dies off in later infusions. Can easily be infused 8 times. I would recommend infusing 10+ times at least once as when infused this many times the leaf took on a surprisingly strong dry rock minerality that blew me away!

Brewed gongfu style using 5 grams of leaf per 100 ml of water at boiling temperature. 20 seconds for the first infusion, +5 seconds for each subsequent infusion.

The free sample came in a resealable ziplock bag. Looking up the tea, here’s something a little different… Oxidation: 90% and Roast: 0.

The leaves are dark, rolled up with a sweet floral aroma. The liquor is a clear but dark amber, almost pu’er-like, with a honey-like aroma. The taste is superb with honey-molasses-like flavors but with light floral, light spice notes. It’s medium-bodied, but it’s rich and has a super smooth mouthfeel, and a long finish (I still taste it and I finished a while ago). The prominent molasses, honey, malt notes absent of bitter notes makes it a wonderful wake-me-up tea.