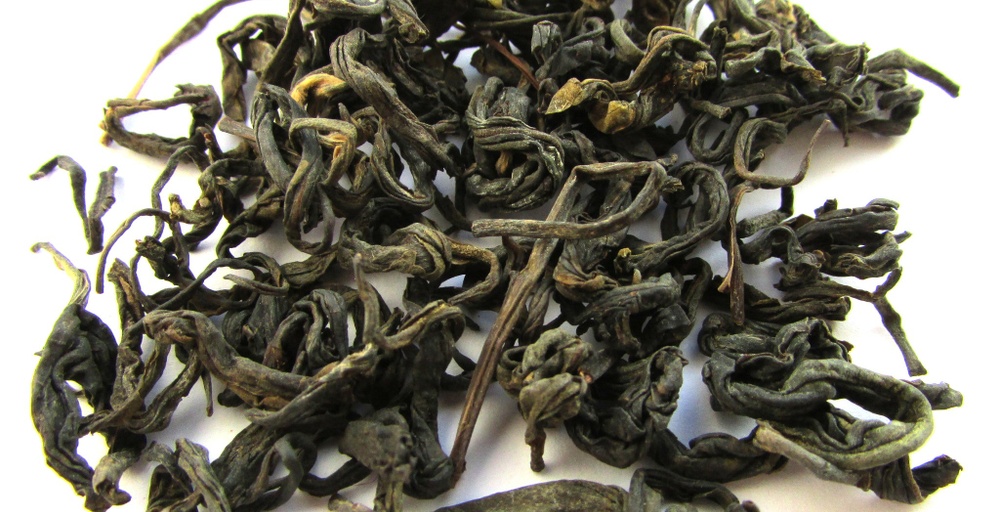 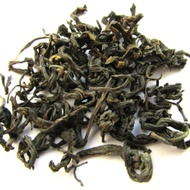 It takes in excess of one thousand lotus flowers to produce a single kilogram lotus green tea! It is this extremely laborious process which accounts for the tea’s high price.

The wild-growing green tea base is specially sourced direct by Hatvala from Fin Ho in Ha Giang.

Sourced by Geoff Hopkins of Hatvala, who regularly travels Vietnam in search of the best teas, all of which are sourced direct from the tea producers.

Hatvala’s mission is to raise awareness of the high quality Vietnamese teas which are often overlooked on the world market and it my pleasure to assist by making Hatvala’s full range of Vietnamese teas available on What-Cha.

SIPDOWN 47; February 17th: Random Acts of Kindness Day (one day late, whoops) Thank you White Antlers for a few cups of this tea. If I had to drink all acts of kindness tea, I would drink so much teas!

I have decided to brew the rest, which was less than 2 grams, gongfu.
While it isn’t a preparation method that suits this tea best, it wasn’t bad either.

Let’s face it, first steeps were amazing, and maybe even a little more than conventional western brewing. But then the lotus flavour was weaker and weaker — much more towards anise. I must say, once it was really overwhelming. But then, puff, it diseappeared and I got only nice green tea base with smooth floral underline.

Yep, prepare it western. It’s better. But this small amount was just right for gaiwan only.

From White Antlers. I’ve always wanted to try this, so thanks unto you.

Sealed pouch of Summer 2015 harvest. The green tea has seen better days. It is vegetal. The lotus scenting is still strong. I can’t imagine how much more so when fresh. It’s such a complex fragrance, like juicy grapes, anise seed, hyacinth and sassafras. Intriguing, definitely. I might set some of this aside for kombucha before passing the rest forward.

I am going to share the story of Mittens with you all, Mittens the Wither that doesn’t know how to Wither. In my creative world I built a zoo, all the various mobs have a nice little enclosure allowing for viewing in a pseudo-native habitat. So to spice things up I made a Wither enclosure, saved the game, then turned off auto-save and turned on mob griefing and decided to watch the Wither destroy my zoo before I quit out, the destruction having been erased. I have never seen a Wither fail so epically, so much for being the enemy of all life! It took forever to blast through a wall and then when it finally did it couldn’t even manage to kill an Endermite, so I turned off mob griefing and shoved it back in its enclosure, not even bothering to exit without saving…it made that little of a mess. So feeling sorry for it I put a dispenser that ‘feeds’ the Wither random cows and such and half the time it doesn’t notice it, realizing this Wither had…issues…I named it Mittens and created a rehabilitation fund in the zoo, maybe one day, with luck, Mittens can be returned to its native habitat.

Today we are taking a look at What-Cha’s Vietnam West Lake ‘Golden Flower’ Lotus Green Tea, sourced from Hatvala, and this tea is artistry. The way lotus tea is produced is green tea is stuffed into the blossoms, the blossoms close overnight sealing the tea in to absorb the aroma. There are other versions (standard scenting by blended the flowers with the tea and then the flowers are removed, and for really cheap Lotus tea, using lotus oil or extract flavoring rather than scenting) I am not sure if this one is a ‘stuff the blossom’ or standard scenting procedure, but regardless I have a serious weakness for lotus scented tea. The aroma is intense! Strong notes of anise and honey, vanilla and sassafras, pollen and an underlying greenness of grass, hay, lotus leaves, and bamboo leaves. The mix with an overwhelming sweetness and fresh verdant notes, an unusual note with this tea is the sassafras. Lotus smells amazing, with strong sweet notes of anise, this is the first time I have run into one with sassafras adding a fun level of depth.

Steeping the tea ramps up the intensity, which is a little mind boggling considering it was already super intense. Strong sweet notes of anise and a touch of licorice (similar yet different, the same sweetness without the root notes) blended with sharp green notes of bamboo leaves, hay, and cut grass. It is surprisingly cooling to my nose, like breathing in mint without the menthol notes, I find this immensely intriguing. The liquid is a really sweet blend of anise and cream, with a touch of sugar cane, broken bamboo leaves, and a touch of grass at the finish. It balances its green and sweet notes in a very summery way, reminds me of the lotus pond I visited at Wildwood park in Harrisburg, one of my favorite wetlands.

First steeping and wow, it manages to be incredibly intense and delightfully mild at the same time, quite the accomplishment! This is definitely a tea you taste the most with your nose, if I was to plug my nose the taste would be light with notes of anise and bamboo leaves, with a lingering touch of honey at the finish. The moment I breathe through my nose then it is like having my face in a lotus flower, it fills up my nose, mouth, and throat, it is intoxicating! The aftertaste/smell of lotus lingers long after the cup is empty.

Second steeping, because there is no way I was stopping after one. The aroma is strong, notes of anise and sassafras with creamy honey undertones mix with cut grass and broken bamboo, the green notes have a sharpness, very much so the notes of freshly broken vegetation. This time around the majority of the strong lotus notes are not just in the nose, you can really taste them. Underneath this powerhouse of anise and sassafras is gentle notes of pollen and honey. The finish brings in crisp notes of bamboo leaves and a touch of raw spinach. The lingering aftertaste of anise stays for a while, like the previous steep.

The third steep has a strong aroma still, though it is more balanced between the lotus flower notes and vegetation, either the lotus is fading or the green tea is getting stronger, either way it still reminds me of summer. The taste takes a cue from the aroma, it is not just a powerful blast of lotus, but a more subtle and subdued sweetness with strong notes of crisp grass, broken lettuce, and a distinct herbaceous sage note which I found blended really well with the anise notes. This tea lasted for a few more steeps, it is really quite wonderful, but I love lotus tea, even the occasional really cheap bags of the flavored stuff I get from Vietnamese markets, though they do not hold a candle to the real scented ones. I have seen some people say it is an acquired taste, and I can believe that, if you are not a fan of anise then chances are this is not the tea for you, but if you are then boy are you in for a treat!

For blog and photos: http://ramblingbutterflythoughts.blogspot.com/2016/01/what-cha-vietnam-west-lake-golden.html