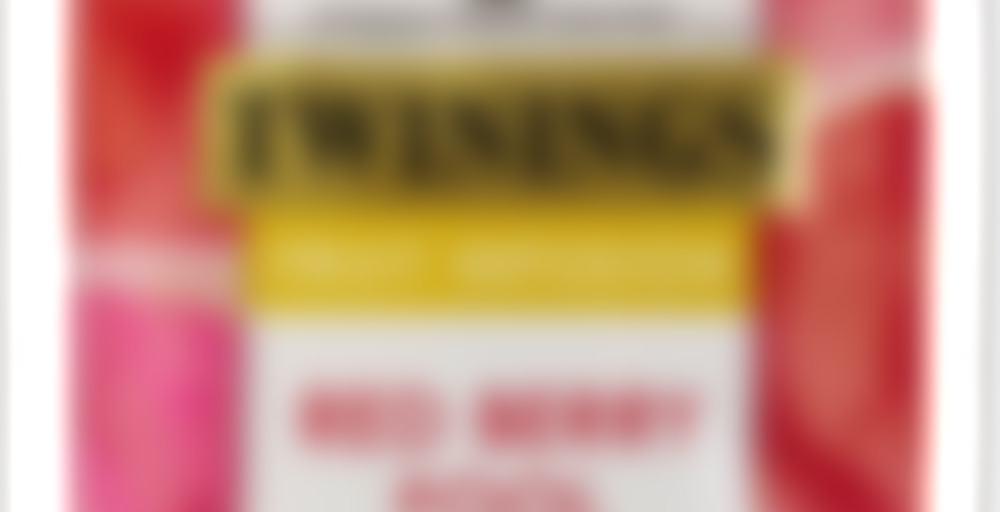 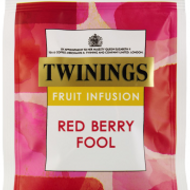 You have to try this tea, hot or cold the infusion is delicious and very moreish.

Red Berry fool takes it’s name from a well known dessert, this tea has floral notes from the Hibiscus, Rosehip ingredients, as well as fruity notes from Apple, Orange, Elderberries and Sallflower.

I genuinely believe that hibiscus is the work of the devil, to the point where I approach any fruit or berry tea containing it with a certain degree of trepidation. Or maybe it’s more like resignation.

Given that hibiscus and rosehip are the top two ingredients in this tea, I should be feeling pretty grumpy right now. Even I have to admit, though, that this tea smells fabulous dry. Like wine gums. I am rather concerned, though, that a tea named “Red Berry Fool” actually contains a decidedly limited range of berries. One, to be exact — elderberry — and right at the bottom of the ingredients list. The other ingredients are the previously mentioned (and inescapable) hibiscus and rosehip, apple, orange, and safflower. It smells, as I said, fruity. Not of red berries. “Fruit Tart” might be a more appropriate name.

And this tea is incredibly tart, and slightly sour, and we know who to blame for that. Despite this, it is pleasant. The fruit is present in pretty generous chunks, and just about manages to stand up to the hibiscus. It would shine more brightly if it was left alone, though, as would the elderberry. This could be a genuinely nice tea — it really almost is. It smells gorgeous, but it’s a shame the flavour is dulled by the hibiscus, which really does know how to ruin a great party. I feel like I’ve said this so many times, but if only it tasted like it smells.

Ultimately, I’m relatively happy with this tea, and I’d drink it again. I just wish manufacturers would end their compulsion to put hibiscus in fruit or berry tea. It’s not fruit, it’s not a berry, and it’s not nice. Simple as that.

Indeed, hibiscus is a spoiler…my other pet peeve? licorice root (and related). I love licorice candy and liqueur, but it ruins so many teas :)