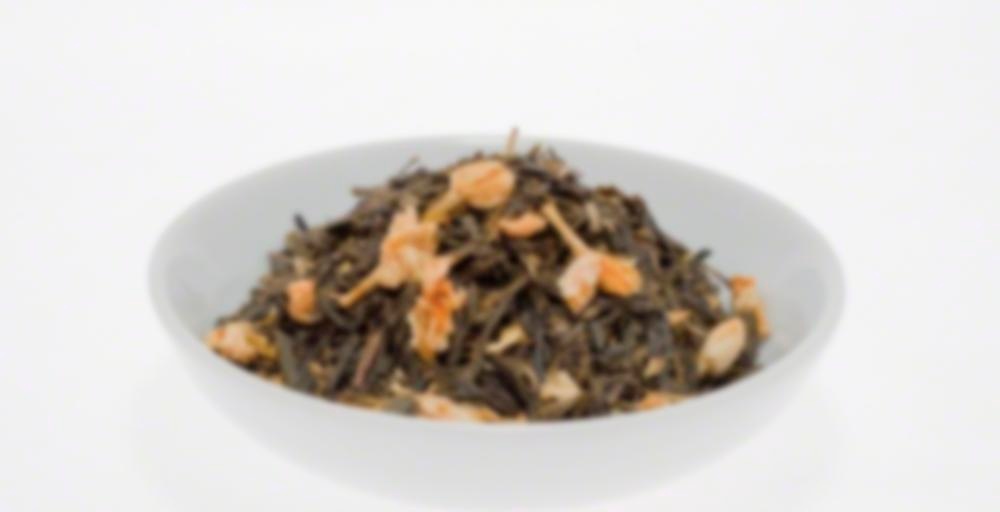 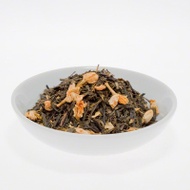 by Tropical Tea Company
76
You

If anyone wants some of this, let me know. I have too much of it.

This smells somewhat artificial, but it tastes better than it smells. I taste the sencha more than anything, it’s more like a green tea with peach undertones. I had it iced, so maybe that makes a difference. It’s definitely a very light flavor and I think flash chilling it ruined it.

So really I have nothing else to say because it just tasted like a light green tea. Now I know. I had gotten it in hopes of having it for iced tea but it’s just not strong enough for it, and I’m not a big fan of hot peach flavors :/

sipdown! so i’ve been really off of “peach” flavoured teas lately but terri sent this my way so of course it had to be tried since i must try ALL THE TEA. Suprisingly enough, this is really tasty. It’s not fuzzy peach flavoured peach – it’s much closer to being more like a real juicy peach. As many of you know…i HATE jasmine…but in this, i’m really not detecting any unless somehow it’s responsible for mellowing out the peach flavour. over all, quite pleased with this one even if it would never be a cupboard staple. Nice to have a peach tea i’m not sick of.

This tea is a bit bland to me. There’s a faint peach flavor, but I’m not getting anything from the sencha or the jasmine. I made sure my steeping parameters were appropriate, so I’m thinking this is not the tea for me. However, I love the idea of peach and sencha together, so I’ll have to see what other options are out there.

Another one I get to try from momo! thanks again! Peach & jasmine sounds like the perfect combination! And sencha is my favorite type of green tea! The steep color is a pretty light green. I may have steeped this one too long, but I like it anyway. Definitely a peach presence… not so much with the jasmine, even though I saw two flowers go into the infuser. The sencha has a vegetal taste… tastes just like green beans (which I love.. I eat them raw way more than I eat potato chips!)