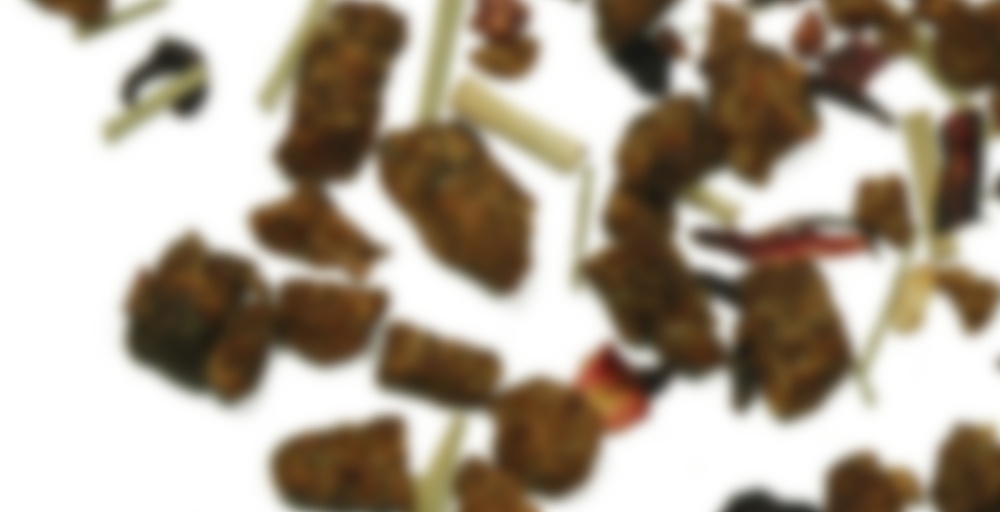 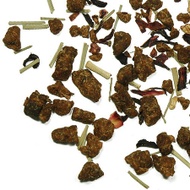 The Mojito Raspberry Mint fruit blend consists of pear bits, hibiscus, lemongrass, raspberry bits and peppermint. This refreshing combination of natural ingredients is wonderful either hot or iced and will be enjoyed by fruit lovers any time of day.

The Reinvention of Tea 80

Is this what I bought? hmmmm I don’t know. The Teaopia website is no more and I left it at work so… shrugs!
Now I didn’t taste any berry. It was just plain green mint tea. Good stuff… but I only got one decent steep and then the second one was just ok.
I prefer the tea emporium version mind you. Not by much though. No matter, now I have one to keep at work and home. Yay! :)
At a friend’s place now so I gotta run. I just couldnt resist taking a moment to post. It was this or nothing. Yep, I am addicted. Sighs…
Oh oh!! I tried the Shinoba steeping style today using a Gyokuro from DT (this one is for you Bonnie!). Not that great. Bitter and thick, not at all sweet like it’s supposed to be! I suppose a quality tea should be used huh.

Cold brewed this of course!
I am actually not getting as much raspberry as I was hoping I would. However, I really like mint, and there is definitely the mojito flavour.
This was actually better than I was expecting. Especially since the hibiscus didn’t raise it’s mean dragon head and steel the fire in this tea.

AAAAH I wanted to order this blend, but Teaopia.ca already converted to Teavana :/

Unfortunately I don’t have enough to send to you either :(

It’s fine. The thought is appreciated though :)

Thanks Aimee Popovacki for parting with a few cups of this for me :)

This is a lovely tea. Both the raspberry and mint are present. Neither are overwhelming and compliment one another nicely. I’m chilling a second steep in the fridge to try cold, but the hot tea is awesome. I’m sure it can only get better.

Update May 9/13: The second steep chilled is great, and I also had the third steep hot last night and that worked out wonderfully also!

This is one of my favourites. I prefer it much more cold. And a splash of vodka in it is fabulous ;)
I may cry when my tin is empty

lol I’m glad you like this one.. I really find that it is awesome hot or cold.. its just such a versatile blend.. when its gone, I don’t think i’ll ever find one to replace it. :(

My second cold brewing experiment, and another success. The second tea from the Iced Tea Party Collection from Teaopia that I got for Easter. Cold steeped for about 15 hours, about 8 tablespoons.
There isn’t much of a smell to the tea, but there is for sure flavour. You get the raspberry and pear fruity flavours first, and then the mint is almost like an afterthought.
Overall, very yummy and refreshing!

Suddenly my reviews on Teaopia teas have become very important to me, mostly because I don’t know how many of them will still exist after the Teavana takeover. I’m hoping the arrangement is similar to the La senza/ Victoria’s Secret takeover (both stores basically operate the same with their own lines and websites) but considering that Teavana has stated the main drive behind their acquisition was the prime store locations and the lack of a need to renovate I’m not placing any money on that hope. So with every Teaopia tea I have I need to ask myself “Do I like this enough to really stockpile it sometime over the next couple of months?” Considering how I don’t have unlimited income, and I do like teas from other manufactures this is pretty difficult for me. Life would be so much easier if I’d just win the lottery (although my odds aren’t looking particularly good, which has more to do with the fact that I’ve never bought myself a lottery ticket, than the actual odds of the lottery).

Pro’s:
-I really liked the raspberry mint taste; I think they blended really well together. I’m not sure I’d call it ‘Mojito’ because it lacks the syrup-y (nasty) taste I associate with a true mojito. On the other hand from first smell to last sip, what the taste reminded me of most strongly was –and I don’t mean this in a bad way – Dukoral. That fizzy raspberry flavoured drink you take before going on a tropical vacation to prevent …let’s call it upset stomach. As I said I don’t mean the comparison in a bad way, the only thing I disliked about the Dukoral was the carbonation and syrup-y-ness of it, which are absent from the tisane.
-Also I took this when I had an upset stomach and it actually managed to calm it better than just mint.

Con’s
-It’s really heavy. It’s really really heavy (from the fruit bits) and not one of the cheaper teas either. I got 65 grams of this and it was like 25 grams of plain green tea. I’m actually curious to try getting just some dried raspberry leaves (Probably from Art of Tea) and using my own mint leaves to see if I can get a similar product minus the berry chunks.
-and with all teas with this amount of fruit chunks and the bottom of the cup is fruit sludge. Which is saying something considering I double strain this tea.

Now to answer the question on no one’s mind but my own: “will I buy this tea again”
Unfortunately the answer is probably not, not unless it goes on sale, it just costs too much, and there’s too many other teas I want to get. I really need to win that lottery.

I got a few cups worth of this tea from a friend coming back from Christmas break. I’m not normally a super huge fruit tea fan but this really works for me. I love the mint – its prominent but not super potent. The raspberry isn’t super tart either, instead its very well balanced with the rest of the blend. I don’t get too much of the lemongrass in the steeped up tea, which makes me wonder if I just didn’t really get any in the bit that I was given, or if it is just there as a lower base note. I drank this clear with some agave and it was beautiful as a hot tea. I feel like it would be fantastic iced as a nice fruity summer drink. I’ll definitely be looking for this one again!

I have only sipped this tea hot, but adore it cold. Especially tasty with a bit og vodka added. YUM!

LOVE! … I’m so glad to have finally found a fruit tea that I like. I am usually more partial to dark, strong teas… this one is really strong without being overwhelming, and has a great balance of sweet, but sharp with the hints of mint… would be amazing as an iced tea as well!

A great one, I like it with a little sugar and iced. I love the combination of the lemongrass and raspberry. Because of the fruit I like to filter it through a coffee filter after I brew it, it takes a little while but its much nicer to drink it without the fruit sludge that settles on the bottome.