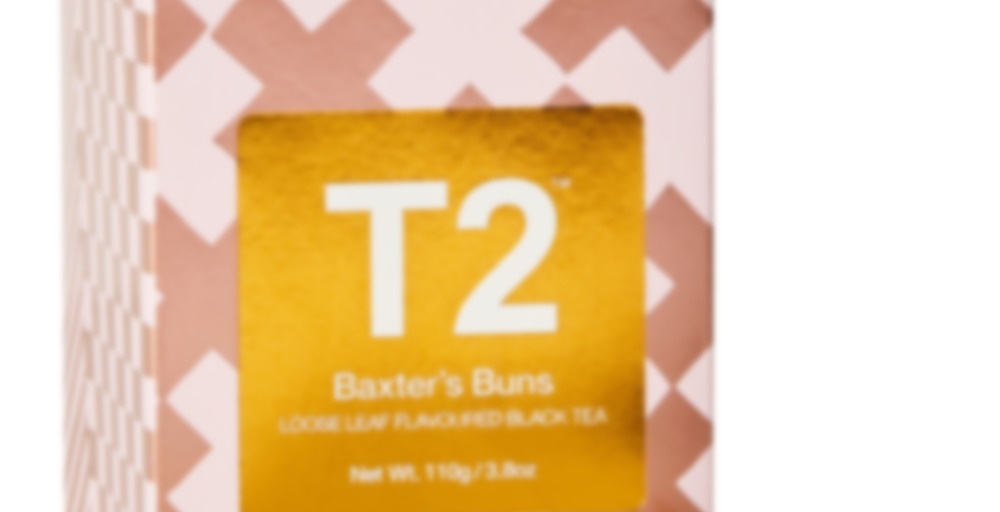 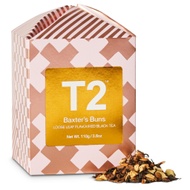 Straight outta the oven, a fresh batch of Baxter’s best! This hottie tottie of a tea packs in buckets of cinnamon spiciness and all the fruity doughy goodness you would expect from a hot cross bun!

Enjoy with: Perfect on its own or with a dash of milk.

Amazing and just like hot cross buns. For people who missed out on or ran out of Christmas Breakfast, this is a great alternative. I don’t find it overpoweringly cinnamony, and the sweet currant notes are distinct. There’s plenty of cardamom in this though it’s not overwhelming. Great with milk or honey.

Absolutely delicious! Tastes just like a hot cross bun. I’ll definitely be getting this at Easter every year.

I also didn’t find the cinnamon overpowering at all, so maybe it depends on the box.

This one’s supposed to be reminiscent of a Hot Cross Bun, and since my acquaintance with that kind of tea is limited to Bluebird’s (or, I should say, the tea company formerly known as), it’ll be interesting to try another.

This one smells so cinnamony, and it’s actually reminding me quite a lot of (I think) Frank-era 52 Teas French Toast. It’s nice, but stronger than I’d typically associate with a Hot Cross Bun.

To taste, it’s a different affair. The initial flavour is bread dough with dried fruit, and I kid you not. It’s almost squishy tasting, like a hot cross bun is when it’s straight out of the packet. Bluebird’s Hot Cross Bun was toasted (which is just how I like them…), with a tiny bit of Lapsang. T2’s is soft and oven-fresh. It’s different, but I feel like there’s room for that.

The cinnamon is really strong, though – it comes out primarily in the mid-sip, and then it lingers forever. It’s so concentrated it almost feels like it’s burning my throat, which is a level of cinnamon I find too intense to be really enjoyable.

I’ll probably resteep this one a couple of times, and maybe eventually the cinnamon will settle down a little. I like the flavour, but the amount of cinnamon does spoils it. Kudos to T2 for nailing “fruit bun” in liquid form, though. It’s a tea worth trying just for that!

i had no idea what you meant when you said the company formerly known as….then i went to their website haha. i wonder if someone in steepster land could just change all their teas to the new name

It could be done but…argh! Maybe during one of my insomnia/procrastination filled evenings :/

…There. I swapped most of them! This will probably annoy some people :P

We’ve asked the admins before but they never apply mass changes like that, which makes me wonder if they never even thought of/created a way to impliment something like that (and that’s why other company changes like Tealux → Tealyra and Red Leaf Tea —> Matcha Warehouse remain where you see half entries under the old name, half under the new, duplicate entries for the same tea, etc.) As a library cataloger by profession, it drives me insane (I mean, merging duplicate library cataloging entries and applying mass data changes if an author changes their penname is something I do daily). It seems the only way to fix something like this as far as I’ve seen is if we take it upon ourselves to open and edit each and every record, and then we still have to wait for the database to re-cache the changes… and I’ve seen no indication the duplicate-record issue can be fixed at all (aka merging of data so reviews of the same tea can be on the same entry if people make two entries into the database for the same tea… meh). I for one appreciate the consistency! :) Some people may just see Steepster as a place for tea reviews, but with how many tea blends are constantly discontinued/how many companies constantly go out of business, I see it as a valuable archive of information on tea of yester-year that can’t be found anywhere else once a company yanks that blend’s webpage off their site, so I appreciate having complete, accurate tea information records here, myself!

Well Said! That bugs me a lot too.

At the very least, it would be nice if each tea company catalogue page here had a little blurb that included company history info like name changes and country of origin.

This is my favourite tea of all time, I love the sweetness and the smell of this tea. It has taste of cinnamon and is perfect for sweet tea lovers. Sadly a friend has it and I wasn’t aware of it till after easter so I’m hoping they will sell it this easter again. It also has a very cute box.