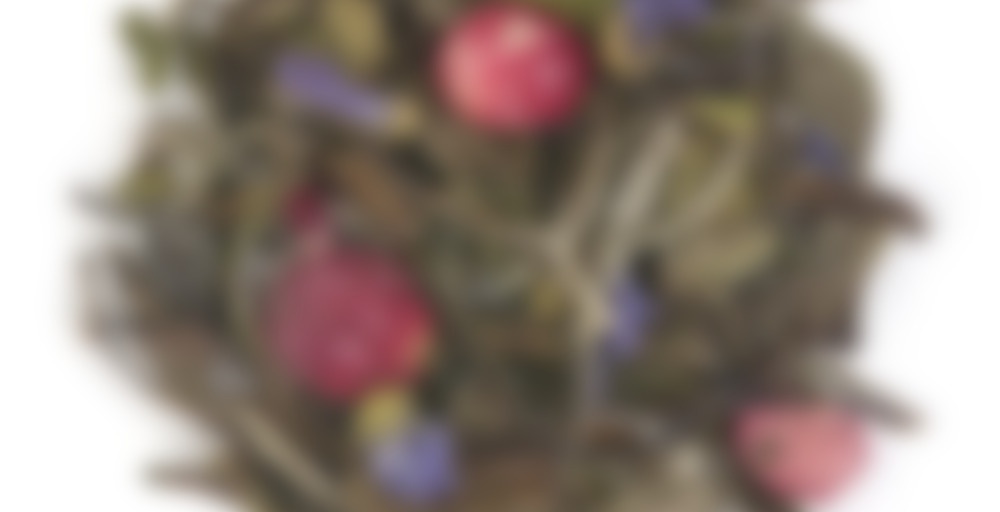 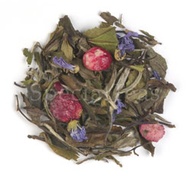 High grade China white tea flavored with black currant and cherry. Fruity, yet elegant with all the health benefits of white tea.

I bought two pounds of this during SpecialTeas’ going-out-of-business sale at the beginning of 2011 for 75 % off (I think it was around $24 for the two pounds). This is a very ‘leafy’ tea, so the bag was humongous, as you might imagine was needed for 32 ounces of fluffy white tea. It was basically a flavor-added bai mu dan white tea. The leaf when taking it out of its bag was so dry I thought something was not quite right (I believe that’s called, bake-y) and I’ve never seen that quality in a tea before or since. Still, I don’t think it was stale or ‘bad’, maybe just a bit over-baked when it was processed?

I tried brewing this starting at lots of different temperature ranges: starting points ranged from 160F all the way to 200F (increasing the temperature about 5F each steeping for a total of five steepings, as at the time that was what I was told to expect out of a white tea). It seemed starting at somewhere between 165 and 190 was best, otherwise it came out flat (little to no flavor). I used my standard white tea brewing times (start at 2 min, then add 1 min for each addn’l steeping).

The liquor had a very light strawberry color. I don’t really remember much about the aroma, other than it was mild, and a little unusual (this was my first exposure to white tea, so it was probably the standard sweet hay aroma). Finally, we come to the flavor; ah the flavor. At first we liked it. I don’t exactly know what happened, but after drinking it off-and-on for a couple of months (maybe less) it didn’t taste as good. It was like, there was something ‘off’ about it, and I started to think the flavors didn’t really belong together. I don’t think the change was due to the tea itself; I think it was our drinking preferences that had changed it was as if it lost its appeal to us, somehow.

After that I tried brewing it up every now and then (I could still drink it, although just barely), and every time I tried slipping it by my wife this is basically what happened: “What is it?” “Uh, a white tea.” She would then give me a suspicious look, and I would either smile, or walk away before our eyes would meet. Upon returning, “How did you like it?” “I didn’t. < pause > Is this one of those teas I don’t like?” It didn’t take long for her to ask me, as I handed her any tea, “Is this one I like?” Smart woman. : /

I gave some of it away, but we still have quite a bit of it (I estimate at least a half pound, or 1/4 of what we had originally, and maybe even more). One positive thing that sticks out in my mind about it: it was a somewhat colorful looking tea, with little blue corn-flower petal and red cranberries mixed in with the white tea tea-leaves. I am currently storing what we have left of it on the top shelf way in the back of our cabinet; and there it sits until I figure out what to do with it. We have talked about adding it to her bath water (similar to Missy’s idea of the foot bath), but we haven’t tried that yet.

Overall I’m disappointed that we stopped liking it. Yet, as with any interesting tea, I’m glad we at least tried it, as it was our first white tea. Since it was my first white tea, I’m leaving off the rating, as I don;t know what to expect at the time. I have tried other bai mu dan’s since, and although I like them, it seems my wife does not. So, maybe she simply doesn’t like the flavor of the base tea, and it wasn’t the flavoring. If I ever get around to swapping I would be more than be happy to give this away to as many that are interested (I just got two separate shipments of samples today—woo, hoo!—and although I was hoping to look into swapping this summer, I don’t see that happening for some time yet). As a final note since it has an odd name (for a dorky English speaker), I used to call it ‘Casablanca’. Can’t beat the classic with Bergman and Bogart, now can you?

Hello
I saw your older post regarding cassis white tea and noted you were not in love with the tea and would be willing to trade/give away. I know it is a long shot but do you still have this tea? Thanks!

Thanks to JoeCool (Nichole) for this sample – and once again, SpecialTeas will be missed! This tea was flavorful and fresh from the bag, and smells “berry” hearty (har har). Once infused the cranberry taste overpowers the fluffy white tea base, which I love! It’s deliciously sweet and tart at the same time.

I tend to like flavored green teas the best (over black and white) because it seemed the green tea base was always strong enough to hold its own over flavors. But this white tea delivers as well.

I brewed this using more leaf, as I tend to find white flavored teas to be quite light in flavor. I used 2 tbsp for 12oz water. It still amazes me how pale the liquid from white teas is. It almost tastes like grapes. The blend of cranberries, currants and cherries makes it taste grapey? I think my taste buds may be a little off. This tea would probably be better suited for later in the day, but it was still pleasant this morning. Now to brew a cup that will wake me out of this fog.

Wow, the pic of this online looks a lot better than in person. But after saying that and after my first initial whiff of the loose tea- I’m pleasantly surprise by this one. It is very light and delicious. Prolly not the tea I should have started the day off with, but still very delish. Really like this one. Mostly all I can taste is the white tea but there is a very subtle hint of cranberries. Very clean tasting. Yum.