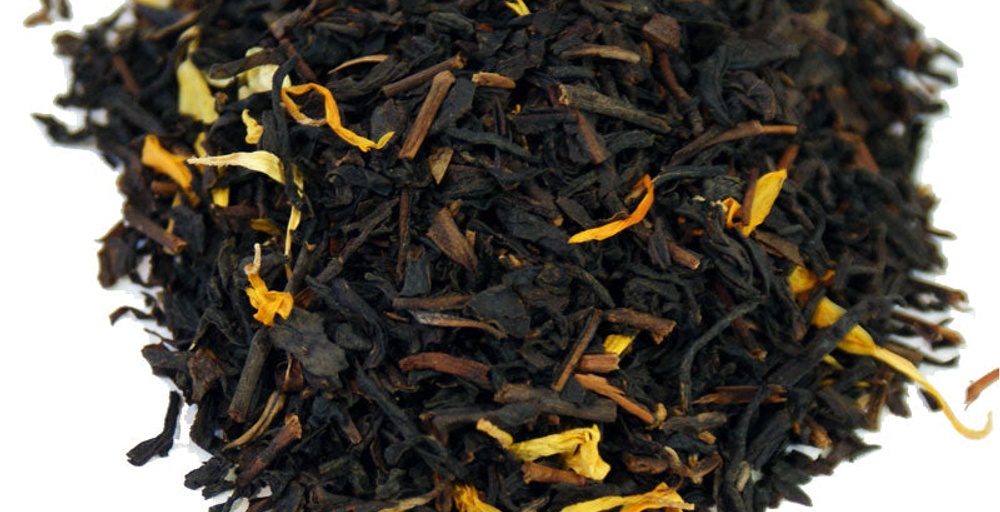 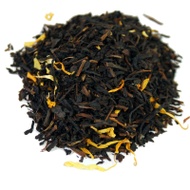 This black tea blend has a strong aroma and a nutty flavor. Reminiscent of the winter holidays when the tastes of warming hazelnuts pervade the senses. Can be enjoyed as is, but is also delightful with a little added cream.

One last cuppa before swap-ammo…who will get it??? Time will tell! Upping rating!

Well all the little icon faces that appear should make for great target practice!

This is more like it. I bought a nice fresh four-oz. bag of my favorite version of hazelnut, Simpson & Vail’s. They have never let me down. See my previous tasting note. I was so happy to have my new supply, I practically gulped it down.

This tea is SO good! I was so surprised at how much a simple sounding tea was so over the top flavourful!

Yet another blend from MissB! thanks yet again! This is a lot like Adagio’s Hazelnut tea which I LOVE. Not quite the same, as I think the base is different, but I think the flavor is the same. I love the toasty tastiness of it. It does taste like genuine hazelnut. I’m not sure how they do it! It seems as it cools, the toastiness gets toastier. The black tea base is light enough to showcase the hazelnut flavor. I wouldn’t mind a stronger base though, since the flavor is decently strong. I wish I had more to say about this one.. it’s just nice. I think hazelnut teas are extra comforting. Another nice one from MissB’s package!

I wasn’t huge on Adagio’s but this one is on it’s way to me, sounds promising!

I wanted a gentle and sweet wake up this morning – this tea was just the thing! (Thank you TeaEqualsBliss ! I got hit by this tea ammo!)

Suuuper nutty, and the base is so smooth. It reminds me of Florence, but I’m not missing the chocolate notes. Sweet and perfect all on it’s own – but I was naughty and added a splash of vanilla creamer for a treat. Ah, yum.

This is a VERY strong-smelling tea. It requires quarantining from my other teas. Just sayin’. ;)

Smells strongly of hazelnut before and after brewing. Flavor-wise, I get strong hazelnut (almost as if I can chew it, it’s so thick) and then the black base – which seems more apparent as it’s cooled. A touch of Truvia makes this taste decadent. I wish I’d grabbed a bit more.

This tea reminds me of Christmas at gramma’s house. The warm, nutty scent and flavor … YUM! What a terrifically cozy black tea.

I’m off to write a review of this one…

I continue to say I have yet to try Simpson & Vail; I seem to remember they have great tins. Oh well.

A sample from Miss B! This was my early evening cup last night, and I was expecting a fairly mild flavour. I’ve not found a hazelnut tea that particularly struck me before, but this one was quite an eye opener. I used 1 tsp of leaf for my cup, and gave it 4 minutes in boiling water. I added a splash of milk, because it brewed up pretty dark.

It’s quite a straightforward tea in many ways. The flavour is fairly simple and one-note, and it’s definitely not the kind of tea where there’s a lot going on and you really have to think about what you’re tasting. This tea, basically, is exactly what it promises to be; hazelnut on a smooth, mellow black base. It’s rich and nutty to taste, and it is specifically hazelnut that I can taste, rather than just generic “nut”. The hazelnut flavour emerges mostly in the mid-sip, and then there’s the slight bitterness of hazelnut skin in the aftertaste. It didn’t strike me as a particularly sweet tea, and the base wasn’t malty, so there’s nothing to conflict with the richness of the hazelnut and the slightly savoury vibe that can have. I did find that the flavour seemed to strengthen as the tea cooled, which was a pleasant surprise. Possibly this one would make a good cold brew, although I don’t have enough leaf at the moment to try that out. I enjoyed this one a lot more than I anticipated, though, and so it would be a possible future purchase for me. Maybe one day I’ll get to test my cold brew theory with this tea! In the meantime, I shall enjoy a second hot cup before I have to say goodbye. I’m really glad I had the opportunity to try this one, because I’m not sure I would have picked it out of my own accord.

This is ok but I like Adagio’s version better.

Tastes better as it cools. Not exactly what I was looking for this morning, which is no fault of the tea’s. :)

This is yet another tea from the package Courtney sent my way (Thank you!!). I am really enjoying the nutty flavor to this. However, the base is also quite prominent and I find it is competing with the flavor and really taking away from the cup.

Ah yes. Jessi sent me this one from her order, and she finds it best as an addition to resteeps to “reawaken” them.

Ah. I can see that. It was good but I found myself wanting a more subtle base.