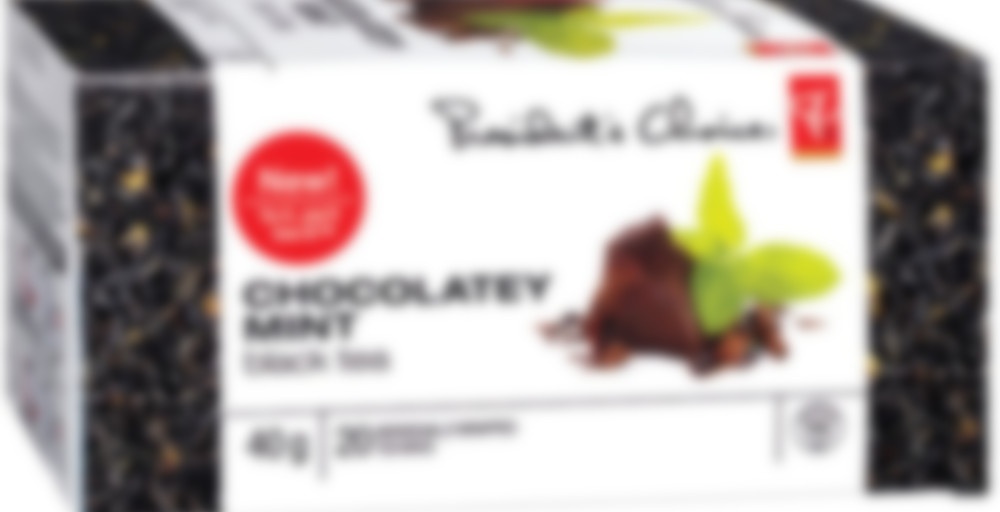 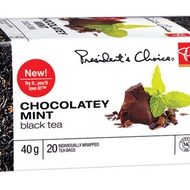 by President's Choice
81
You

I feel weird that I enjoy this tea so much because it’s not my usual brand, but I have bought it back when I was grocery shopping in college. It was on sale, I needed a new tea fast, convenient, and sounded like a great blend. IT WAS DELICIOUS! Probably much better than I expected because I didn’t have such high hopes for it, but it had a great balance to it. Great chocolate and mint ratio.

Another find in the stash my sister sent me. Having had a very harrowing day (would not wish on anyone the experience of seeing one of one’s heroes crash their race car in such a serious fashion), and finding myself very cranky and in need of something chocolate this evening, I figured a cup of this tea was in order. It definitely fits the bill – the chocolate flavor is nice, and the mint is a good addition.

It doesn’t have the rich, deep complexity as loose leaf, but it’s not bad for an inexpensive bagged tea. Initially I feared that I had over steeped this one, but the flavour was still mild-strong with not a hint of bitterness after over 10 mins. Neither the chocolate nor the mint are overpowering – it has a good balance.

There’s likely chocolate mint teas that are cleaner, crisper and superior to this. Still, for the price and the lack of bitterness, it makes for a nice, convenience, on-the-go tea.

Best choco-mint combination ever. Let steep for 5min to get the full taste!

This tea is my favourite chocolate tea so far!! I generally like black tea better than rooibos so for me, this tea wins out over David’s Tea’s chocolate mint tea. Which is a good thing, because it’s a fraction of the price!

I must admit…chocolate and mint in a tea just doesn’t do it for me. This is incredibly unusual because: a) love mint everything, and b) chocolate mint is like a food group to me. I love chocolate mint everything. Except, apparently, tea. I tried a rooibos chocolate mint tea and was equally underwhelmed. Next bag I’ll try steeping longer, but I think this will just be one of those “should have liked in theory, don’t like in actuality” things.

There’s nothing WRONG with the tea. It’s a bit chocolatey. It’s a bit minty. It’s a bit tea-y. But it doesn’t taste like I just bit into a PEP patty or an After Eight mint. I think that’s why I’m disappointed…and that’s irrational, since tea could never taste like that. So I have unattainable tea expectations. What else is new?!

Verdict: would not re-buy. Not because it’s not good. But because I expect too much and I have other bagged tea for emergencies that I like more. Would recommend as an inexpensive chocolate mint tea, however. If that’s your thing.

Chocolatey tea blended with minty floss. It was tasty, but nothing special. I like chocolatey black teas, but I’m not a huge fan of mint. If peppermint’s a thing, give this tea a shot!