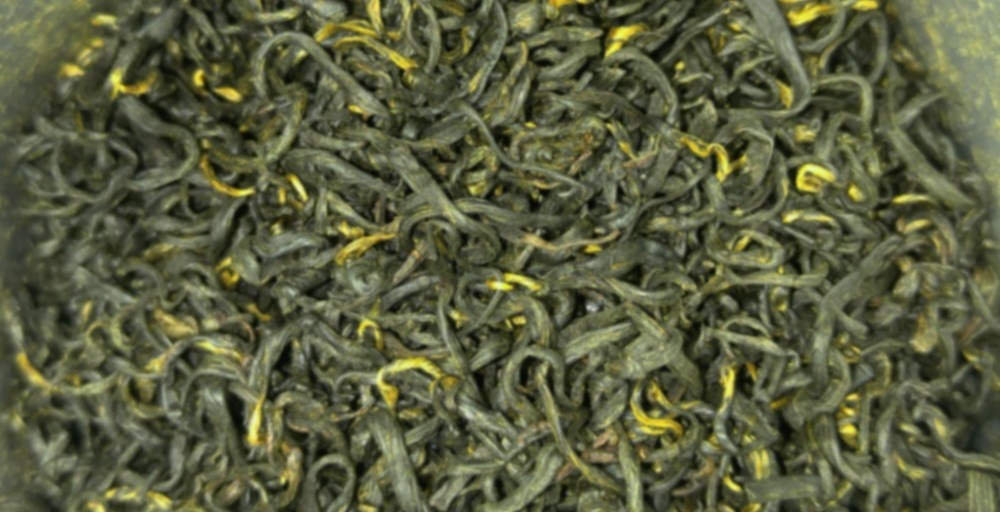 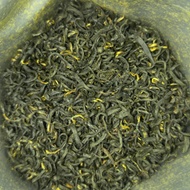 by Premium Steap
--
You

I’ve always liked Keemuns a whole lot, but for some reason I haven’t had one in years. Peg (the owner) at Premium Steap gave me a sample of this, simply saying that I’ll probably like it (she knows my tastes) and it doesn’t come around too often. Yes, she was 100% right, and yes I went back to buy a whole bunch of it before it was all gone.

First off, I’ll say that this tea is extremely forgiving. Got distracted while steeping? Not a problem. Accidentally put too much leaf in the pot? Don’t fret. I’ve steeped this in a Breville, a Gaiwan, and a ForLife steeping cup/basket. At temperatures ranging from 90C to boiling. Different water to leaf ratios (more leaf = better for me). It’s really just a matter of preference. It’s not like many Blacks where if you’re off by a little bit on your measurements it’ll feel like someone shoved an unripe quince in your mouth.

The bitterness that you get here is along the lines of what you would find in dark chocolate. As a matter of fact, there is a whole lot about this tea that is along the lines of dark chocolate. The flavor is like those Taza Mexican Chocolate disks, where the chocolate is ground and grittier. The secondary flavor in here is of dried blueberries. There also is also a little smokiness and maltiness hanging out with some spices (cinnamon?) in the background.

The texture is super soft while the liquor is in your mouth. The finish leaves a mild pleasant feeling of dryness on the tongue, that wants to be quenched with another sip of tea… which unfortunately means the cup of tea disappears way faster than I want it to!

Overall a complex, well balanced and smooth tea. Even though there are a whole bunch of flavors going on here, some more predominant than others, they all meld together beautifully, and the texture matches perfectly. I love how it can taste so interesting and full without being harsh and aggressive. This tea is delicious on its own and doesn’t need anything to help balance it, but why would I stop that from letting me taste it alongside some cheeses!

I tried it out with Colston Bassett Shropshire Blue, Etivaz, Birchrun Blue, Roncal, basic brie, Idiazabal, and Chiriboga Blue. I see a trend developing for plain old, nothing special, double creme brie… it’s good with just about all black teas, or at least, is certainly never bad. In this instance the combo went to the world of milk chocolate, very tasty but not mindblowing. I thought that the Etivaz, a super funky alpine style, had a chance of being extremey weird with it, but I like to experiment. It turns out that the wet woodland funk, was nicely balanced by the tea. The tea was overpowered, so definitely not a go to pairing but they didn’t clash, as I thought they might… it’s all in the name of science ;-) There weren’t any clashes from the lot, but the one that I thought would be a home run wasn’t. Years ago, I remember having a Keemun (Moa Fung or Ho Ya A, I don’t remember) with Colston Bassett Stilton, and it being an amazing pairing. (Basically, Shropshire and Stilton are the same thing, the difference being one has a yellow background color, the other white. Yay for annatto.) When I went to the store, the Shropshire had more of the flavor that would work with this pairing. It was good but definitely not the melding of worlds that I remembered. The tea just didn’t have the machismo to stand up to the cheese.

This is a black tea of finesse, and Chiriboga Blue had the finesse and subtlety to match. I’m so happy that my cheesemonger suggested it. It’s young and subdued, with a lactic tart canvas, very yeasty upfront, the blue flavor is mild but metallic, and there is a hidden white wine flavor in the finish. This pairing wasn’t one that created new flavors out of the blue, as some do. (I just noticed the pun after typing that.) It subdues some flavors and amplifies others to refine all of the wonderful characteristics shine. Tartness and bitterness are more nuanced and smooth, yeast flavors integrating more with wine flavors, berries brighter, chocolate more refined, etc… It was like having a dessert of mixed berries with mascarpone and dark chocolate shavings on top, and just a dusting of spice (no sugar added, the ingredients standing out on their own) and washing it down with an easygoing white wine. Simple, elegant and delicious.

I was wondering about the Stilton till I saw it later on.

It makes more of a difference who the cheese maker is than whether it is Shropshire or Stilton. For either my favorite producer is Colston Bassett,and for this application they are the only one that would work with what I had in mind. It could have just as easily been the Stilton, just depends on the wheel,as the flavor of handmade grass fed cheeses will literally change each different batch of production.
For the last week I’ve been meaning to pick up some Mao Fung and Ho Ya A before I eat the rest of the Shropshire. If I do, I’ll post a (much shorter) description of my findings.

You are going to get me internet searching! Look forward to it. It is a funny thing how the differences in terriors and areas the effect it can have on our eats and drinks.

This is like a micro terrior! If the cows are eating honeysuckle one day and onion grass the next, it will taste very different, even when aged the same relative amount of time. And even the humidity level that day, the temperature, etc… I would always tell customers to taste every time (if possible, which its not with self contained cheeses) even if they’ve had that cheese before. Because they haven’t had THAT cheese before, unless of course they literally had from the same wheel. Micro-vintages!

So how do I go about getting into decent cheese? I really love cheese & would investigate this further. Is there a decent online cheese shop you can recommend?

I saw in your profile that you’re located in the UK. All of the online cheese shops that I could “vouch for” are based here in the US. Even if they were willing to ship over seas, it wouldn’t be worth it.
The good news is that the cheese laws in the UK are better than the US. Here in the US, raw milk cheese must be aged over 60 days, otherwise it is illegal. So, you can have real Camembert, Reblochon, Vacherin Mon’t D’or, Unpasteurized young goat cheese, etc…

Your best bet is to find a shop with a passionate cheesemonger behind the counter who will let you taste the cheeses (I say passionate because they’ll give you many samples and just be happy that they’re teaching about cheese, whether or not it’s a big sale.) Let me know where in the UK you are, and I’ll ask my cheese people who are still in the business to see if they know of any hidden gems near you.

Come to think of it, I am very familiar with a shop in London named Neal’s Yard Dairy. They have a retail shop, but they are much more involved than you’re typical retailer. They age a lot of the cheese that they sell. And even bigger than that, they have helped a lot of cheesemakers in the British Isles to revive traditional cheeses that were lost during the industrial revolution or save traditional cheeses that were on the verge of dying out. Amazing store to buy anything coming out of the British Isles, especially the classics. Some of the cheesemakers have special recipes for NYD. They also act as a wholesale distributor for those cheeses. I used to import their cheeses (at least the “legal” ones) to the US, and vouch that their quality is outstanding! I just looked on their website and they ship. I still encourage you to let me try and find a shop near you. There’s no substitute for being able to taste.