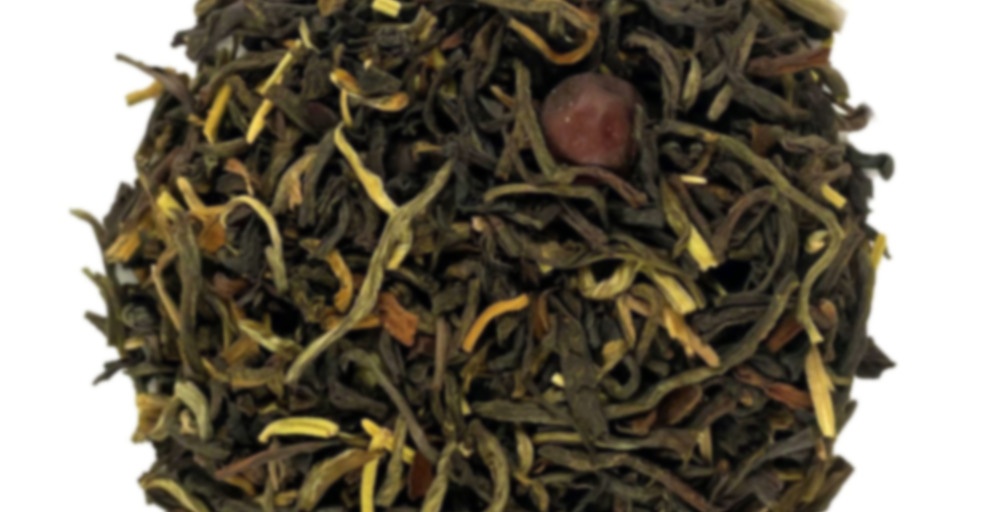 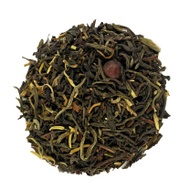 Rosemary, juniper berry and jasmine lend a festive twist to this smooth blend of green and black teas. This blend was named for the evergreen plants rosemary and juniper. Smells like Christmas and makes a good breakfast or afternoon cup.

Warning: Contains juniper berries. Persons with inflammatory kidney disease should not use this herb. Not to be used during pregnancy.

Since 1894, Murchie’s has been importing and blending the finest quality teas from select gardens around the world. As the decades have passed, the art of tea blending and tradition of excellence are handed down along with the old recipes. Today, Murchie’s offers traditional products and classic blends while also developing new combinations for a new generation of tea drinkers. We are proud to provide blends for events and occasions, from local landmarks to national observations and royal milestones.

Resinous; I associate rosemary with apple, so you get a piney, apple sharpness to it. The dried juniper berries don’t add much on their own, they just enhance that ‘cooling’ pine mint note you get out of the rosemary. The green-black base leans a bit lighter, brisk and sweet. The Darjeeling skews that. The way jasmine blends with rosemary is unexpected.

I’m actually drinking an earlier version that had a bit of bergamot oil added; I thought this helped make the blend feel less ‘dry’, but it was ultimately dropped from the final recipe, so there’s no liquid oils or flavours in this one at all. This was a tea I was very proud of, even though I knew that it probably wouldn’t draw in a huge crowd, being a little Unusual.

There’s actually an interesting story on my starting-point for this tea. The original blend I began with was a recipe out of our old Family Blend Book; it was labeled ‘Christmas Blend 1972’, commissioned for a family (keeping specific names out). They commissioned a new Christmas blend every couple of years, through the 70s and 80s.

I thought the background was interesting, and the flavour-notes weren’t unusual for most Murchie’s teas—jasmine and bergamot. So I played around with substituting some teas (mostly bumping up grades). I liked the result, but it was similar to our existing green-black blends, so probably not enough to stand on its own. At the same time, I had this idea to add pine-needles to a tea for a piney, ‘christmas tree’ flavour. But sourcing pine needles for human consumption was its own issue; it’s common to forage them, but difficult to find adequate quantities through wholesalers.

Rosemary, though! That was obtainable, would give me the Resinous note I was after, and also reminded me of the mysterious ‘Rosemary Scented Orange Pekoe’ mentioned off-hand in a couple of our very very old price guides. At the same time, I had a sample of dried juniper berries on-hand, and that felt like the perfect finishing touch along that same vein. The dried berries have a very faint pine-mint taste to them when steeped. Having never had gin, I don’t know how they compare.

My working name for the blend at that time was ‘Noel’, but that got turned down. I thought of ‘Evergreen’ next, since all constituents of the blend are evergreen plants. That stuck, and it felt like a better descriptor of the taste-profile. Unfortunately, this tea isn’t returning for Christmas 2022, but I might bring it back for an online-only 2023 addition. In retrospect, I realize it feels like a very Steven Smith kind of tea.