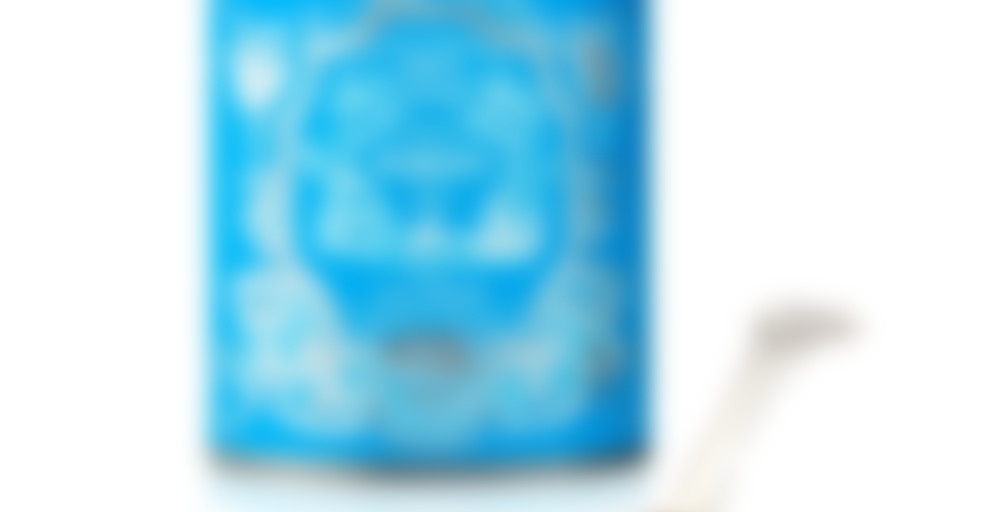 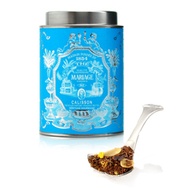 by Mariage Frères
68
You

The heritage of “sweet treats”—gourmandises—is more than a mere childhood memory. The evocative flavours of those creamy, fruity, wonderfully smooth and mouth-filling delights can still inhabit our lives. Rediscover the warmth of childhood treats through a succulent yet mischievous new composition—a fountain of youth concocted from red tea flavoured as calisson. It has been lovingly wrapped in a colourful, paper-covered canister with decorative silver motifs harking back to the blissful days of yore.

I’ve never tasted the candy this tea is based on, but I love rooibos and was more than willing to give it a try. Some of the HG collection teas aren’t very strong with their flavors (aromas are another matter), yet are quite pleasant in a light, unobtrusive way. This one had medium strength flavors, but… Not sure what these flavors are, but it’s quite probably the strangest, and one of the most unpleasant rooibos teas I’ve ever had. There’s a particular kind of sweetness that reminded me of bad cream in cheap cakes. Or even cheap alcohol! Milk did not help at all. Oh course, it could be a perfect imitation of the calisson taste, but I wouldn’t know.

Another backlog. This one I really didn’t care for—it had that tobacco-y flavor rooibos sometimes gets, and that was most of what I tasted. Otherwise, it was very sweet, with maybe a little cinnamon and some nuttiness.

This sample came from boychik (and originally, from CharlotteZero). This tea is based on a type of French candy which is made of a paste of candied fruit and almonds covered in a layer of royal icing. Sounds delicious! The tea itself is a red rooibos base, and there are pieces of sliced almonds, cacao shells, and perhaps some kind of dried fruit mixed in. Dry scent is both sweet almond and tart fruit, possibly apples.

Once the tea is steeped, the rooibos aroma is fairly strong, but I can definitely smell sweet almond/icing along with the cacao shells and perhaps a touch of cinnamon. Hm, this one doesn’t taste like much, unfortunately. I don’t know the age of this sample but I assume it’s fairly old since it’s had three owners. There’s a little bit of almond in there, but even the rooibos flavor is weak. I tried letting it cool and it didn’t seem to help much.

Withholding rating on this one, as I think the age of my samples has affected the flavor.

hello candied almond tea. CharlotteZero also sent this one my way – which is also why i paired it with the other MF tea i had this evening. My mousse au chocolat is still my favouite of the heritage teas but i have to say both of these rooibos blends are pretty tasty. This one is a more delicate almond tea – not knocking me in the face like so many others. It’s also not that sweet, over whelming sort of almond. This is a gentle almond and quite nice! thanks charlotteZero!

Hm. I like this one too. This one is scented more heavily than it is flavored, which is good because this could easily be too much. It smells like candied fruit, almonds and cinnamon. And even though it smells super-sweet you it doesn’t taste very sweet at all. There is some lingering almond paste in the finish. Yum!

where did you pick these up?

I ordered them from Mariage Frères online. These were my big birthday present to myself…If you ever wanted to try any of them, just follow me and let me know. :-)

mousse au chocolat is my favourite. :) that’s an awesome birthday present to yourself :)

I read some of your notes on it. I actually didn’t like it too much, so if you ever wanted to do a swap…