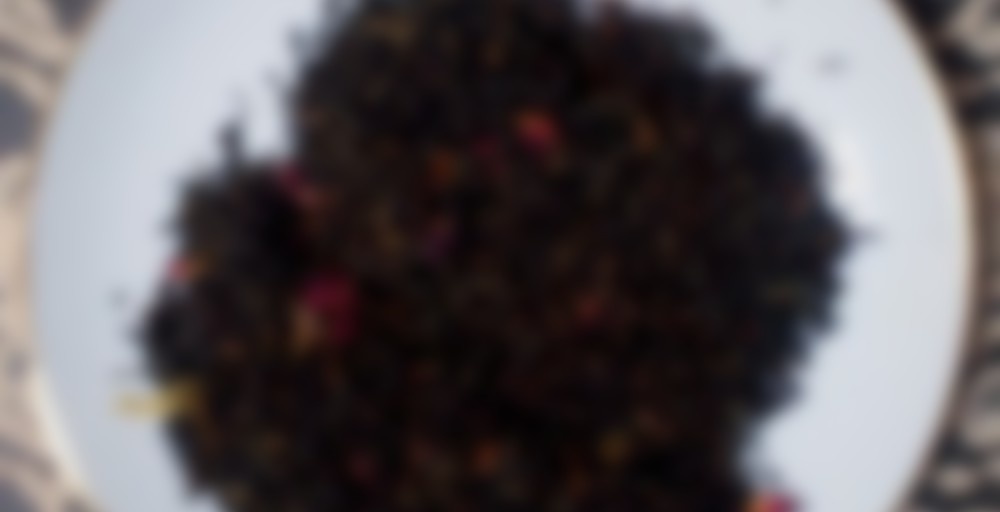 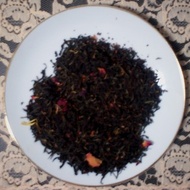 by Liber Teas
86
You

Breakfast in Bed was inspired by a good friend of mine who wanted a rose tea with vanilla and cinnamon.

I find most rose teas to be very strong in the floral/rose flavoring, but, that is not the case with this tea. The vanilla softens the sharper floral notes and what remains is a sweet, smooth and pleasantly floral tea with a note of cinnamon.

I broke out my coveted purple tin of this and made a super strong cup this morning after dropping my boyfriend off at work. I added the vanilla cream I’ve been using a lot, and sugar. It was perfect… something steamy and sweet before going out into the cold to my car. There’s just something about cinnamon and autumn…

Boiling 6 min, 0 sec
Yours I Like This
8 likes
0 comments
Edit

I’m in a flavored black tea sort of mood today and I probably won’t shy away from it. I thought I would revisit this one and today it certainly fits my f antsy! The Vanilla, Cinnamon, and Rose are in perfect harmony! Upping the rating on this one!

Yay for upping the rating on it! :)

Oh, this sounds so delightful!!

I love the name of this one!

mmm…I wouldn’t mind waking up to this! The aroma of cinnamon is wafting up to my nose, tempting me to try it even though I know it is still too hot to drink. The taste: Lightly sweet cinnamon black tea. At the swallow I can detect the rose; as it cools, it is even more prevalent. Quite lovely! Sweet Cinnamon Rose…delicious indeed!

Second review I’ve seen of this recently that makes me want it. Badly.

Jaime, I think it is probably in very limited supply as she has gone out of business. Um, if you decide that you want it you might contact her?

Will do. I’ve already got the last of her Breakfast Blend…best breakfast blend I’ve had by far. So sad that I didn’t find her teas until after the close…

This tea is magical.

LiberTEAS was my secret santa for Steepster’s Secret Santa exchange this year, so I received the most amazing present willed with all sorts of tea samples and blends! I just wish that I could stay home from work for a few weeks and lock myself in my bedroom with my kettle; not coming out until I’ve tried them all.

I started with this one! I this morning was a flavoured black morning and with a title like ‘Breakfast in Bed’ is was practically irresistible. And let me tell you something, dear readers, the tea is as irresistible as the name!

I’ve never had a rose tea quite like this before. The smell of the tea is mostly vanilla and the rose flavour is so delicate. I’m always a bit afraid that flower teas’ll end up tasting like I’m drinking hot perfume (with milk) but this was amazing! The rose and vanilla tastes completely compliment each other and the cinnamon is like a little cherry on top to complete the trifecta of awesomeness.

It’s super delicious! Thank you for sending me some <3!!

This was probably the most exciting sample out of my SororiTEA Sisters prize package – I hadn’t gotten to try any of LiberTEAS’ creations before! And it’s lovely. Smells like a cinnamon roll, but the light pastry kind, not the heavy buttery side. I wouldn’t have guessed that rose, cinnamon, and vanilla would go so well together but they really do.

This is light, sweet, and delicious without anything added.

I almost feel bad drinking this tea down, its certainly a guilty pleasure, being as I understand it a tea thats slowwwwly going extinct, I might also feel a little bad for shunning the name and drinking it right before bed, probably not the best move as its full of caffeine.

On to the tea though, its quite simply put one of the best black teas I ever had, I might of under steeped it just a little but it still came out strong and sweet, with just a little honey it was amazing, the rose petal blooming as they steeped was excellent, I was a little apprehensive about it being to…. flowery but the cinnamon dominates any inkling of that, the cinnamon mixed with the vanilla (Which I didn’t get much of I think but still…) gives the tea a nice warm curled up in bed taste, far to relaxing to drink in the morning to be honest if I had this in bed I’d probably die of respiratory depression.

Right before bed though, seems to be a fantastic idea, as I write this and finish off the mug caffeine or not I just wanna curl up in bed for a good 8-12 hours. Its too bad this tea will never be blended again, I suppose like in nature, the best things go extinct, or at least the most delicious.

Boiling 5 min, 0 sec
Yours I Like This
6 likes
0 comments
Edit

I recently blended a batch of this tea (which has already sold out, thanks to some very devoted fans of the tea), but I needed to test it before I could ship it! So that’s what I’m doing.

Pleasant, smooth, and rich. I love the note of cinnamon which is not spicy – a sweeter side of cinnamon.