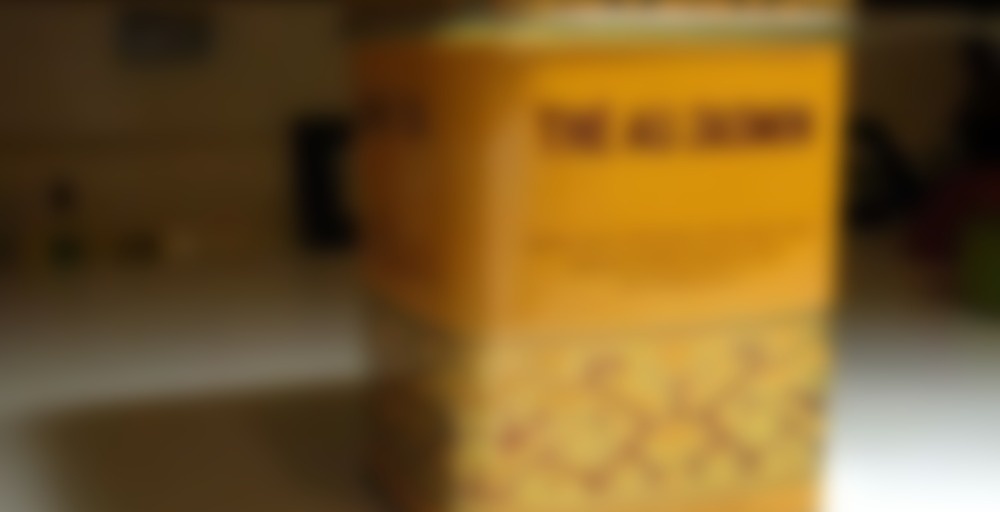 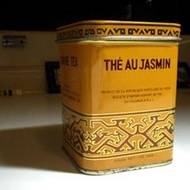 This is a green tea with jasmine.

One of the worst jasmine tea I ever drink.
I even wondered if there is really some jasmine in it…

I felt like the tea is a delicious jasmine. Its nothing special, but its a delightful basic cup for someone who’s in the mood for something floral.

To be honest, I got nothing floral in it, just a bit of bitter at the beginning, and just plain flavor after that. Afterwards I have this slight sweetness, but nothing much I am talking about really faint. I have just gotten into tea, and I really hope that lighter teas like silver needle won’t be this faint and plain in flavor.

Used to pick up big tins of this when I lived in San Francisco, California while going to college. It’s okay for what it is. I hardly think the tea has ever been stored properly. I used to see the cans parked in shop windows. :) You could even buy “gift sets!” It smelled like jasmine, sort of.

[I had the red tin version of this tea, not the yellow tin]

I am fairly new to tea, and for a few weeks I have been learning about tea. So, I am really eager to start, but shipping from china is kind of lengthy. So, I found this tin in my mother’s cabinet. I don’t know the age or anything about this tea, But I just wanted to practice some gong fu style brewing, and further my knowledge about the different flavors I am to expect from tea (I will explain more later).

I rinsed the tea for 10 seconds (because it was quite old) and then brewed with a 25ish second infusion for the first infusion. To be honest I didn’t expect much out of the tea, but I at least wanted some flavor. I got very little flavor at all, just a flash of bitter at the tip of my tounge, and then just flat until I swallowed it. It left my mouth quite dry and it made my throat want to close up. The second infusion was the same too, just greatly fainter (I added +10 seconds for each infusion). But the third infusion it was like this faint sweetness for a second, and then choppy flatness that made my throat really dry down my thoat. That was the only flavor I got out of it, a very faint almost one pinch of sugar dissolved into a little cup of water sweetness and then nothing.

But, with this tea I do now understand what an aftertaste is like. The sweetness that I mentioned earlier stuck to my mouth, and I don’t notice it until I drink water. When I drink water the water becomes smoother than normal and much sweeter than normal.

This tea makes me fearful of white teas, because if white tea is going to be as flavorless and bland as this, than I may aswell not bother.

I started into tea (or should I say researching tea) because I was browsing teavana and I stumbled upon their white tea section (I have since abandoned teavana teas and gone with Yunnan sourcing) but, when I saw this section it just awoke an interest in me. I just saw the picture of the brewed teas and read the description of how it is smooth and gives a honey like taste, I was instantly sold. So, then I went onto youtube to try and learn more, and found Don from Mei leaf. This is where I learned about Gong fu brewing, and the benefits of switching over from western style. His descriptions of the tea were amazing and I just had to learn more! He then introduced me to puer, and oolong teas, (something I never knew existed), and how they have differences in flavor and how they can calm the whole body. It just seemed like heaven in a glass. But, I have been brewing western style my whole life and drinking from tea bags, so it confused me how a tea could have all of these characteristics without adding any sugar! So, then when I saw the jasmine tea in the cabinet, I thought that I might try some, to see for myself how the teas don’t need any sugar at all to give all of these characteristics. But, this tea broke my heart, it had nothing and was very astringent, with only subtle sweetness, but mostly water. I really hope that tea is much more than this!

But if I am going to be honest, it wasn’t bad either, I probably just don’t like jasmine tea, but I was just disappointed at a lack of flavor.

However, this tea smells amazing with a fruit like, sweetish bitter smell. I wish it tasted as good as it smelled.

So, since I have a whole tin of this tea and I was kind of bored at home I decided to try and put some sugar into the gong dao bei when I poured the soup in. It made a world of difference! I could taste the nice jasmine flavors, and a very sweet fruit aftertaste followed it. It was very enjoyable! It also took all of the astringency with it, and the tea was very smooth and sweet. But, it still had a mouth drying effect.

The aftertaste is wonderful too! Every sip of water I drink turns sweet and tastes like how the tea smelled. It was very nice, but still kind of basic.

There’s so much to learn and you’re young enough to get quite an education in all things tea. Just a little patience. Your tastes will evolve and even when you think that you don’t like something it can reappear in a new experience. I had that same session with jasmine tea in the beginning, but had the pleasure of experiencing a well made jasmine green tea made by a master and now I have a new appreciation.

Thank you! I can’t wait to get my hands on very well made tea. Don’t worry, this tea definitely didn’t quell my passion for tea, and if i’m going to be honest I actually enjoyed this tea even if it was quite bland.

I took the tea out again today and tried it with sugar (to try and smooth out those astringent notes) and it made a world of difference! I could finally taste the jasmine, and I had a subtle fruit after taste, but the mouth drying effect is still there. It was very nice!

This information is not correct. This is a Jasmine Green Tea by Sunflower.
See: http://steepster.com/teas/sunflower/258-jasmine-tea

It’s an average tasting Jasmine tea. Not overpowering like other Jasmine teas. The tea leafs look good like an orange pekoe grade. When it steeps it looks like a green tea. Probably a green tea base Jasmine. Not my favorite but I will drink it from time to time.