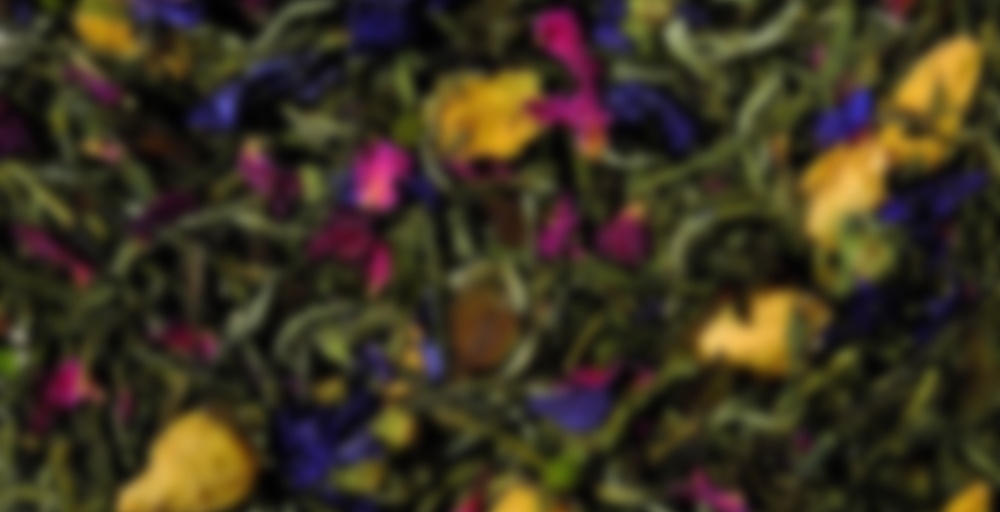 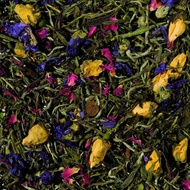 by ESP Emporium
73
You

Thank you TeaEqualsBliss for sending me some of this tea… a very nice tea this is!

Quite floral in aroma and taste, I like that it doesn’t taste distinctly of one flower but of several. It evokes thoughts of a field of flowers. It is light and refreshing, with hints of fruit, strong floral overtones, and a very uplifting fragrance.

Amanda you spoil me! Thanks!

This smells fruity and floral.

This has 3 different kinds of green tea in it, white tea, 2 different flowers, and flavoring.

While sipping on this I can taste both the green and white tea – separately – but the green tea is the more dominant of the 2. It’s graciously flavored with various citrus and what I can only assume is berry of some sort…maybe strawberry? Regardless it’s lovely.

That looks really pretty too!

I’m usually not that into teas where the additions are mostly floral, but I am enjoying this. I guess it’s probably all in the flavoring, because there is a bit of fruit to it. The flowers alone would make it rose, which I can definitely smell in the tea, but something citrusy makes it far more palatable for me.

This is really easy to drink, but as it cools it starts to taste more of all the flavoring rather than the tea. I could taste the green before, but now it’s more like fruit and flowers.

So, next time I will use something that retains heat better, because I like this a good bit.

Thanks for sending me this, brandy3392!

The last time I had this one I didn’t really enjoy it much, but its been long enough that I wanted to try it again just to see. Also, there’s still some vague recollection of having it back when I first got it and liking it ok at least. The dried leaves still smell like sour cherry candy to me. I tried a low temp and a short steep this time since last time the flavor overpowered me a bit, and the liquor is a very pale yellow but it still has a strong aroma. Still very fruity, still smells a bit medicinal, but it doesn’t seem like too much this time.

The taste is much better, and I’ll bump the rating, but it’s still not great. Not one I’d reorder, but now at least I feel like I can finish what I have! The flavor is very light (initially, it got stronger as it cooled), but being as it’s kind of an odd flavor that’s a good thing. The green/white tea clearly isn’t going to make itself known on the first steep, though perhaps on later brews. I think part of the problem is that I still get primarily cherry flavoring from this (as in cherry candy, not fresh cherries), and I don’t really like cherry flavoring. The promised jasmine and rose and mallow blossoms just don’t show in this one.

Eh, second steep’s not much better. Oh well, I guess this one will go back to sitting at the bottom of my cupboard (until I forget what it tasted like and try it again!)

Very floral taste, with a sweet fruit taste in the background.
Even unbrewed, the tea smells really nice.

“Whoa”
That is what I said when I first tried this tea. The first time I drank this was hot, which may not be the best way to drink this tea, and my tastebuds were greeted with a familiar taste of wine. The grape flavor is less fresh grape than an aged grape, if that makes sense. This tea is actually quite nice and better than the White Grape that Teas Etc makes- it’s less dry and the proportion of green to white tea on this blend is much nicer. I am looking forward to cold steeping a few gallons of this in the summer.