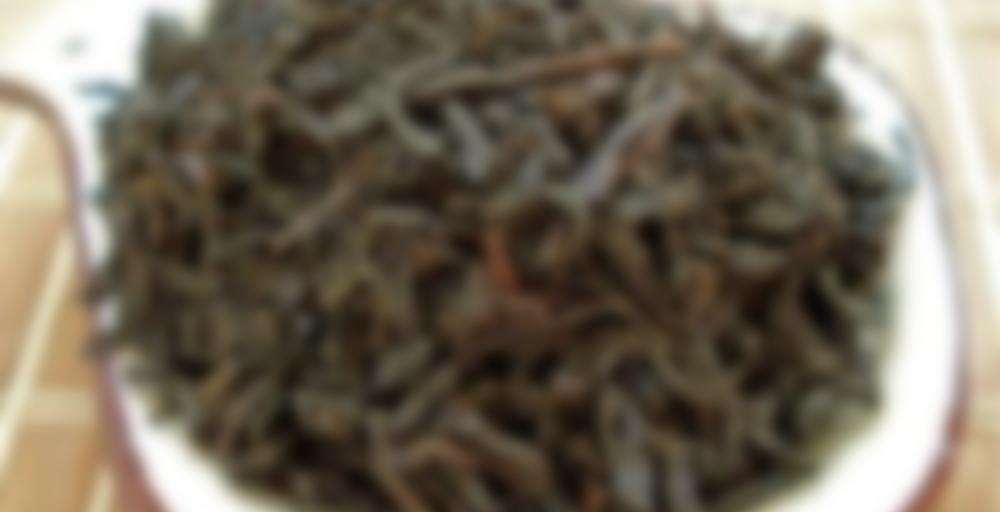 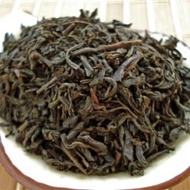 From the Fujian province of China comes this very distinctive tea with exotic flavor. Traditionally carried by camel across the Orient from China to Europe, this tea would be delivered witha signature smokey aroma from the fires that the caravans would use for warmth. Still popular today the leaves are smoked over pine needles and yield a distinctive aroma that goes especially well with savory dishes.

Dr. Tea Lapsang to Josh is equal to calgon take me away to my wife. That is all.

I really wanted to add this to the data base this the way I had it, in their Chicken Spice Rub… but I don’t want to get in trouble. Had tea crusted chicken tonite (make sure you put the spice in a spice mill before applying it). There was something very spicy, but as I don’t normally drink it, and when I do only drink it w/ whiskey added, I couldn’t tell if it was the tea, a spice that’s in the rub, or just because my mom put too much on (it was completely black on both sides of the breast). It was VERY good though. I give the rub a 100, but I’ll wait to rate it til I can rate it as the actual rub.

Did I read that right? You drink LS with whiskey?

Yep. Southern Comfort to be exact.

Wow, that’s certainly some creative tea blending! lol
That’s very interesting! I have never heard of someone mixing tea with alcohol. I couldn’t do that, I’m allergic.

Oh I do it all the time! Even if in responsible moderation, why not add good stuff to alcohol? My favorites are rum in chai and a mojito made w/ chilled green tea instead of lemon lime soda. Tea and white wine also good together suprisingly. There are also tea flavored liquors like green tea vodka and a chai creme liquor.

Ok wait… I shouldn’t say all the time. When I make myself a drink at home (which is rare) it almost always involves tea. As soon as I pressed “post comment” I realized that sounded very different than I intended lol.

As long as you’re not doing it all the time, why not? :-) For me, it would be such a waste of the tea, since I can only have a few sips of alcohol before I have to stop drinking. I know it’s more of a waste of alcohol, but since I know I can’t drink and I do it anyway, then I buy drinks knowing that I’m paying for a full drink to be thrown out.
But the LS, ooh, I could never throw that out!

Yeah, if you’re allergic I would not suggest doing it.

Oh, I still drink. I just can’t drink that much before I have an allergic reaction.

Good heavens, why would you ever make a mojito with lemon lime soda?

I was thinking the same thing because mojito is my favorite and I didn’t think there was lemon lime soda, but I’m no bartender, so I could be wrong.

Sorry, I guess it’s club soda. But I can see lemon lime since you put lemon in it. Some people do use lemon lime soda I think. Anyway it’s in place of the soda.

How is the chicken rub?? I had the BBQ and general rub and they are wonderful.

This is the first tea that I’m trying from the January Steepster Select Box. I have to say that this is the first box that I was kinda-sorta disappointed in, I have tried both the Moroccan Mint and the Chai (but I do love them), and this is the only tea that is new to me, and it’s Lapsang Souchong which is not a favorite of mine.

That being said, I’m actually quite enjoying this. I steeped it in my gaiwan using short steeps (quick rinse, first infusion 45 seconds, second infusion 1 minute, combined these two infusions in one cup), and the result is pleasant. Smoky, yes, but now as I allowed it to cool slightly to a drinkable temperature, I am discovering more of the pine notes in this than I have ever noticed in another Lapsang prior to this tasting. Yes, I know that the tea is smoked over pine needles, but, this is the first time I’ve actually been able to distinguish the pine flavor underneath the smoky overtures. It’s rather nice.

This has been one of my favorites for almost year now!

Great review! This is the only one I have left to try, I was putting it off as I’m not a huge Lapsang Souchong fan either, but now I’m excited!!

After drinking this, I knew it was not something that I would keep drinking. I thought I would use it on a steak or something else…

2 cups of this and one cup of broth. Really good. I might buy more just for making chili.

Great idea! It’s like using liquid smoke without the chemicals and whatnot.

Liquid smoke doesn’t use chemicals (I just learned that). It’s water that has smoke actually pass through it which causes it to be flavored then concentrated. Cool. But on to LS, when I cook with it, I use a tea ball or tea-sac so that I can control how much smoke flavor I want and then pull it out. OR, I’ve made rubs with spices by grinding the LS into a powder.

Such a good idea! So much easier than buying a bottle of liquid smoke (which I did actually, once, for making beef jerky. Though it’s probably 10+ years old, I’m pretty sure it’s still in my parents’ basement fridge…)

Oh I am loving this!

Threw in a bit of my Freakin Twilight Fan-Custom Blend from Adagio (strawberries & blood orange black tea) and the sweet and smoky flavors are playing well with each other.

If you want try something completely different throw about a quarter teaspoon of curry powder in.

DJ Booth threw this in as a bonus sample in our swap (Black Dragon for Wild Yunnan Black).

I went with a two minute steep as I’ve found that even my beloved black dragon doesn’t hold up so well to gongfu style short steeps (they quickly become sharp and acerbic).

I like the particular smoke flavor this tea has, but the tea itself is a bit thin. That may simply be because I only have a small amount to work with and I ought to have gone with a smaller mug, I dunno.

Certainly a marvelous lapsang. Not bacon-y or pork rind-y as some of them can be and not all smoke either. I think with a steady supply I could dial in parameters to make this provide an excellent cup, but I’ll stick with my black dragon, I think :-)

Yeah this was my first Lapsang and love it.

I should’ve logged this a while ago. Thanks to the DJBooth for swapping!
This is a great lapsang for the smoke factor over the tea base. This is so good with coconut milk. I had it with some chickpea miso for the one of the best miso shiru recipes I know. Sadly I’m almost out. I hopefully the lapsang on the way will be as much as a culinary delight.

Steeped this is my new gaiwan, with a quick flush and then a 2 minute brew at 185. The aroma is very smokey, much like a campfire that everyone is describing. The infusion is thankfully less intense with a bodied smokey taste with a bit of pine at the end. The second infusion was more to my liking as the flavors are toned down enough to drink rather than sip. I must say sticking my nose into the bag of this tea isn’t exactly the most pleasant experience due to the strength of the armoa of the tea leaves.
However, I am convinced I need to roast a duck or hen and add this tea as part of a rub, perhaps even added to a pork tenderloin schweinebraten, that would be some very awesome eats.
I usually very thoroughly enjoy a good oak/wood aged stout or ale, and wanted to equate this tea to those tastes, but it was not the similar experience I was expecting.

If only it snowed in Texas, I’d like to sit out and sip a small cup of this.

I have been a fan of lapsang souchong for many years now. The first time I made Dr. Tea’s lapsang souchong, I was at my office working through some difficult code that was giving me trouble. The smoky aroma and flavor put me in the zone, and this tea has become my go to for tough days at the office. This tea presents a very strong smoky aroma, but the tea is not so smoky that it is overpowering.

I’m not liking this. Normally I enjoy smokey teas, so I expected to like it. It tastes like a camp fire. Not pleasantly.