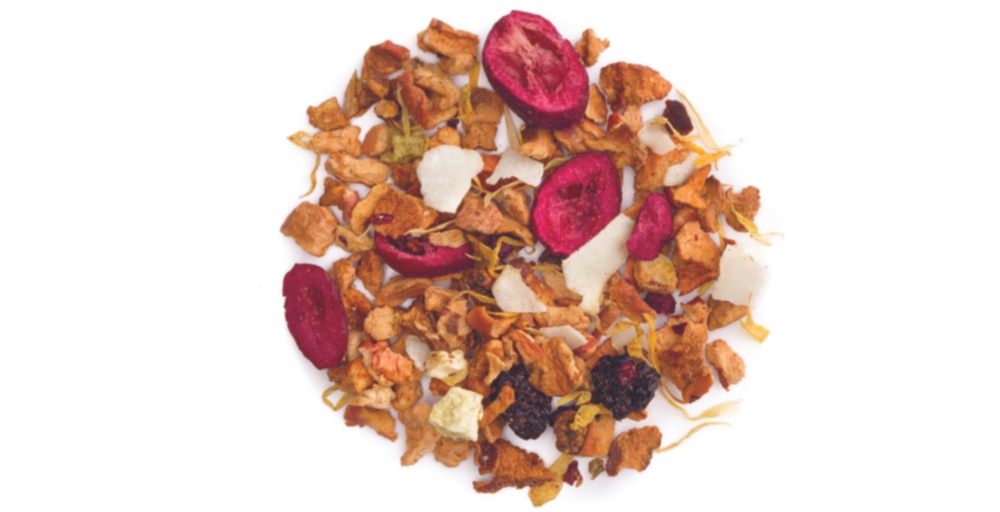 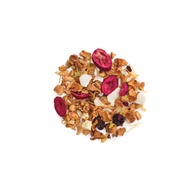 with 51 Ratings Rate this tea Rate This Tea

Satisfy your sweet tooth with this sweet and tangy treat of a tea. Mixing sour cherries, kiwi and coconut, the taste is full candy shop – at next to no calories.

#tiffanys2021sipdown Tea #182 overall / Tea #6 for May
Monday 5/3 — DT Hard Candy. This is a tiny tin, well, enough with 2-3 PS inside – cold brew in glass jar. This tea is super old but never had it fresh, I love the slight sour cherry taste to the overall muddy fruity taste. Would love for them to bring this back and would definitely stock up and buy a bunch fresh (at least 10 oz if not more)!
#tiffanydrinkstea #tiffanys2021 #tiffanysfaves #tiffanyinthe614 #tiffanysteasipdown

This one is so much better when it’s fresh. My sample amount that I had left wasn’t fresh and I could tell. The flavours weren’t very good anymore. I was very disappointed with the iced tea I made last night as it didn’t really have any good flavour… I ended up tossing what was left of my sample….
Another tea that I shouldn’t have hoarded. I think with this one I just kind of forgot I even had it, so it sat around and wasn’t enjoyed… It’s too bad.

I’ll keep that in mind – I think I still have a packet left over from the summer.

Yeah it might have just been my sample, but I was pretty disappointed by this one..

Imagine a Jolly Rancher. Imagine that you have somehow left this Jolly Rancher (apple flavored) in the bottom of your mug, and then you have poured hot water on it. It dissolves, and leaves a faintly sugary apple flavor. Very faint flavor, mind you, but it is there.
That is this tea.
So it lives up to the name, but it does not impress.
Many thanks to Super Starling! for letting me try (though my memory tells me you didn’t care for it either.)

I didn’t, but it’s been on David’s Tea’s site FOREVER, so I figure SOMEONE must like it. I want to meet the person who likes it. I want to look them in the eye.

And demand an explanation.

I am with you on this quest. We ride at dawn.

I received this tea in a swap with Super Starling! It’s actually clever because every time you type her username, you have no choice but to seem excited. Which you probably should be.

So, she sends me this tea with a note stating something to the tune of “I hate this tea. Hot Potato. You take it.” So I did. I bravely (stupidly?) drank that sample first out of all that she sent me. It was also recommended that I drink it iced.

I brewed it up and then poured it over ice. I tried it hot first. Just a few sips. Maybe I brewed it with too much water but it didn’t taste too horrible. Slightly sweet with a tang of sour apple candy. But fairly easy to drink.

After I iced both of my infusions and started drinking them, I realized what Super Starling! was referring to in her review. There is that artificial tangy apple taste/feel that kind of coats the tongue. While I was drinking it, I felt it but even after I was done that feeling and flavor lasted for even a few hours later. Mostly as a background but still there.

While I don’t think I hated this one as much, I can see why someone would dislike the artificial sour apple flavor that coats the mouth for quite a long time afterwards.

This is one of my favorite! Someone gifted it to me and I hope that one day DT brings it back as a full time selection.

Sweet, so fruity it borders on sour, and the coconut… My desk smelled like suntan lotion and I thought I was drinking it.

This is my second note about this flavor. If you consume it in the form of iced tea, it’s better.
“Better.”
But still not “good.”
It still has this fairly awful green apple Jolly Rancher aftertaste that coats your tongue and refuses to let go.
If I had to choose between this apple and the apple that poisoned Snow White, I might honestly go with a coma.
How does this tea exist?
Have you ever seen the other Bruce Willis/M. Night Shyamalan movie? It’s called “Unbreakable.” Its premise is that, due to the bell curve, for every person, there’s another, opposite person.
A guy (Samuel L Jackson) with super-shatterable bones decides that he’s going to locate a super-sturdy person (his opposite, Bruce Willis) and destroy him so he can get better.
I should look for a person who adores this tea. I wouldn’t attempt a murder or anything. I just want to look my nemesis in the eye.

Haha seriously? I never saw that movie but the plot sounds ridiculous enough that I’d watch it for fun.

I’m so sorry you’d rather be in a coma than drink this. Ouch! I liked this one last year when it was fresh, but I got tired of it after a while anyway.

@Fjellrev — The movie’s worth a watch. Maybe not a CLOSE watch. You know, the kind of watch you have where you’re idly scrolling through Facebook or Steepster at the same time.

I probably would choose the tea over a coma. I’m just a drama queen.

I inherited this tea from another drama queen. She handed it to me and said “I cannot stand to be near this tea.” I recently sent a sample of this to a friend of mine with the note “I hate this tea. Hot potato.” I can’t wait to see how he responds.

Can I just say again that I really enjoy reading your reviews? :)

@Mookit — Of course. Yes. I grant you permission to say that whenever the mood strikes.

Your friend just received your hot potato. :) I think I’m gonna try it tonight as the first tea out of the many you sent me. Either I’m a brave soul or a dumb ass.

I don’t want to say anything unkind, so I guess I’ll just have to go with “brave soul.” Sure. Let’s say that.

Nope, currently drinking it. About to write a review. I’m leaning towards dumb ass.

It really does taste like hard candy and tea together! Delicious! Wish this was brought back again this year. Wonderful hot or cold. Sweet but not cloying. If you can get your hands on some I’d suggest trying it if the tasting notes are to your liking.