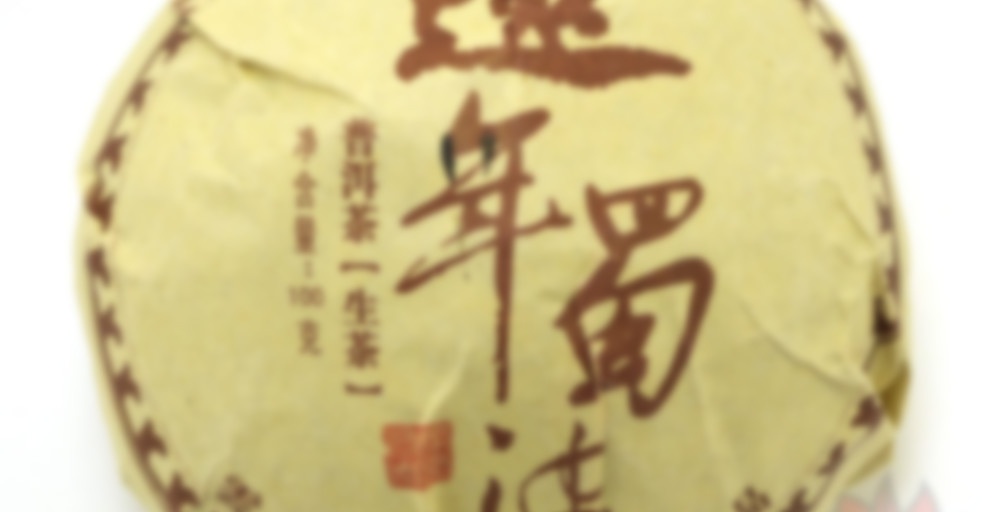 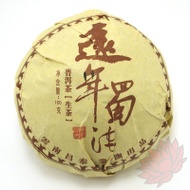 by Crimson Lotus Tea
80
You

This aged sheng puerh comes from the Yunnan Changtai Tea Industry Group. They have been in the puerh business since the late 90’s. We had the chance to visit with them in Kunming this year. We blogged about that here: http://crimsonlotustea.com/blogs/puerh/12480085-sampling-aged-puerh-with-chang-tai

This 100 gram mini tuo is called "Yuan Nian Shu" which means "Ancient SouthWest". This is used to describe the long history Yunnan (SouthWest China) has with puerh tea.

Changtai is well known for the quality of their early 2000’s puerh. Their master blenders created this blend from Menghai area Da Shu (Big Tree) puerh tea trees in 2003. It has been stored in hot, humid Xishuangbanna until this year. This blend is ungraded and contains both large leaves and tiny buds. The leaves are lighter in color than the similar 2003 Changtai "Ji Nian / Memorial" Sheng / Raw Tuo Cha and seemingly contains more buds.

The aroma of the warming leaves is sweet with floral and thick honey notes. The liquor brews a medium darkness like an amber honey. There is a noticeable astringency with quick chaqi (tea energy). The flavor reminds Lamu of Tibetan Butter Tea, without the butter. Additional steeps bring out more astringency balanced with sweetness and a nice huigan (回甘 "returning sweetness" feeling in the throat) and a trace of mintiness. This is a very floral tea which is surprising given the age. The lingering bitterness mixed with sweetness is intriguing.

Use 5-7 grams of leaves and brew with 6-8 ounces of water at or near boiling. Wash once for 3s each, then start with a quick steep of 6-8s. With each re-steep adjust the steep time to your taste.

This tea is good. The only problem I had with this tea was I was using a new teapot that was supposed to be 100ml. The teapot turned out to be bigger, probably closer to 140ml. What would have been a good amount of tea for 100ml was not enough for 140ml. Still, the tea was good. It had a nice color to it. This was no yellow sheng but had a nice orange color to it. There was a fair amount of bitterness in the early steeps but not a young sheng bitterness if you know what I mean. It dramatically mellowed out over eight steeps. The next time I make this tea I will use more tea. The tea had a nice aged flavor to it, I’m not sure how to describe the specific notes but it was good. This is not a cheap tea. I think it goes for $30 for a tuo but it is worth the price.

I steeped this tea eight times in a 140ml teapot with 5g leaf and boiling water. I gave it a 10 second rinse and let the leaves rest for about ten minutes. I steeped the tea for 5 sec, 5 sec, 7 sec, 10 sec, 15 sec, 20 sec, 30 sec, and 1 min. Had the teapot been the size listed in the description I think this would have worked out just about right.

You know when the orange starts the sheng is really getting good.

Another one from Veck’s box of magic… I hadn’t tried until today (which has been self designated as CLT tasting note day).

This one tastes ancient! It isn’t quite as sweet or fruity as the 2005 top of the clouds, or nearly as intense of a color.

While I use floral as a note, it isn’t tropical flowers like I get off of some other teas, it is more of your garden variety western type. I keep picturing pansies, like the kind from the salad, but not as bitter. Or maybe an iris, elegant and brisk.

The after taste on this one lingers, and almost reminds me of an ancient library. Like the sensation of opening an ancient tome. A lot of the classic Changtai note is pretty muted, I guess by so long in wet storage. It’s very Yiwu in character, but not as powdery as I found the 2005 Changtai Yibang I got from Puerhshop to be. The leaves are small, but maybe a bit bigger on average than a yibang.

It was very interesting. Other than the 90s Hong Kong Storage this is the oldest tea I’ve had. This is good, and I could see some Yiwu fans swooning over this one. But unlike pretty much everything else from Crimson Lotus I don’t feel the need to stock a life time supply of this.

As I was rushing out the door for work this morning, I was rifling through my swap samples and grabbed this tea. The handwritten package I have says “2003 Changtia Yu Nian Shu tuo” so I assumed it was going to be shou! LOL

Luckily I didn’t have my heart set on shou this morning, and this turned out to be a very nice sheng! Super smooth and almost creamy tasting. Not much in the way of bitterness or astringency going on. Somewhat sweet, too. I’m not really getting any florals or smokiness. Tasty!