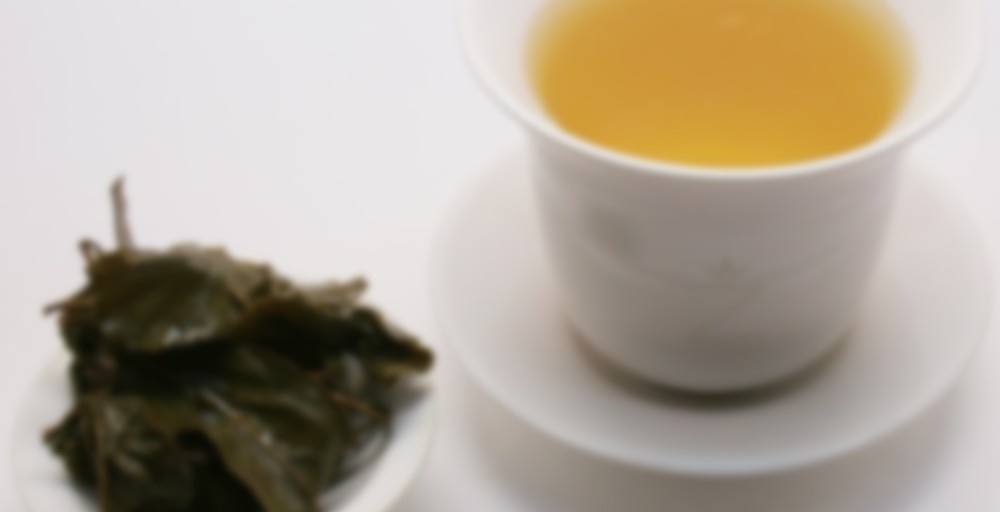 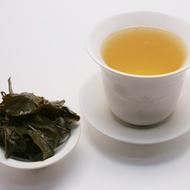 by Chicago Tea Garden
83
You

Repeated roasting gives these leaves a rich, deep taste, with a hint of charcoal on the nose and no bitterness.

Chicago Tea Garden is an online tea shop committed to providing extraordinary teas and tea education to tea lovers and those new to the leaf. Chicago Tea Garden's co-owner Tony Gebely also runs the World of Tea Blog [http://www.worldoftea.org] and Tweets at @WorldofTea.

I cheated a little bit with this one, but it was totally worth it. I wanted…..NEEDED….tea this morning. Lots and lots of stress – nuff said. I wanted a black or oolong tea and this sample caught my eye. I can not believe I have had it for three years! When I poured the leaves into the pot it looked a little shy of how much I needed so I added quite literally just a few hard little pellets of Zealong Aromatic.

The result was excellent. This may have suffered a bit for aging, I don’t know, but I do know that having a good cuppa shifted a few burdens and lightened the load.

The liquor was very light, but the flavor had lots of body and heft, and there was a floral sweetness running alongside the dark roasted oolong, possibly from the addition of that tiny amount of ZA.

this tea smells like roasted peanut butter, very nutty. it has a very clean taste, with some really interesting charcoal notes. The charcoal flavor tastes as if I took some tea in aluminum, and let it sit in my charcoal grill over night, or over a few nights and absorbed the charcoal taste. Very interesting flavor accent. This tea is very refreshing, and just makes me want more. out of the 3 zealongs, I can’t decide which I like best, I feel like they are all good for different moods and times of the day. :) Thanks for sourcing this, Tony!

Ooh! I can’t wait to try mine! Sounds yummy!

Holy roasty toasty awesome in my cup! I’ve had this for a while now and this is the first time I’ve had it since I purchased it way back when Tony was closing shop. But half of it is off to a friend of mine from New Zealand who was very interested in this tea. So I’m just getting around to enjoy this. This is just a damn good cup of tea. The smell is slightly vegital with hints of a toasted flavor. The taste is just amazing. Glad I can get multiple infusions out of this one!

weak, no more after this

Don’t worry I will swoon over it enough for the both of us. :-)

hehe :) good to know we can split the swooning duties

Delicious! So far I am enjoying the “Dark” Zealong the most. I will write more detailed notes once I have made more steeps.

My friend, Sandy, who is also on Steepster just went to the Zealong plantation and had tea at the Camellia room! I have tried this one and liked it, and she had the Zealong aromatic when she was there.

So very cool. One day I would love to visit a tea plantation.

envy i’d love to go to new zealand, and the tasting room!

It is beautiful! She has been there for about six months and is coming home for a few weeks and then heading right back out to Australia for six months. Her photos show a lovely country.

Uhm, so I had this tea but I had it about 4 hours ago so it’s all kind of a blur to me. I remember thinking it was really good. It reminded me a lot of Samovar’s TKY which is pretty much the only darker oolong that I like enough to buy (I’m a green oolong girl) but this one was even sweeter and more fruity. Perhaps not quite as toasty/roasty but definitely not to be mistaken for a green oolong. Very smooth, very clean, very sweet, very fruity…. very tasty!

Right now, I’m going to tie this with Samovar’s TKY. I’ll probably end up adjusting the rating when I 1) get to try it and Samovar’s TKY close together so I can compare better and 2) have a chance to pay more attention to see exactly how tasty I think it is.

And wow, writing this log made me realize that I haven’t even tried a second steep. I’m going to go do that now! (What a crazy day!)
8g/8oz

(ETA: Had Samovar’s TKY to compare and like this one better so I’m bumping up the rating.)

I got my (ginormous) order from Chicago Tea Garden today! Yay!!!

I was really looking forward to trying this tea. I really wanted something dark in the oolong spectrum and nothing was quite hitting the spot. They were all turning out a bit too sweet to fulfill my ravenous need for roast. I love ALL oolongs, but sometimes a girl craves roasted tea, you know? I must say, the sticky rice tuochas very nearly turned my head, though.

The aroma of roasted nuts hit me as soon as I opened the tin. I’m smelling walnuts and pecans at Christmas. The tea leaves are really tightly rolled up. I had to give it two boiling water rinses before they started to loosen up. The delicious nuttiness was just enormous in the wet leaves. Oh yeah, this was definitely what I was looking for.

So, I went for 1.5 tsp for threeish ounces of water. I kinda faked the gong-fu with a small mug and the tea strainer (to keep the leaves in the mug when I poured, they were under the strainer!). My order for a couple of gaiwans has yet to arrive, and I kinda wanted to try this tea on porcelain before futzing with different clays. I’ve done it before, it’s not that hard. I gave the tea a few seconds at a time and increased the steeps from there – near the tenth steep I was doing a minute and a half. Only issue today is that I pulled a dumb blonde moment and poured the hot water from the kettle on my fingers. Derp. Lucky it wasn’t boiling, huh? :)

The liquor comes out a nice golden tone, with a delicious roasty smell that just made me want to hurry up even more. It tastes like it smells – roasted nuts, a bit like my mother’s walnut and pecan pie, without the sugar. It does have a mellow sweet finish to it, but it’s understated. Just the way I like it. My sister noted a chestnut flavour at the very end of it, which I agree with, though my experience with chestnuts is limited. The roastiness fades as the cup cools, the result being a very odd (though pleasant) nutty mellow quality.

As the steeps progress, there’s a very odd toasted…chamomile?! taste that emerges. I don’t mind chamomile, but I prefer the earlier steeps by far. Or maybe I didn’t steep them enough at the end of it? I was very confused to pick up on it, anyway. It’s the only reason I didn’t rate the tea higher. Maybe I did something wrong. Weird.

Anyway – final judgement on the tea? SO GOOD. Do try. And do drink it hot. The tea really shines.

Sadly, I have to admit that I have poured hot water for tea on my fingers too at some point… Argh… Will try very very hard to never ever do it again!

What a great word: ginormous!

Wow, you mention a tenth steeping, so how many total steepings actually yielded flavor?

I’ve had plenty of those burn moments, myself. I look at them as a kind of ‘tea war wound’, and chalk it up to experience (you know us men, some of us—well, Me at least—try to turn pain and hardship into something, erm, glorious, I guess.). So, what is the equivalent of ‘dumb blond’ for a male anyway? Because whatever it is, if you looked it up in the dictionary, you may very well see my picture smiling back at you!

SimpliciTEA – The ninth and tenth were kinda meh in terms of strength, so I’d say that gong fu’d this tea has 8 good steeps in it. I’m not particularly used to CTG’s offerings, though, so it might be that with some tender loving care you can eke out a couple of more steeps.

With how much of a careless klutz I tend to be, I’m surprised I haven’t had more tea mishaps than I actually have. I mean, I once got a blister on the palm of my hand from my mactop. That said, I do tend to pay 500% attention whenever I’m handling my teapots and mugs collections.

Eight steepings is still impressive (even starting at 15")! I haven’t tried any of their tea, but I get the impression their tea is high quality.

I have a reputation for spilling things, but that was when I was living more of fast-paced life-style, impulsive, and oftentimes not paying attention to what I was doing. I rarely spills things these days (my wife may disagree, though!). I hear you; I also feel paying attention, and doing one thing at a time (I am one of those people who like to do a b-zillion things at once), helps to keep one out of harms way. : )

I grew up watching my dad drop and break all sorts of things out of clumsiness. And having a couple of my favourite mugs broken by him and other people really taught me to take care of my own stuff. I didn’t want to add to the casualties. ;)

Like others have noted, this is a clean tasting oolong. Not bitter/not astringent and just as important not vegetative. This a is relaxing, very mild, slightly floral brew. But although this oolong is described as “dark”, there is almost no toasty/toasty flavor..but maybe this oolong was “roasted” just enough to kill any grassy flavor….