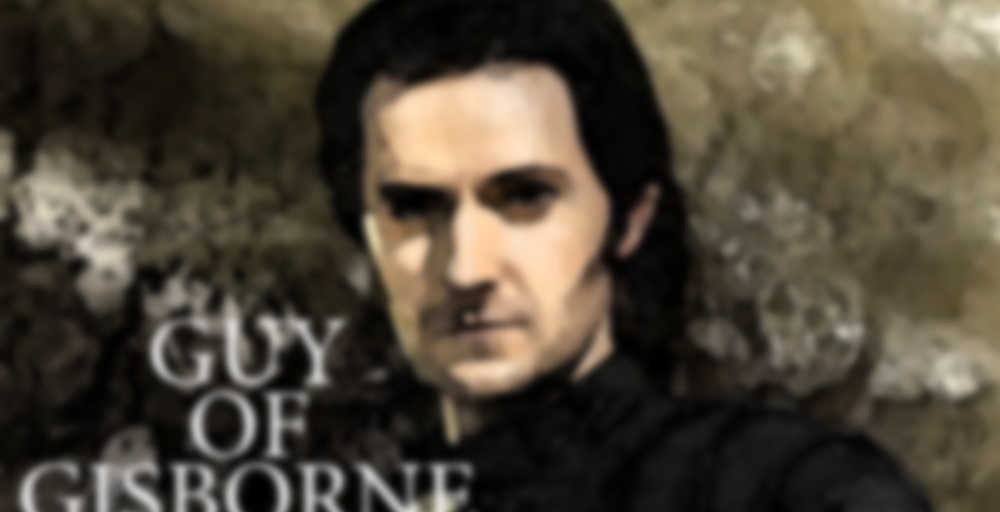 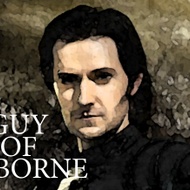 by Adagio Custom Blends
83
You

Dark, rich, with a hint of sweetness, this distinctive tea embodies Sir Guy of Gisborne.

Dark, brooding and always dressed in black, Sir Guy of Gisborne calls for an aged pu-erh and tiger eye blend. Underneath his gloom there is a hidden warm heart – hazelnut honeybush.

Steeping Instructions: Steep at 212° for 3 minutes.

i steeped this one for a longer amount of time with water that was not boiling. in fact it was kinda just hot water. see, i was impatient and i had boiled the water 3 times already and forgot it every time. so i just used it at the temperature it was out of self annoyance. hah

ok. you were warned. just sayin.

Tea 1 Pu-erh Dante
giving Sir Guy a pu-erh makes complete sense. scents and flavors of damp forest and black leather. you sexy evil lonely man you. have i been biting your leather armour?
Tea 2 Tiger Eye
the tiger eye tea is chocolate and caramel tinged, which seems like mostly to serve as a vehicle to lessen the pu-erh and segue into the hazelnut. steady now.
Tea 3 Honeybush Hazelnut
basically the hazelnut part of this tea really kicks the ass out of any other smells in the blend, or maybe the hazelnut and chocolate and caramel all mix into one new beast. because it smells like over the f#ing top maple pancakes!! like wowza! like knock you over pancakes! like breakfast with Guy at his manor pancakes!? …maybe? … oh come here you big angry warm heart of a man you.
(the scent of hazelnut pancakes is NOT as strong in the brewed tea, though it is still perfectly present and i love it. i think milk and maybe a touch of sugar would really make this tea too delicious to bare, but i rarely add anything to my tea. also i really don’t think Guy would approve. he’s a no nonsense kinda dude ya know. also he’s the ‘bad guy’. and we all know bad guys don’t like sugar. though perhaps if i’m ever in the mood for some punishing i guess i might consider it.) (i know, i went too far there.) (i’ll revise this once my embarrassment kicks in.) (probably.)

poor Sir Guy, he’s constantly pulled between good and evil. between who he really wants to be and who he is. so beautifully conflicted. so totally goth. aren’t we all really? aren’t we all.

GREAT JOB ON THIS TEA EM!!

LOVE You are amazing! This was the best tasting note I’ve ever read. Awesome and hilarious :) Thank you for brightening my day!! My favorite highlights: “you sexy evil lonely man you. have i been biting your leather armour?” “oh come here you big angry warm heart of a man you.”

giggles…goth doesn’t work at 65 outside of Hollywood. You’re put in a home with a locked door.

This is a strange tea, but I actually really like it. Bummer too because it doesn’t look like they sell it anymore. I’ve only found a few puerh blends that I like much and thats generally if I can’t taste the puerh. The puerh isn’t hiding in this one at all but the hazelnut and the puerh really compliment eachother. I’m sad to only get to have a bit of this but thank you to shmiracles for the chance!!!

this tea was made by a fellow steepster (http://steepster.com/EmiCreech) after we got on some type of deep comment chat about loving BBC Robin Hood. not only is it a nice little tea but it also portrays Richard Armitage’s character rather nicely.
also i DO like strange but tasty teas. i have a proclivity towards the weird ones.
glad you liked it! i at least put a ‘notify me when it’s available’ request in for the tea. so who knows, maybe they’ll blend a few bags more. :-/

Thanks Shmiracles for this tea sample!

Dry, this smelled quite yummy. Some sweetness mixed somewhere in with black tea. Now steeped, there’s a bit of a different scent – and it includes the scent of pu’erh. I don’t care for pu’erh. At least not yet.

Initial taste is maple-y or hazelnut-y with something else there that is the pu’erh. But it doesn’t seem to be overwhelming.

In conclusion, there is a lovely sweetness to this tea and it’s quite bold. I think it would be best enjoyed in the morning.

the dry scent is kinda crazy huh!? over the top decadent!
steepster Em created this blend (http://steepster.com/EmiCreech) and i think she did a fine job :) i am a puerh appreciator though. precisely for it’s boldness.

Swap from Shmiracles (the big enabler. Lol!)
This isn’t too bad. The brew smells different than the dry in the bag, but not in a bad way.
All the flavors mesh together pretty well. The hazelnut isn’t overly strong, but I definitely know it’s there with a tasty nuttiness. Same with the tiger eye, just enough caramel taste to give it richness. I’m not really sure what the pu erh brings because I haven’t ever had it by itself but it certainly doesn’t detract from the tea.
I’ll eventually have to order this one for myself. One more to add to my Adagio ‘to-order’ Blends list since I have so many of them. XD

oh it’s so nice to know you liked this one. it was made by a fellow steepster after we gabbed about Robin Hood late one evening. it’s the tea i always make guests to my house smell, because it’s scent is so striking.