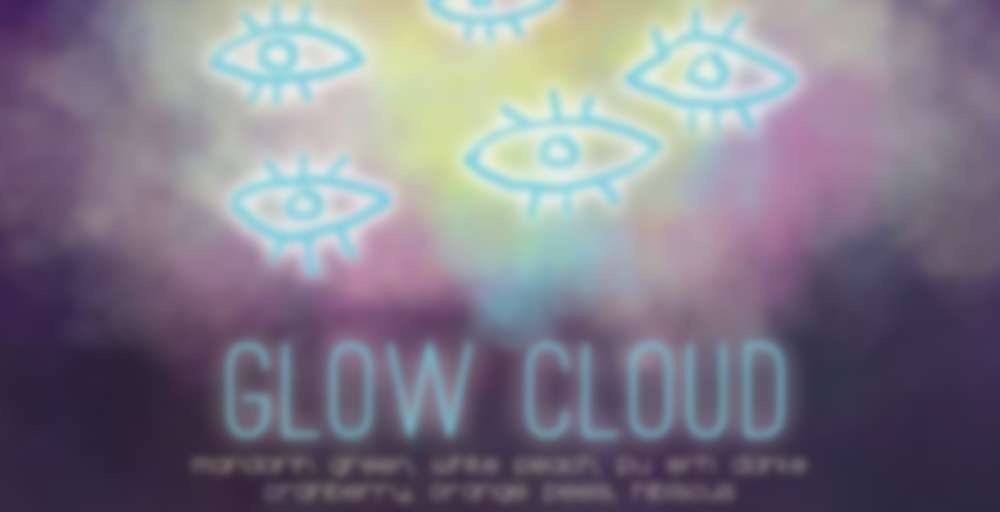 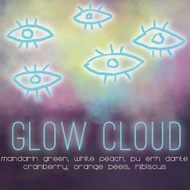 All Hail this ominously bright, fruity blend, laced with just a tinge of the special kind of petrichor that only comes after a rain of small, dead animals.

One of my favourite blends ever.

thanks cavocorax I still haven’t had a chance to listen to the nightvale series, but this tea is delicious!

30 mins later i uh came back to this note i started lol. got distracted vacation planning. At the end of the day? This was tasty, and even so once it cooled off!

Well I hope when you do listen to it, that you enjoy it. It took me a few episodes to get passed the weirdness and just roll with it. They’re great for commuting if you’re antisocial like me and wear headphones.

I got the Night Vale fandom sampler and couldn’t decide which one to try first, so I just used random.org and this one came up as my first test.

It’s a bit of an adventure, because I’ve never tried pu-erh and I’m not the hugest fan of greens, but I’m willing to give it a try. I’m not used to being able to see the bottom of my cup through the tea.

On opening the tin, I was overwhelmed by the fruity aroma, mostly peach, and something else I couldn’t quite identify, which I assumed was the pu-erh. On steeping the aroma was toned down quite a bit and brought out more of the green tea smell that I’m used to with teas of this color. Smells very delicate – at least to my black-tea-loving nose.

I tried it straight at first, not wanting to bias my tastebuds with sweetener. To be honest, I can’t really taste much of anything beyond the green tea. It’s also quite dry and I think there may be a layer of dust covering my surroundings… I got up just now to get a cup of water and noticed a dead crow on my porch. Unusual. Usually it’s just dead starlings. Staring at me with their unblinking dead eyes.

I added a drizzle of blue agave to see if that would bring out any more flavor in this airy tea. There’s now a totally unique flavor here that I can’t quite put my finger on. It’s not the agave, and it’s certainly not peach, but I’m not sure where it’s coming from. Tastes a little bit like the school board. Hm.

I’m considerably upping my initial rating because once it’s cooled down quite a bit, a lot more of the flavors come to head. I’m now getting a citrusy taste on the back of my tongue in addition to the marshmallow.

I would love to make an ALL HAIL THE GLOW CLOUD joke but unfortunately I really just can’t. This tea gave me all sorts of fruity citrusy promises and then didn’t deliver. Brewed up, it’s incredibly dry (I keep smacking my lips and looking for water) and almost no flavour. I just took a sip of it and I can’t tell you what it tastes like. And it’s got this odd chemically tap water aftertaste. Did not enjoy.

OK, time to try NV Tea #2! I’m listening to Welcome to Night Vale #41 as I do so. (http://nightvale.libsyn.com/) I love the series, but there’s something almost Lovecraftian about the way I try to listen to it, and then my mind slip slides away to something else, possibly in an attempt to protect me from hearing about the casually mentioned horrors…

This is a really light and delicate blend, with peach as the most prominent note. Further sips bring out a touch of puerh earthiness to give it weight, and I can taste green tea and citrus. This tea grows on you, much like an enveloping glow cloud will slowly block out all surrounding stimuli and eventually become the sole point of your focus… You then become aware of more and more…

“Stay tuned next for the noises of my hurried retreat echoing first as sound, and then as memory, and then maybe then again as part of tonight’s fractured dreaming. Good night, Night Vale. Good night.”

This is so good. So fruity and light and yummy. Peach is the predominant flavor, with white tea in a close second. I don’t taste hibiscus (thank God), and the other flavors are slowly coming out. Citrus and then green tea…maybe a touch of pu-erh, but I’m not sure. Regardless, this is a delicious tea. Well rounded and always surprising.

As I reach the bottom of the cup, I realize I have forgotten all things regarding this blend and my cup doesn’t have the usual stray dust at the bottom. It is completely blank and smelling faintly of vanilla…

I don’t have any fic links to share, since all I read at lunch were babyfics, and so I won’t subject you to any of that. No no! But hey, werebabies.

I like it best when the werebabies shift. Then I imagine them going on rampages through the local bunny population back yard like real puppies with no coordination. (Babies are cute, but also somewhat terrifying.)

(Yes, terrifying!) That is hilarious. In fic, I kind of just shake my head – I imagine baby bodies with big furry shifted heads with sideburns hahaha. Maybe in season 7 or whatever we’ll get a werebaby when show jumps the shark.

Considering their track record with the ladies, I’m not so sure how that will work. Unless Scott ends up as the baby-momma… I mean, he is the hottest girl.