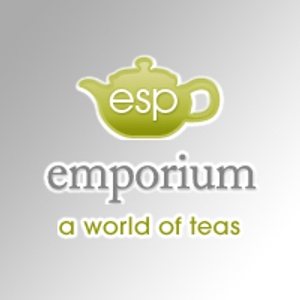 I lucked out because I had a special coupon on my Kindle for $35 worth of tea for $15. So, I essentially got $20 worth of free tea in my order. The coupon is what prompted my purchase. I’d never heard of this company previously. I couldn’t use the coupon on shipping costs though, which I had originally planned to do. I ended up paying about $8 in shipping, which was more than I would have liked.

I was only slightly disappointed with the packaging. It looks nice and includes steeping suggestions and an ingredients list. But it has a folded over twisty top thing going on, similar to Starbucks coffee bags. So, I’m a little concerned that air can get in there quite easily and suck out the flavor. I don’t have any airtight containers large enough to stuff these bags into. They’re sort of an odd, long, skinny shape. So, maybe I shouldn’t fault them on that and I should be responsible for having the correct teaware to house it. But it was a minus in my mind that there wasn’t at least a ziplock or something.

I also wish they had more reasonably priced samples. The smallest sample I could buy was 2 ounces, and all their sampler sets were waaay overpriced. I could buy larger amounts of all the teas in the sampler for less money…so what’s the purpose of the sampler then? Why spend more money for less tea? It’s completely counterintuitive.

But let’s get on to the pros! They shipped my order 2 days after placing it and sent me a 10% off coupon to use on my next order. I don’t recall getting a coupon like that before just for buying some tea. So, that was pretty nice of them. They also included a neat laminated chart with information for brewing different varieties of tea. I’m definitely holding on to that!

The tea itself was yummy. A couple of the teas weren’t what I expected them to be. Chalk that up to bad descriptions of the flavor profiles I guess. One of the teas definitely had low quality ingredients/additives. But I still enjoyed four out of the five teas I ordered, which received ratings from me in the 80s.

I might order from them again because I do really love their China Rose OP Tea. However, I’d really like to be able to buy smaller samples. Therefore, I’m not sure if I’ll buy any other new teas from them that I haven’t tried before.

I just placed my order and I’m already annoyed. Worst checkout system EVER. I got all the way through to the final place order step, and the button never loaded. I had to go into Safari and add everything to my cart all over again and then it wouldn’t let me use my email address again, so checking out took almost 20 minutes. Hopefully the tea is worth the trouble..

Having recently placed an order with ESP Emporium, I can say that I am very happy with their service. The order was shipped ground, and when I was curious about when I might be receiving it (about a week after I placed the order, not an extraordinarily long period of time), they responded back very quickly with the information that my package should be (according to the tracking) arriving that day. I was pleased with how nicely everything was packaged, as well as the quick shipment and response time.