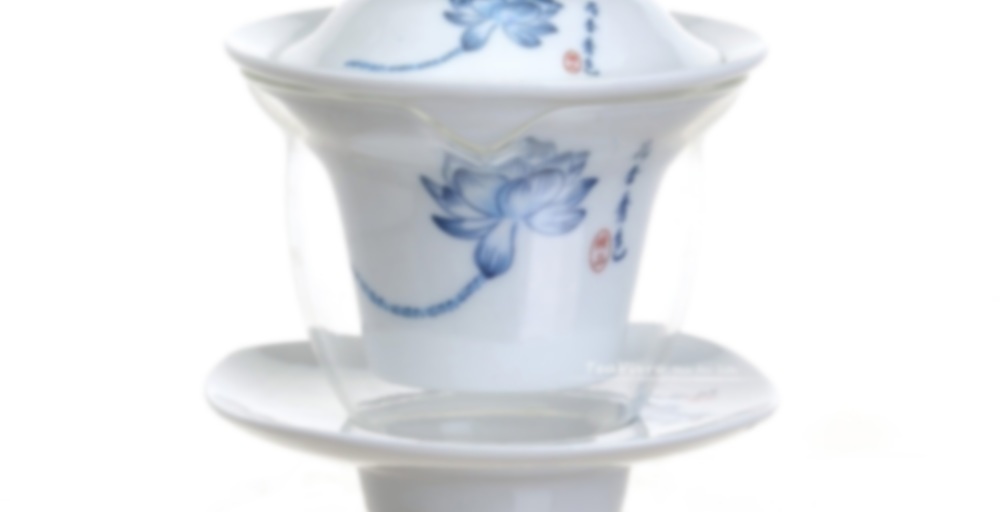 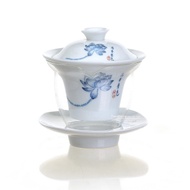 When TeaVivre posted this on Instagram, I knew I had to have it. It’s just so unique! And at the time, I don’t think I even had 1 traditional gaiwan. I have one now, along with a couple of what I’d consider “easy” gaiwans. I really love brewing things gong fu style now! This is really like an in-cup infuser/gaiwan/serving pitcher. I really like the serving pitcher part, as I still don’t own one…I’ve been using a small Pyrex measuring cup for that (lame, huh?).

Anyway, this came in the mail today, so I tried it out with the Da Hong Pao sample I ordered.

The overall quality is pretty good. One thing that bothers me about one of my easy gaiwans is that the holes look unfinished and have sharp points on the inside. This one has an infuser with both holes and a fine mesh metal strainer inserted inside and the holes look nice and finished. The fine mesh strainer will be nice to catch sediment or little pieces of leaf. I found three scratches on the glass pitcher portion, which worry me a bit regarding its integrity…hopefully they won’t be a problem. The pitcher and infuser portions don’t sit as securely in the base as I expected, but it’s not terrible. I found the lid can double as place to measure out your leaf. ;)

Since you can sit the infuser in the base while you pour from the pitcher into your cup, people used to traditional gaiwans may find themselves almost pouring the water for the next steep into the infuser without putting the infuser back in the pitcher….I almost did this! That would not be wise!

Also, it’s important to watch the water level in the pitcher when pouring into the gaiwan, rather than the water level inside the infuser, as you may overfill and cause a spill. Not a problem if you’re using a gong fu tea tray, but otherwise it would be. Also, overfilling will make the top of the pitcher hotter, making it more difficult to handle/pour.

I know some folks like to agitate the leaves with the lid while brewing, but you can’t really do that with this one, as the water level in the infuser is lower than in a traditional gaiwan, and the infuser is not as wide.

I like the portability of this, as you don’t need a separate pitcher. I also really enjoy watching the color of the liquor change as it steeps, which could also be a very useful indicator of how long to brew it. Overall, I’m pretty happy with it and expect to use it often!

Sweet, I was curious about this!

I use a pyrex measuring cup sometimes too. :)

i use Pyrex too when im in my summer place