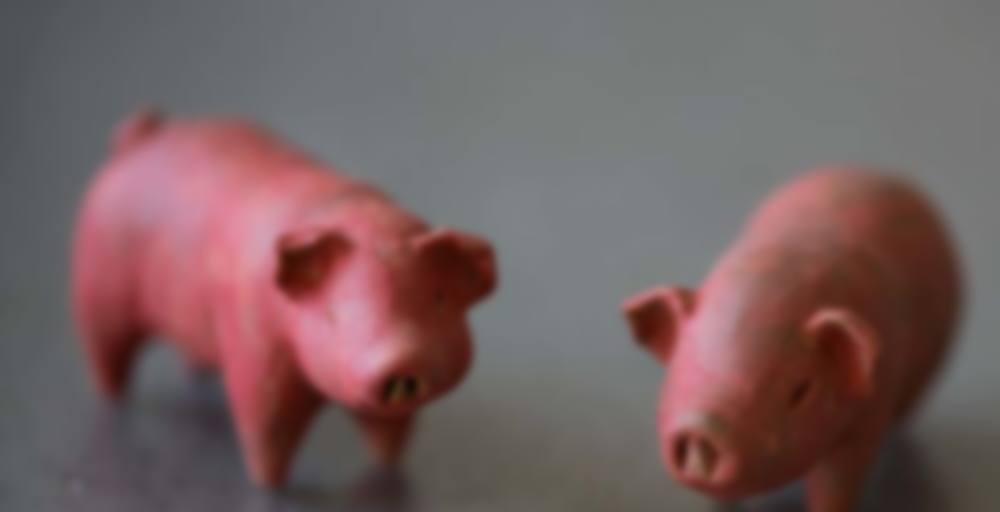 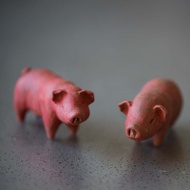 Handmade in Jingdezhen, these tea pets are just regular pigs, doing regular things. Or so that’s how it seems…

Bought one of the red pigs to commemorate the year of the pig, me being a product of 1983. The craftsmanship is evident, nice rough texture, a kind of unfinished touch that I appreciate much like a pig itself. Pig’s about as long as the width of my palm.

The only reason I’m writing about this pig…

I spent some time working with a few Juniper Ridge employees earlier this week harvesting juniper in northeastern California. One of the employees was Pablo, a stoic yet hilarious dude.

The day started off with finding a lost pupper wandering around in the previous night’s snow (really wish I could attach photos!). She was going to come home with me. The town vet lived next to the property we were working on. The vet took the dog into town to their clinic where an employee recognized the dog and called her owner. Still feeling kind of sad about that. The dog was so sweet.

After dealing with a full day of alternating snow, sun, clouds, rain and wind, a healthy round of beers was indulged. Pablo opened up a little and joked about having a pet pig and after eating a horrendous dinner at a Mexican restaurant (all the food in the town of Alturas is near inedible), he said he was going to make carnitas out of his pet pig. With a healthy buzz going around, of course we all got out our phones to share pictures. Pablo really does have a pet pig. And it’s HUGE. He has this HUGE pet pig at the likely small city lot he lives on. Apparently some people that sell pigs as pets lie and say they’re exactly that, pets, but a lot of them end up the size of something which ends up at a carnicería. So maybe Pablo wasn’t joking about making carnitas out of his buddy.

Anyway, the trip was awesome, my work clothes smell like juniper and chainsaw exhaust and I have my own tea pet pig that I’ve now named Pablito. Here’s to my year!

I’m still hunting for the perfect pig tea pet – I think I’d like to make a tradition out of that getting a tea pet matches each zodiac year and since I’m year of the pig/boar this seems like a good place to start. Glad you enjoy this one + cute name. I name all my tea pets too.

I’m year of the dog, 1982, but I’m very un-doglike (I’m such a cat-person). I still don’t have a tea pet; I figure without a tea tray there is little point in getting one yet. But I think I’d want a cat (which aren’t very popular, being the animal that was left out of the Chinese zodiac), or a fish. Cute pig!

The last house I lived in was on Alturas Dr. Considering my parent’s cooking, seems the inedible food still holds up…

1995 – but I don’t know if I’m a typical “Year of The Pig” since I’ve never done any research into the zodiac meanings at all.

Ooh – I have three cat tea pets and some fish as well! I love all of them :) If you end up going for a cat, I recommend Bitterleaf – they seem to always have at least one style of cat tea pet in stock and they’re generally all super cute/adorable.

Seconding Bitterleaf! I have one from them too. It’s really cute.

Yeah, Bitterleaf always seems to have a revolving door of cute kittehs.

Mastress Alita, I don’t even have a proper tea tray. It’s some cheapo wood decorative black tray I bought at Goodwill that I covered in a tea towel. Certainly not something I can get wet and wild with so both my pets sit in a rinse bowl also bought from Goodwill. I have no idea what the hell the vessel’s original purpose was because of its strange shape but it works and accommodates Pablito and Balompié.

Roswell, I’m jelly you got that old man you named Leopold. It’s just so damn weird. I swear I’ve seen a pic of Leopold before on your Instagram or something.
Am I correct in thinking he’s from Bitterleaf?

He is definitely from Bittrrleaf! I love Leopold; he’s 100% my most unique teapet. And people seem to either adore him or hate him – super polarizing.