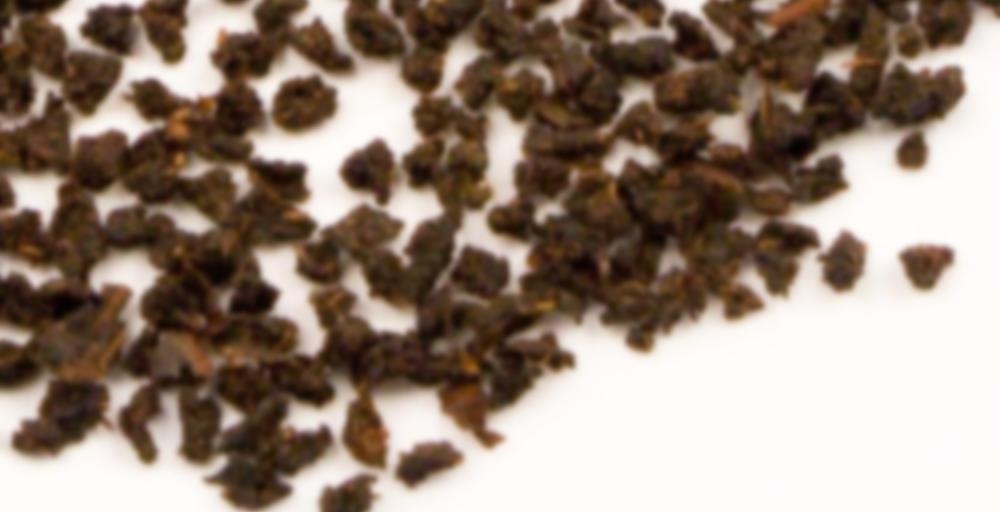 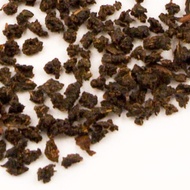 Enjoy a steaming cup of our hearty Organic Assam Breakfast.

A favorite morning kickstart! This tea is hearty taken straight, but loves milk and sugar.

Try with agave for a tasty, low-glycemic treat.

Oh my! This is a delightful Assam tea. I’m getting lots of sweet stone fruit flavors of bright cherry and deep, ripe plum. It’s pleasantly malty and smooth – Very smooth. There are no bitter notes or rough edges, only a pleasant astringency typical of Assams. Overall the tea was creamy and sweet. I detected a smidge of cocoa.
For those who are Assamaphobic, this Assam would be a safe choice – Sturdy, but oh so gentle and completely delicious!
Thanks for the sample, Josh! I loved every sip!

My thanks go to Joshua at Zhi Tea for sending me this sample! I really like the packaging. Very elegant, artsy pouches.

The leaves are a dark chocolate brown, small, and very concentrated. Because of this, one teaspoon makes a hearty cup of tea. Of course, that makes it a very effective first-thing-in-the-morning cup. But strength is not bitterness in this Assam, as it has been in others I’ve had in the past. Even as it brews up to a dark brownish amber, it remains pretty mellow. Some Assams I’ve had in the past have a sort of sharpness to them, but this one doesn’t. The flavor is nicely balanced.

I get notes of malt, cream, and honey. Maybe whole wheat bread. It’s a very satisfying and rich taste. I could definitely see myself ordering this come winter.

Okay, before I begin this review, I have to give a sincere thank you to Joshua for sending me a sample of this tea to review. I also have to give an entirely insincere, wholly sarcastic thank you to the United States Postal Service for nearly destroying the package containing it. When I received this in the mail (along with a pouch of Zhi’s Austin Breakfast which I will hopefully be reviewing this weekend), I noticed a large, triangular puncture on the front of the package that went all the way through the other side. It looked almost as if someone had taken a trench knife and stabbed it straight through the entire package. Needless to say, when I opened the package there was a triangular hole that went straight through both packets of tea. Fortunately, this stab wound went through the top of each pouch, so I l hardly lost any tea and there did not appear to be any unwanted blending. Also, I had just cleaned and aired out a couple of old Steven Smith Teamaker tins that I keep around in the event of such occurrences. The contents of each packet are now safely stored in each of these tins.

I prepared this tea using a simple one step Western infusion. I followed Zhi Tea’s suggested brewing method for this one, though I did adjust the amount of tea I used according to the size of my glassware. Zhi suggests using 2 teaspoons of loose tea leaves per 12 ounces of 208 F water, but since I was using an 8 ounce teacup, I used approximately 1.25 teaspoons. I most certainly could have used 1 full teaspoon and this would have turned out about as well.

The infused liquor showed a dark, coppery amber in the cup. The nose was not particularly strong, offering creamy, malty aromas with a hint of toastiness and mild herbal character. In the mouth, I perceived a subtle and satisfying blend of cream, malt, honey, toast, roasted walnut, roasted chestnut, and faint herbal notes leading to a smooth finish that emphasized lingering sensations of cream, toast, malt, and honey. There was practically no astringency whatsoever, just typical Assam flavor components that were very smoothly integrated.

As far as first impressions go, I can say that I really like this Assam. It may not be the most unique Assam as far as the aroma and flavor profiles go, but it is very approachable, very refined, and very smooth, with a good body and a surprising lack of astringency. On its own, this tea is almost too easy to drink. I have yet to try it with either, but I could see this holding up to both cream and sugar well. I could also see this pairing up with breakfast fare very easily. Moreover, I think this works as more than just a smooth, hearty breakfast tea. I could also see this being a good afternoon pick-me-up. All in all, I definitely recommend this one. If you are a fan of traditional Assam teas, I think you will be very satisfied with this one.

This here is a great morning and afternoon tea. Sure it’s called “Assam Breakfast,” however, it’s a nice mellow smooth rich malty tea that’s great as a pick-me-up. I had tried it with and without cream Western style.

Without cream: there is a nice malty flavor that is rich and mellow, that leaves a nice chocolaty flavor in the aftertaste.

Overall, this was a great tea that could be used as a daily morning/afternoon brew throughout the year. I’d prefer this tea as a Fall and/or Winter morning cuppa.

Thanks again Joshua for the sample!

so smooth, complex & not astrigent