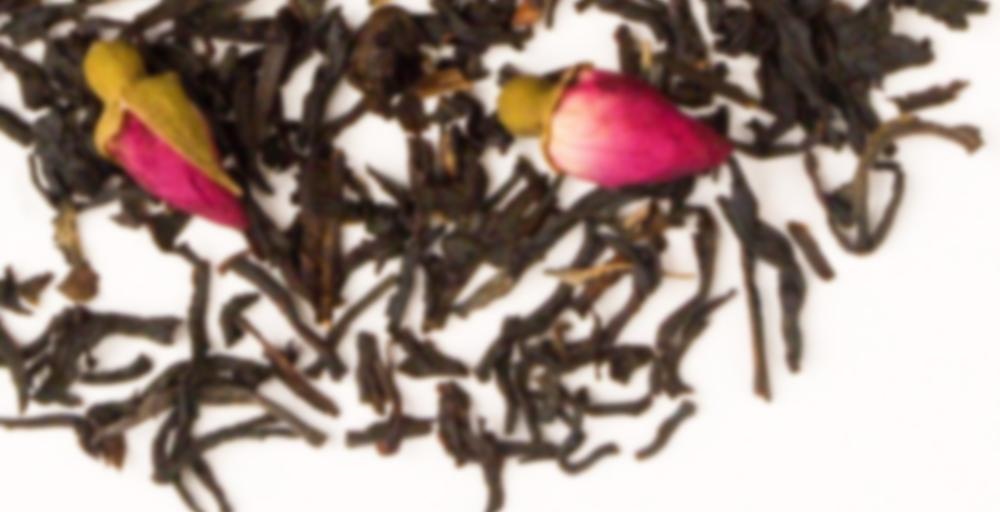 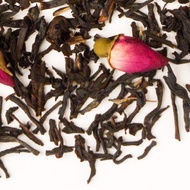 USDA Organic and Fair Trade. For a quiet pause during hectic times, or accompanying a nice chat, our Vanilla Rose Tea will leave you with feelings of connection and contentment. Our rich and flavorful organic Assam blended with organic rosebuds and vanilla is sure to reach even the most frazzled places and help to smooth out your day. As invigorating as it is relaxing. Fantastic with milk and a little sweetener.

A weak, but pleasant tea. This says to steep for only 3 minutes, which has kept the bitterness that I often experience with Assams away. The vanilla is creamy but not too sweet; unfortunately I can’t taste much in the way of roses, but I do get a slight floral smell from my cup. I’d try steeping longer but I’d be scared it would get bitter.

So there’s this magical place in the city called Doughnut Plant that makes the best donuts in the world. Seriously, there is nothing better than their creme brulee donut. It has actual caramelized sugar on top! But my favorite of theirs is the rose donut, filled with floral pastry cream. It’s so good!

And, happily, that’s what this tea reminds me of. Rose pastries! Rose cupcakes! Creamy, smooth, floral but not too strong with just the right hint of rose. I noticed a lot of reviews complain about it being weak but I cold brewed my cup and it came out quite strong! Kind of sad I only got a sample of this one.

OMG rose donut. That sounds like heaven to me.

They are SO good. Now that I’m talking about them I’m going to have to get some this week haha.

So. Jealous. (The creme brulee donut, not the rose, haha.)

OMG yesss added Doughnut Plant to my list of places to visit when in NY. boom!

Yesterday afternoon I completely reorganized my tea drawers. Yes, I used to have only one (these are very large, deep drawers), but my tea collection has rapidly expanded. It’s a good thing I have an office with a lot of space! Now I have one drawer for large pouches and tins, and one for samples. Anyway, as I was going through things I realized that I hadn’t yet tried this sample that was sent to me by SimplyJenW, which clearly got lost in my jumble because a vanilla rose tea is definitely something I want to try. Thanks Jen!

I never realized that vanilla and rose would combine to form some aroma that is both evocative of both but also distinct in its own right. It’s an interesting combo, and I guess one I’ve never experienced before! This tea is an Assam, and I don’t know how much I like Assams (though I suspect they are not on my list of faves), so I’m interested to see how it plays out in this tea. Overall it’s pretty nice, but there’s something about this rose, or perhaps the rose combo with vanilla, or perhaps both with the Assam, that is throwing me off a bit. This is the first rose tea I’ve had that I really think tastes a bit perfumy. To addess the Assam, well for me even at this low temp it is bitter and too strong for me. I’m pretty sure at this point that I dislike Assams in general. C’est la vie, they are not for me who has a sensativity to bitterness. Maybe I can brew them really weak and see how that goes, heh.

last night I was gazing at the zhi tea website myself…. ;-)

My tea of the afternoon….

Smooth base, light vanilla, and then the rose. If I could change one thing, it might be to have a slightly more intense vanilla, but the rest is very good. It is very much a tea party tea. The rosebuds are whole and beautiful, even after steeping.

This tea came today courtesy of SimplyJenW, many thanks!

This is indeed a beautiful tea to look at, even after steeping. The deep pink roses are beautiful. I steeped this one for three and a half minutes and do not find it too strong or bitter. The Assam base has a brightness that is reminding me of some Ceylons I’ve had. I taste more rose than vanilla. I really feel like I am drinking a French tea. The marzipan or honey flavors so common in French teas seem to be making an appearance here, though these flavors are not mentioned in the description. This reminds me of a fuller bodied version of Harney’s lychee. This tea is sophisticated enough for any tea party you could throw its way.

nice and crisp for Spring

This is one of my new favorites, many layers of flavor to it- earthy black, smokey vanilla notes floating on top, with a nice floral finish from the rose.

The dry tea was like smelling a vanilla scented rose. Beautiful to look at with whole pieces of baby pink roses.
Brewed, this tea has the scent of sweet vanilla and a beautiful amber color. Tasted of creamy vanilla and as it cools has a bit of sweet to it. Excellent black tea, definitely a tea to keep in one’s cupboard!!

I’ve had this sample for a while now and it still hasn’t grown on me. What are the tv watching people saying these days? “Does it spark joy?” The answer for this tea is it does not. It has a decent base and isn’t bitter, there is some smooth rose flavor in there, but it just doesn’t excite me.

Heh, I think I heard that in the background on the tv yesterday. I wasn’t paying attention… some lady in San Francisco runs a business helping people get rid of stuff?

Ahaha. It would be interesting to KonMari one’s tea cupboard! I feel like that’s the objective we all try to have with swapping, etc., but it’s hard to do…

I’ve never watched the show, only heard people talking about it. Didn’t know the show was based in SF! There have been several teas that had to grow on me over time, which is why I’m reluctant to dismiss some teas after one cup. Overall I feel like I’m getting better at writing a tea off and tossing it in my get rid of pile.

This tea is pretty to look at with the miniature roses, but that’s about it. It’s sickeningly floral. Couldn’t stand it and it gave me a headache.