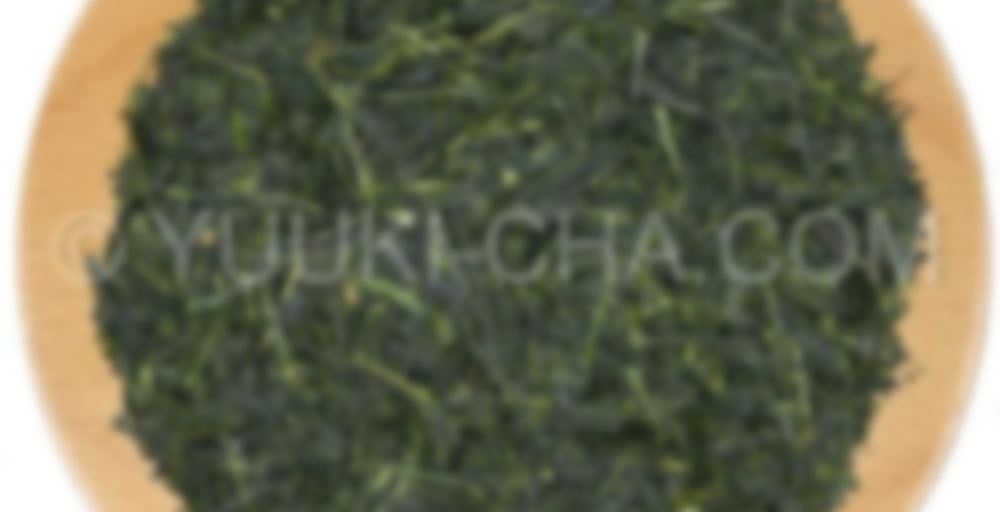 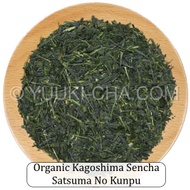 atsuma No Kunpu, first flush (ichibancha) organic Kagoshima sencha green tea from the southern coastal tea growing region of Kagoshima known as Makurazaki made from unique Makurazaki Zairai (native) tea bushes!
In Japan, the word “zairai” is generally used to describe any type of plant that has become native and distinct to a particular region. In the case of this grower’s zairai tea bushes, the grower tells us that they were originally grown from seeds that were collected around the late 19th to early 20th century from open pollinated naturally grown tea bushes that were growing in Makurazaki at the time, and which over many years, have become accustomed to the region, climate, and soil that they are grown in. Therefore, unlike modern cultivars that have been crossed for uniformity in both growth and tea character/profile, zairai tea bushes offer their very own totally distinctive traits.
In regard to the grower’s naming of this organic sencha, “Satsuma No Kunpu”, Satsuma was the old province name of what is now the western half of Kagoshima Prefecture where Makurazaki is located, and Kunpu means a pleasant warm breeze. It’s a sentimental naming that conjures up feelings of the past when the first pleasant warm breezes of spring would sweep across the southern coastal region of Makurazaki breathing renewed vigor and vitality into zairai tea gardens.
Concerning the steaming of this organic sencha, it is classified as a chumushi (medium steamed) sencha which is steaming longer than light steaming, yet shorter than deep steaming. However, we’re inclined to say that its character lends a bit more towards a deep steamed sencha with it’s yellow-green liquor, excellent lifted savory aromas, and brilliantly balanced distinctive sweet and savory taste without any bitter ending or nasty unbalanced flavors. It’s an easy drinker, refreshing, and one you can enjoy cup after cup without any negative impact. Totally excellent value for this healthy zairai speciality organic sencha.