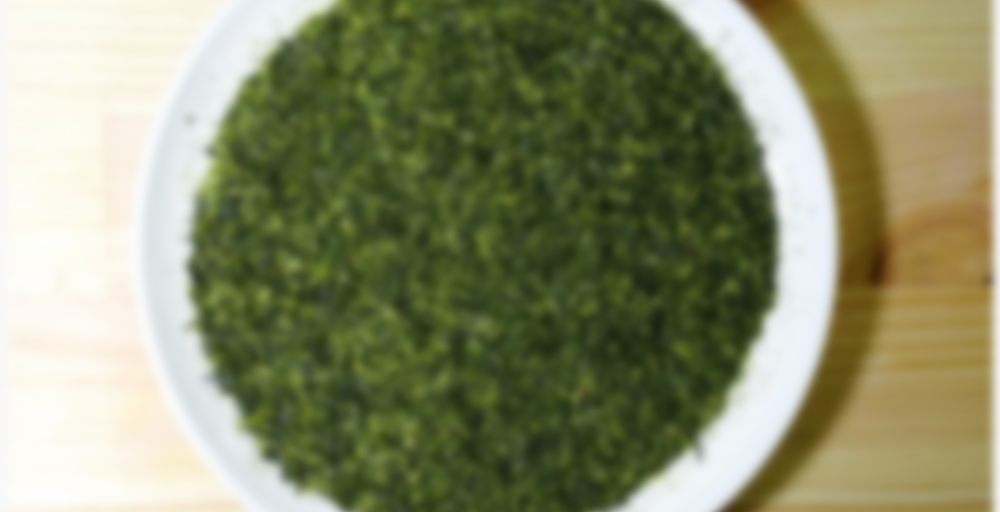 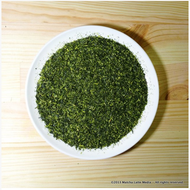 Konacha itself is made up of the smallest, broken bits of tea leaves (not quite powder) left over after processing. Because of the small size, it steeps very quickly.

The Enneagram Self Discovery Box

I’ve had the #1 from Nakamura-en (the gyokuro mecha), so I was looking forward to trying this one even though I know it is the fannings. Considering how flavorful the mecha is, I figure this one must release a lot of flavor, as well.

And I wasn’t let down. Though this is a bit of a pain to steep and strain in the vessel I chose since it clogged up the straining holes and the strainer I poured through, the flavor doesn’t seem to have been affected. The liquor poured light green and was flavorful from the first sip. Buttery and umami with sweet vegetal notes. Smooth without bitterness or astringency.

Steep two comes out even greener and mostly sweet with a lighter vegetal umami backdrop. Quite different from what I’ve had in the past, and a very good in my opinion!

After reading some of the reviews on this tea, I realize I may be the black sheep. I personally was not a big fan of this tea. It was extremely astringent, but not in a good way. It left his astringent taste that just tasted bad. It’s hard to describe. I just found it having a bad aftertaste.

To start, the dry leaf’s appearance was a finely chopped mix of light and dark green pieces. It was very powdery and left an interesting first impression. I initially thought this was a sign of poor quality, but realized that this is what “konacha” means. I’m still new to Japanese terms so I was ignorant of this fact. The smell of the dry leaf was like astringent greens. Very reminiscent of matcha.

For the first infusion, I steeped 5g of tea for 30 seconds at 140 degrees in 75ml of water. The resulting liquor was a greenish/yellow with lots of leaf particles and powder (due to the broken up aspect of the leaf). It did not look super appealing. The aroma was not bad though. It had a very deep matcha smell. Bitter. The wet leaves themselves were a beautiful deep green mush (due to the small leave size). The aroma was nice and light. Not too overpowering.

The taste was umami and astringent. Initially this was really great. However, following the initial burst of umami and astringency was a super bitter bad aftertaste. It was not a simple bite, but a taste that left me running my tongue around in my mouth trying to get rid of all the liquid. Furthermore, this bad taste lingered. Now, this was not something that ruined the tea, but something I personally cannot stand.

The second infusion was made with 250ml of 160 degree water for 30 seconds. The liquor was a very deep green and very matcha like. Much more appealing than the first infusion. The aroma, however, was pretty lacking. It just wasn’t strong enough to really smell. The taste was similar to the first infusion in the fact that it was very astringent and bitter. There was a strong taste of overcooked spinach. Again, a lingering bad bitter aftertaste.

Overall this tea was ok. After reading the other reviews I am looking forward to trying it again. Maybe I simply don’t appreciate the flavor profile. Regardless, at this point it is not my favorite by any means nor would I recommend it.

Wow, this was my first gyokuro from this company. I picked this sample up in the Puerh Plus TTB. This was such an interesting experience, and such a wonderful tea. It’s so food tasting that it’s almost filling.

Steep 1: 140 for 2 minutes in 4oz. Holy crap, this is a buttery mushroom bomb. Creamy and umami to the extreme. Seriously, I have eaten mushrooms that taste less like mushroom than this tea. Honestly, I can’t even find anything in this flavor other than buttery mushrooms. I can’t stress this enough: MUSHROOMS. Okay, maybe I am getting a little of that fresh grass clipping taste that I get with matcha, and probably the dark green of kale or spinach, but seriously, that flavor is so muted under the mushrooms.

Steep 2: Instructions said 8oz at 176 for 10 seconds, and I wasn’t expecting so much color to come from such a short steep. It’s a dark, cloudy green. It’s less intense, thank goodness. I just had mushrooms for lunch, and it’s a little much for directly after. The mushroom flavor is subdued somewhat, allowing the dark green vegetal flavor to shine through. The butteriness remains. I’m still reminded of a really nice matcha.

The flavors don’t seem to change much through subsequent steepings. Really, an incredible tea with a huge amount of flavor. Great to drink before (or instead of) lunch.

Yours I Like This
5 likes
2 comments
Edit
Inkay
Delete

This makes me super-excited to try their gyokuro. I have the mecha waiting to be opened once I finish up the last of my kabusecha stash.

Yes, I’m now interested in getting some of their gyokuro and matcha to try in the spring now, thanks to this tea!

I found this tea intense, complex, and intriguing. It has a velvety quality that is buttery, soft, and yet very stimulating. You could find any vegetable flavor in this tea if you look hard enough in between sips. I found brussle sprouts, kale chips, buttered herbs, and pronounced fresh nori. There is a pleasant returning sweetness, as well. There is a lot of caffeine in this tea. It’s perfect for all-nighters.

The various hues of greens in the dry leaf bits reminded me of the moss in Kyoto’s temple gardens.

This is my second free press sample for this month from Yunomi. I have very little experience with gyokuro, and I thought this one sounded interesting. The “konacha” part of it means that it’s made from the broken leaf pieces that are left over after processing gyokuro. Therefore it steeps very quickly, and is much more economical than regular gyokuro. So cool, I love how the Japanese in particular are so into using every part of the tea plant. The leaf, as you might expect, is very tiny and broken, and it has both green and yellow colors. Dry scent is sweet grass and spinach. I was unsure how to steep this, so I just went with 160 degrees (happens to be my kettle’s lowest setting) for 30 seconds, when I would normally do 45.

The steeped tea is a lovely, slightly murky green/yellow color. It smells thick with spinach and sweet aromas. Whoa, I was not prepared for the flavor explosion! This tea has such an intense and rich umami flavor, it’s so good! It tastes like a puree of rich steamed greens with squash, mushrooms, and a bit of a rich nutty flavor. So rich and intense, but without even a hint of bitterness! There’s just a little touch of sweetness rounding this out, a very mild and natural sweetness like I find in roasted squash. So delicious!

I am a Yunomi affiliate! Please consider using my referral link if you decide to make a purchase: https://yunomi.us/?ref=12