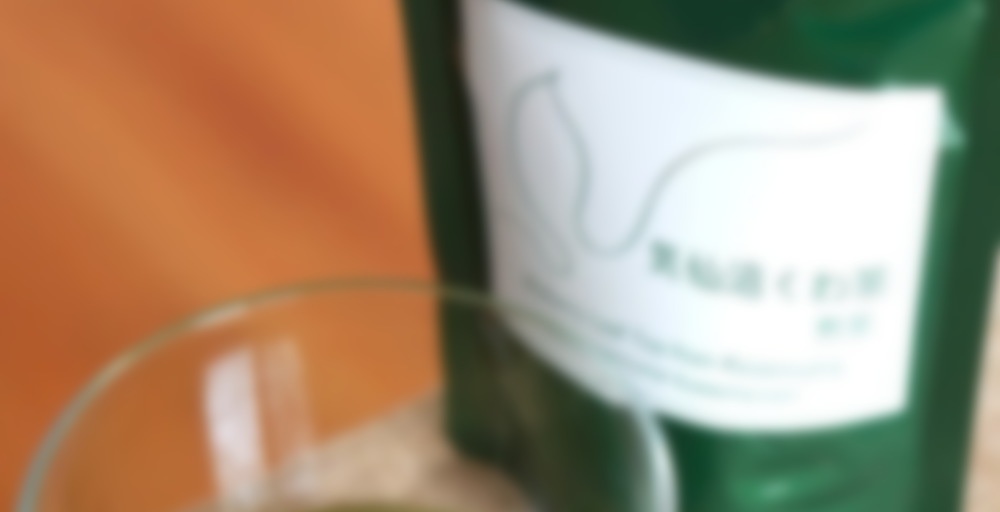 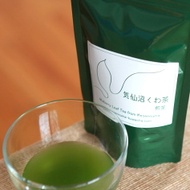 Rare Japanese mulberry tea, or kuwacha (桑茶), is very similar to a light sencha without the caffeine.

This tea (or more accurately, tisane) was made with leaves grown without the use of chemical pesticides or fertilizers in the area between Kesennuma and Minami-sanriku in Iwate Prefecture. A rich but delicate sencha-like tea but without the caffeine, enjoy kuwacha mulberry tea straight or with milk.

Kuwacha, like sencha (Japanese green tea), can be prepared in a teapot.

A very unique sort of tisane, at least for me. I think it was a first for me … the first time I’ve had a tisane comprised of just mulberry leaves. It’s nice though.

This was a really interesting tea.

Mulberry leaf tea is supposedly very similar to sencha, but without the caffeine. The process of making this tea is the same as well as the preparation. Heck, the appearance looks similar (I could be fooled this was a gyokuro) but smells slightly olivey.

Anyways, I found if sencha was a raw vegetable, mulberry leaf tea would be the sencha cooked. The tea is grassy, savory, buttery, with cooked green bean and squash notes. But unlike sencha, this tea isn’t crisp and fresh. It’s different yet similar at the same time.

Cool, interest and practical factor of this tea is high for me, but on a taste level for me, meh. I like tea tasting fresh and crisp. But don’t let that stop you from trying a mulberry leaf tea – it is sooo different than what caffeine free teas that are more popular like rooibos and herbals.

Full review on my blog, The Oolong Owl http://oolongowl.com/2013/08/26/kuwacha-sencha-mulberry-leaf-from-kesennuma-kuwacha-eitoku-via-yunomi-tea-review/

The dry leafe smelled of celery and the wet leafe smelled of something awesome that i can’t describe, lovely comforting sweet aromas.
The taste is interesting, very yummy, I was impressed.
I’ve had other mulberry tea that tasted a little different than this one and I’ve had Jiaogulan leafe teas that tasted similar to this.
I’m not really sure how to describe this or what to think about it, Still very tastey :)
I see other reviws say it taste similar to a Sencha? I’m not sure I havent had enough Senchas But if they taste similar to this I’ll give them a try.
Oh the wet leafe aroma to me was like sweet white corn growing on the cob.

This really does taste a lot like sencha—or even matcha, with less of a bite. It’s mellower and more buttery than a real Japanese green, but it’s got that freshly mown lawn note down. It’s very different from other herbals I’ve tried. Thanks for the sample, Nicole_Martin!