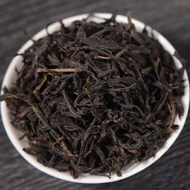 Ya Shi Xiang Dan Cong (aka Duck Shit Aroma) is a rare Dan Cong varietal grown in and around Ping Keng Tou village in the Phoenix Mountains outside of Chaozhou in Guangdong Province. This tea is from 50 to 150 year old tea bushes and trees!