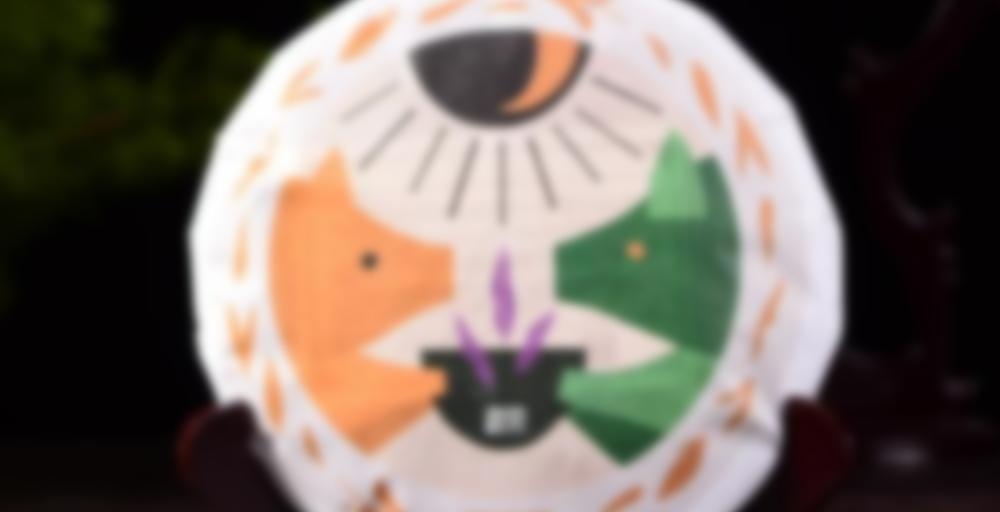 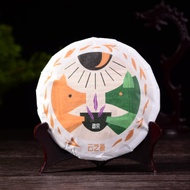 This ripe cake is pressed a from a wet pile batch done entirely from Meng Song area (Menghai County) tea leaves harvested in 2018 and wet piled in late 2018!

Meng Song ripe tea has a very potent cha qi, with a thick tea soup, dark chocolate like bitterness and fruity sweetness. Pure Meng Song ripe tea is relatively rare. It has a unique bitter-sweet character with a fast hui gan and a touch of licorice sweet after-taste.

For those of you who purchase this tea during the year of 2019 expect that there will be some wet pile taste throughout 2019, but will fade gradually as the tea ages. Remember pu-erh increases in palatability and complexity with age! In Chinese we refer to this as 越陈越香.

I’ve only tried a handful of teas from Mengsong, so I’m still formulating an idea of what the characteristics of teas from that area are. If I had to try to describe what I’ve noted about them so far though, I’d say it’s that they seem to be quite aromatic and carry a very unique fragrance in the mouth.

Like with the other Yunnan Sourcing 2019 premium ripes I’ve been reviewing recently, I used half of my sample, so 13.2g in this case, along with the same teaware consisting of my trusty 160ml Yxing zini teapot as well as a teacup and cha hai both made from Jianshui clay. I gave the tea a good, fifteen second rinse, which I drank. It had good body. The taste was sweet, with a somewhat sour and drying finish (in a good way). The sweetness made me think of really juicy, more watery than sweet cherries. A stone fruit of some sort for sure. An underlying mineral character was also present. The aroma of the wet leaves was really nice. Sweet and plummy.

The first proper infusion had a slick texture to it. While the taste wasn’t weak, it was surprisingly restrained. There wasn’t much upfront flavor to speak of, while the finish consisted aside from some minerality solely of bassy notes. The same sour, somewhat drying character was still there. I could feel some fragrance slowly beginning to build up though. So far a very mature, quite elusive tea.

Thankfully the flavor opened up over the next three infusions, growing stronger and fuller with each steep. The liquor had a very solid and stable body across the infusions. The texture, while not stellar, was also well above average and displayed great consistency over the session. It was very smooth, gaining a really buttery quality in the fourth infusion, which is where the tea peaked both in terms of strength and texture, not dropping too quickly after that.

As far as the progression of flavors, the sourness first developed into a more recognizable taste of sour cherries, which was also joined by a touch of bitterness and astringency in the finish. After this the tea made a big shift and turned dominantly earthy. The aforementioned buttery fourth steep had an interesting saltiness to it. I recall some people using “soy sauce” to describe some ripes. While it’s probably not quite right, I think it’s an accurate enough descriptor for the lack of a better word. In the finish I picked up on perhaps a whisper of some dark, fermented fruits, possibly some woodiness as well.

After the fourth steep which acted as a nice halfway point, while the tea retained its earthy, fermented quality and the mineral character running throughout this session, the Mengsong began getting a bit fresher, with perhaps just a touch of some berry sweetness creeping in. In the final brews, the source of the freshness and slight cooling revealed itself to be camphor.

So what are my thoughts on this tea? I think the material is good. It’s been fermented well. This is a good tea. But it isn’t a tea for me. While I got some enjoyment out of it, had some fun with it and found it somewhat interesting, the flavor profile wasn’t really for me. While I do love certain types of sourness such as the kinds you find in rye bread and yogurt, the sourness in this one didn’t appeal to me. It was interesting though as I haven’t run across it too often in ripe pu’er. I think for me the lack of any notable sweetness is what ultimately kills this tea for me, as has been the case with other ripes as well. While I don’t like my teas too sweet, I usually like to see at least some.

Taking a look at the strengths of the tea, while not quite good enough to be selling points for me, the body and texture are well above average and hold stable throughout most of the session. The tea holds up surprisingly well even in the later infusions. While not the most fragrant shu at this point in time, there is definitely a faint fragrance that builds up in the mouth and this is something that will hopefully improve over time. Personally I found this tea somewhat more demanding than your average shu, demanding more attention especially in the early steeps. I feel the wet piling has preserved a lot of the original character of the tea and fans of Mengsong teas will likely be able to appreciate it the most.