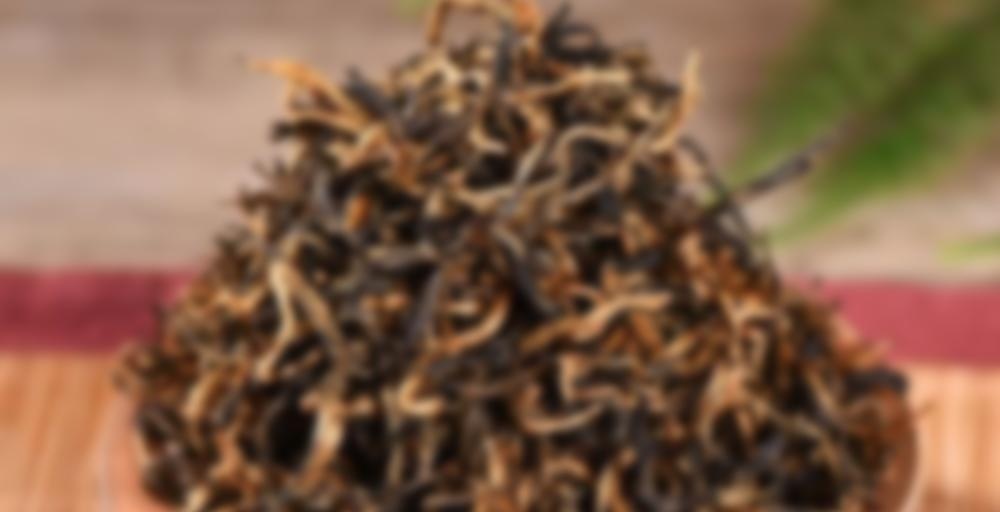 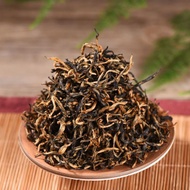 Golden Honey Aroma is a Mid-March harvested black tea grown in the Ning’er area of Simao. It’s an old varietal that is referred to as 老号 (lit. old type), which has been grown in this area by several families for a few decades, although the varietal is much older and is likely close to pure assamica.

The tea is sweet with honey, dried cherry and orchid notes. It is thick and juicy, with a hint of chocolatey maltiness, all wrapped up in a tea soup that has a long-lasting viscous mouthfeel. Your sense of smell will not be left out of the enjoyment, either, as the aroma of this tea is indeed very strong. Honey and dried fruit characters abound, making this tea more than worthy of its name, Golden Honey Aroma!

A delicious tea that is sure to delight and awaken the senses!

This is the first time drinking this tea! When I warmed the leaves in the gaiwan without waster the leaves had a fruity, nutty, and toasty aroma. I did a 10 s wash and the first steeping was for 10 s at 194 degrees F. The tea liquor was golden as I outed and had a dark golden / reddish hue. I had tea foam from the tea wash and first two pours. When I smelled the leaves after the wash and first steeping the leaves had a citrus aroma. I can’t help but say as I steeped in the tea leaves had a fruity pebble aroma to them. The tea was warm, toasty, sweet sometimes on the inhale. Overall a fun and complex yummy brew. Can’t wait to try again!

I keep meaning to follow the prompts on Mastress Alita’s sipdown thread, but since they are just a couple days a month, I always seem to forget until a day too late. However, today both the sipdown thread and the Tea Together Tuesday prompts have to deal with National Pizza Day so I remembered!

I planned on doing a pineapple tea since I think that’s where the prompt was guiding us – mostly because a cheese tea or a pepperoni tea seems weird but pineapple isn’t. However, I could only think of one pineapple tea in my stash and it was Pineapple Upside Down Cake and that didn’t seem right. Instead, I picked a different pizza…

When I worked downtown Toronto, there was a restaurant that made a pizza with gorgonzola, pear, walnuts, and honey. That is the pizza that caught my eye. There was another pizza I used to get with more traditional ingredients and then a chili honey drizzle. So ultimately I have determined I like honey on pizzas and so a honey-like tea seemed a good call.

Many black teas have a honey flavor to it but this was the one that had honey in the name, which made it the quickest for me to find when I did my search in my database for a honey black tea. Weirdly enough, its not overly honeyed in its flavor. It is malty an has a touch of honey but there is also the slightest hint of smoke. Also wheat/bread. I guess that works for pizza in a different way but was certainly surprising when I started drinking.

This is good but unexpected. I don’t know if I need more of this but I am happy I have another cup worth to try thanks to Sil’s generosity. Thanks for sharing, Sil!!

That pear one sounds delicious!

I’m going to have to try honey on my pizzas now!

This is a very aromatic and enjoyable Dian Hong. The aromas are indeed quite complex, with notes of dried fruits and honey. It feels a little harsh and somewhat less smooth and more astringent than most Dian Hongs but maybe that’s also because it’s only 5 months old?

Another sipdown. This was a nice one to try. I like exploring YS teas. Some are hits, some are misses but most of them are pleasant if not “must haves”

Two months of waffling around on this while trying to use up all 100 grams and now I’m head over heels for it. Thought I’d get bored after a few cups, but no, I have to stop myself from grabbing this when making tea for work because I’ve developed something of an addiction. It tastes like orchids and chocolate and honey and I can’t stay away. Never liked a tea enough to reorder 8.8 ounces of it, but here we are.