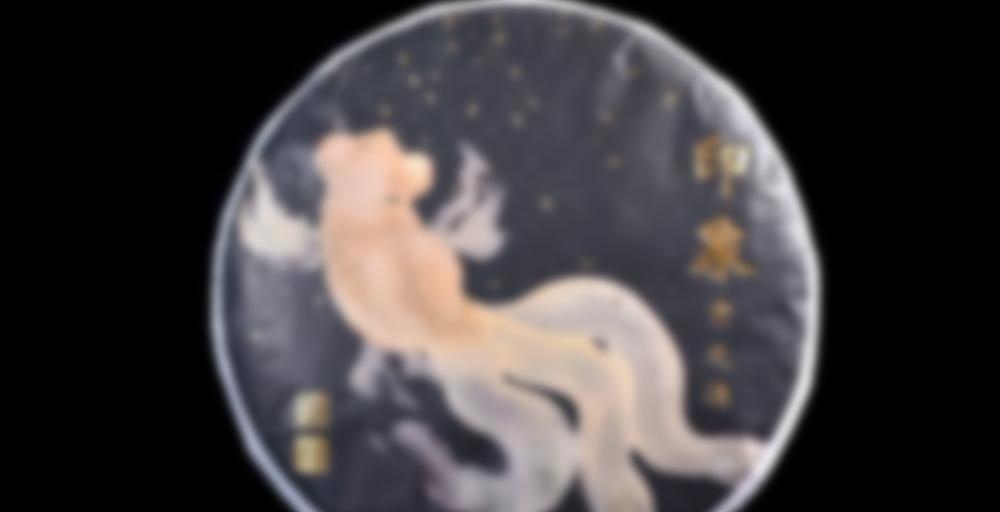 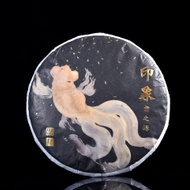 by Yunnan Sourcing
75
You

This year’s Impression cake is a blend of tea leaves from Spring and Autumn, originating from Mengku, Bang Dong, and Jing Gu tea gardens. Unlike previous years this is a 400 gram cake (not 357 grams).

The tea has been grown naturally and processed in the traditional method. We blended various teas together to achieve a powerful blend that has strong mouth feeling, cha qi and a balanced sweet, bitter and astringent profile.

In 2012 I created the first impression blend to be an alternative to a Xiaguan or Da Yi 7542, but it has far surpassed those mass market teas in both quality and value! I also feel strongly that this tea being very strong in aroma, mouthfeel, bitter/astringent, infusability and Cha Qi, makes it a good choice for long-term aging!

This tastes like a completely different blend/processing than the 2012 (that was far too smokey for me). Now the positive reviews of other years from this line make more sense.

It’s like a Hershey’s bar. You can get as fancy as can be with chocolate, too, with single origin, single estate, x% dark, et cetera, but the nicer stuff in pu gets prohibitively expensive fast, so there is often a need for something cheap, dependable, and more or less universally pleasing that gets the job done. Impression 2018 is your perfect raw puer Hershey’s bar… err.. cake. It’s raw pu for people who are looking to stock up on it the way someone would stock up on TP.

Hershey’s, if I recall correctly from the bygone days when I could still have milk chocolate, had a sort of sour (internet says this is due to butyric acid, a byproduct of lipolysis, which is itself a method of milk stabilization. uh, great to know, thanks internet), tacky aftertaste and mouthfeel. Anyway, in a similar fashion, Impression has a very slightly harsh throat feel. But no one reasonable would mind that at this price point given that it’s still very drinkable. As in, no one could claim that they had not had raw pu after having this. And probably very few people who would like other raw pu to begin with would come away from an Impression session claiming they absolutely hated it.

It isn’t anything to write home about, but the existence of totally drinkable raw puer still available at this price is something that the whole community rightfully celebrates. Glad I tried it!

I liked it. The overall quality and balance are good, characteristics are generally positive, and value is really good for selling at such a low price for tea that’s medium in quality level. I just comparison reviewed it along with the 2017 version (which isn’t an even comparison, aging one a year longer) and it was interesting how similar they are. This is a bit narrower in range, with a bit more vegetal scope, which I interpret as complex wood and pine, but another year of aging may soften it and broaden the expressed flavor range. It has a bit of dryness to the feel the 2017 didn’t, but again it would help to compare tasting these at exactly the same age, and I tried a 2017 sample a half year later in an aging cycle. It’s on open question to me if the tea will really improve a lot with well over a decade of age; it could be a bit more intense, with a little more bitterness and astringency earlier on. All that just means it’s better young than it might be, and could be very nice at 2 to 3 years old instead. The full review:

Perfect timing. I saw where mrmopar had put this in his cupboard and asked if he had tried it. I recently picked up a cake of this, too. Thanks for being brave and sampling it. Watching Scott and his wife drink it, I got the “impression” (hee hee) that they didn’t care for it as much as the 2017. Here’s hoping it ages into something amazing. I’ll give it a try in a few years.

I would try it now, in order to see how the aging transition works out. It’s the only way to know how those patterns go, to try a large number of different cakes before you think they’ll actually be ready to see how they start, and then maybe once or twice a year until you plan to get to it. Also there’s a standard take in aging sheng that many are fine within the first year, some need a couple of years to soften and transition a little, and some need at least a decade to change a lot. Different people parse that type of divide out differently but not many seem to think many teas peak between 4 and 5 years old, or make much sense to drink between then and a full decade. I’m guessing it really just depends on the teas and on preference, but all the same I’d try teas at least once a year to check on what changes.